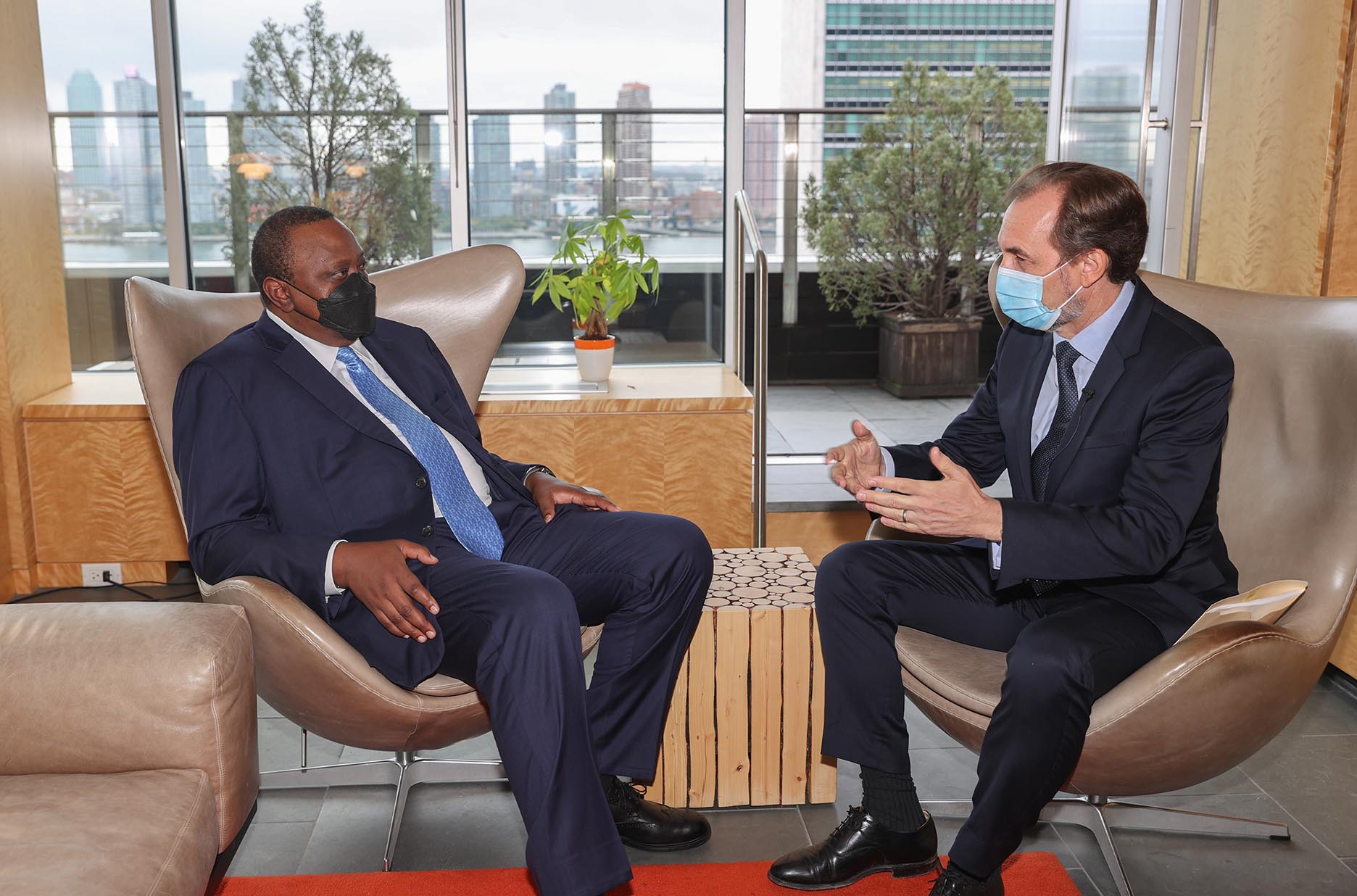 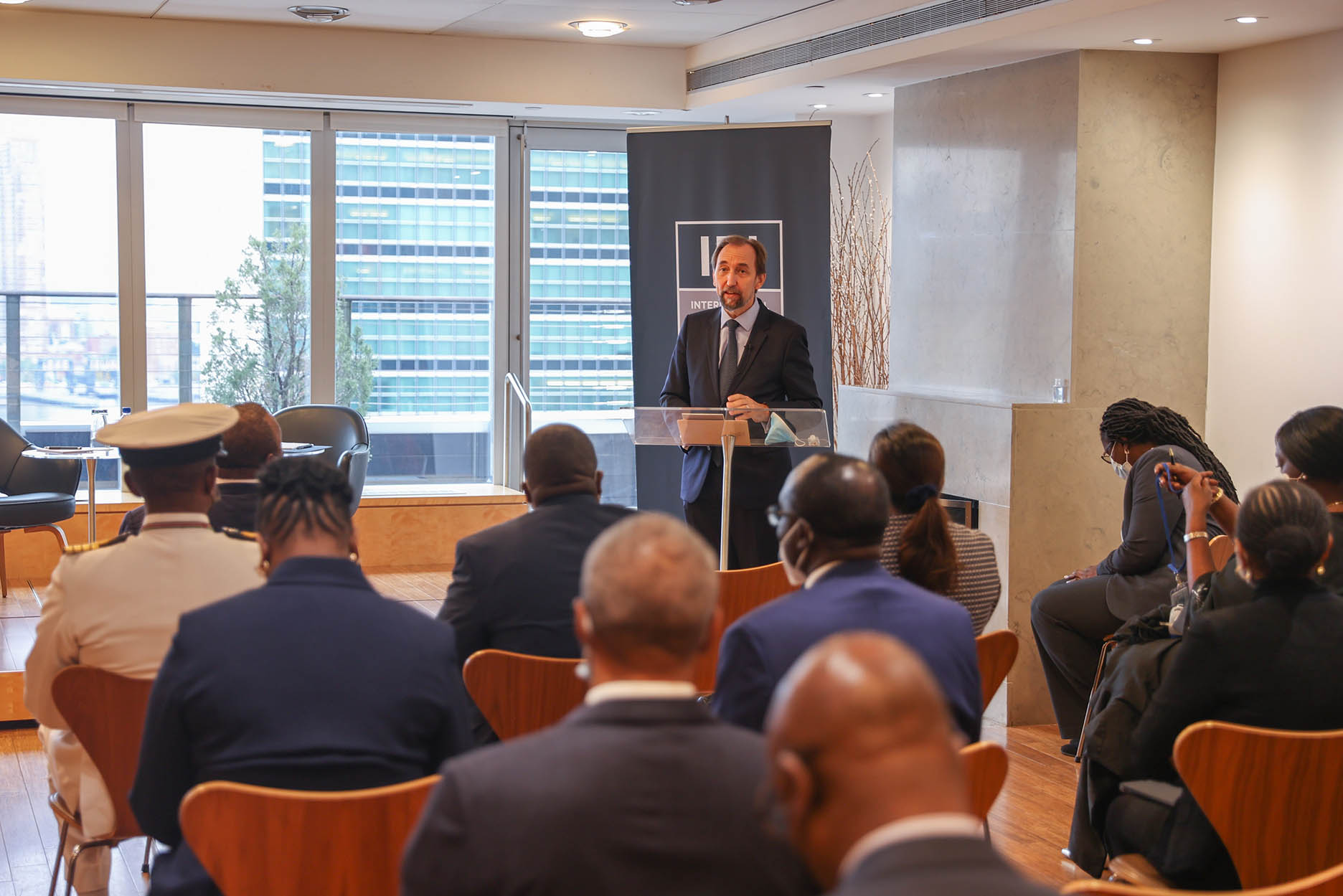 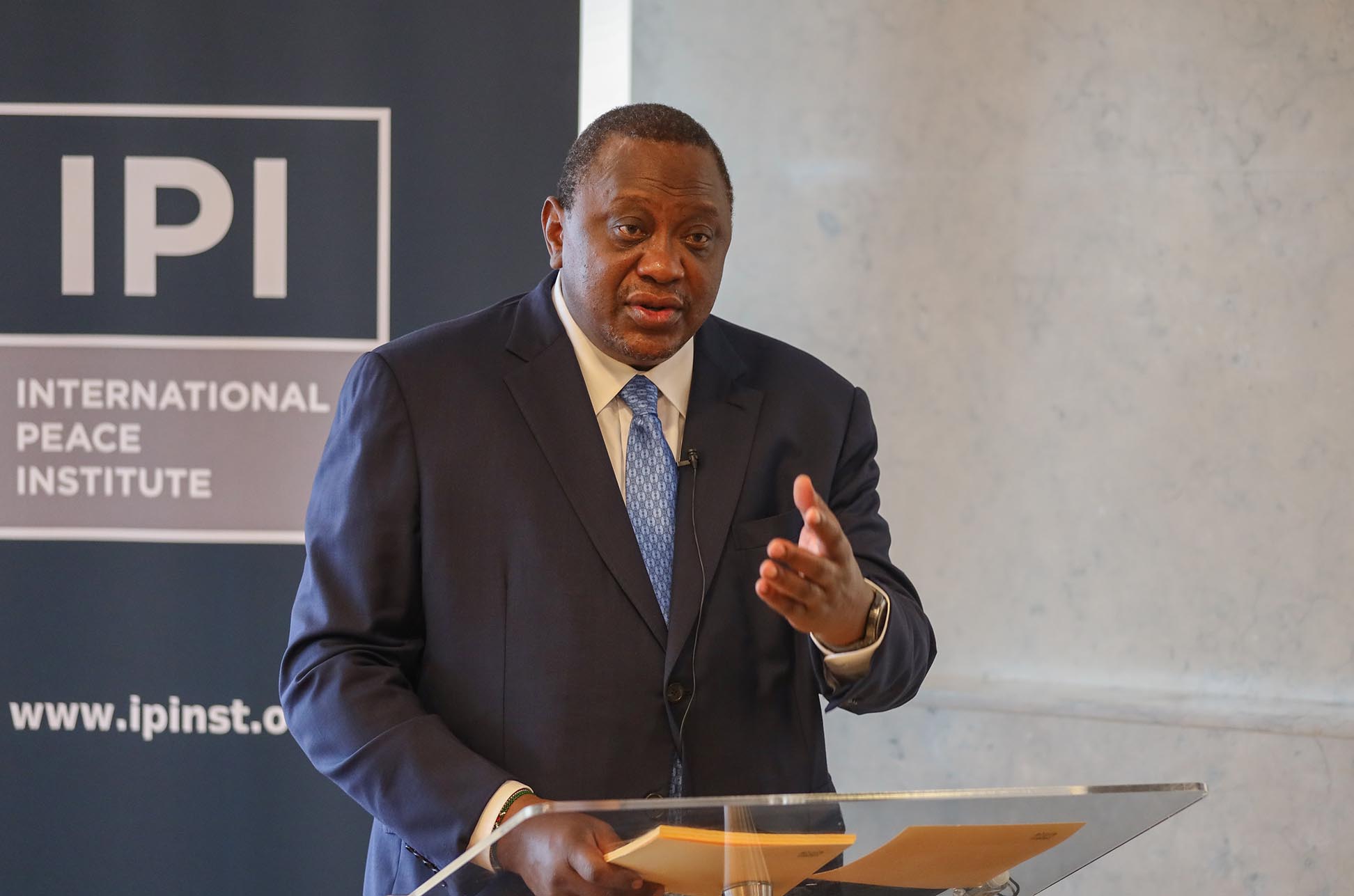 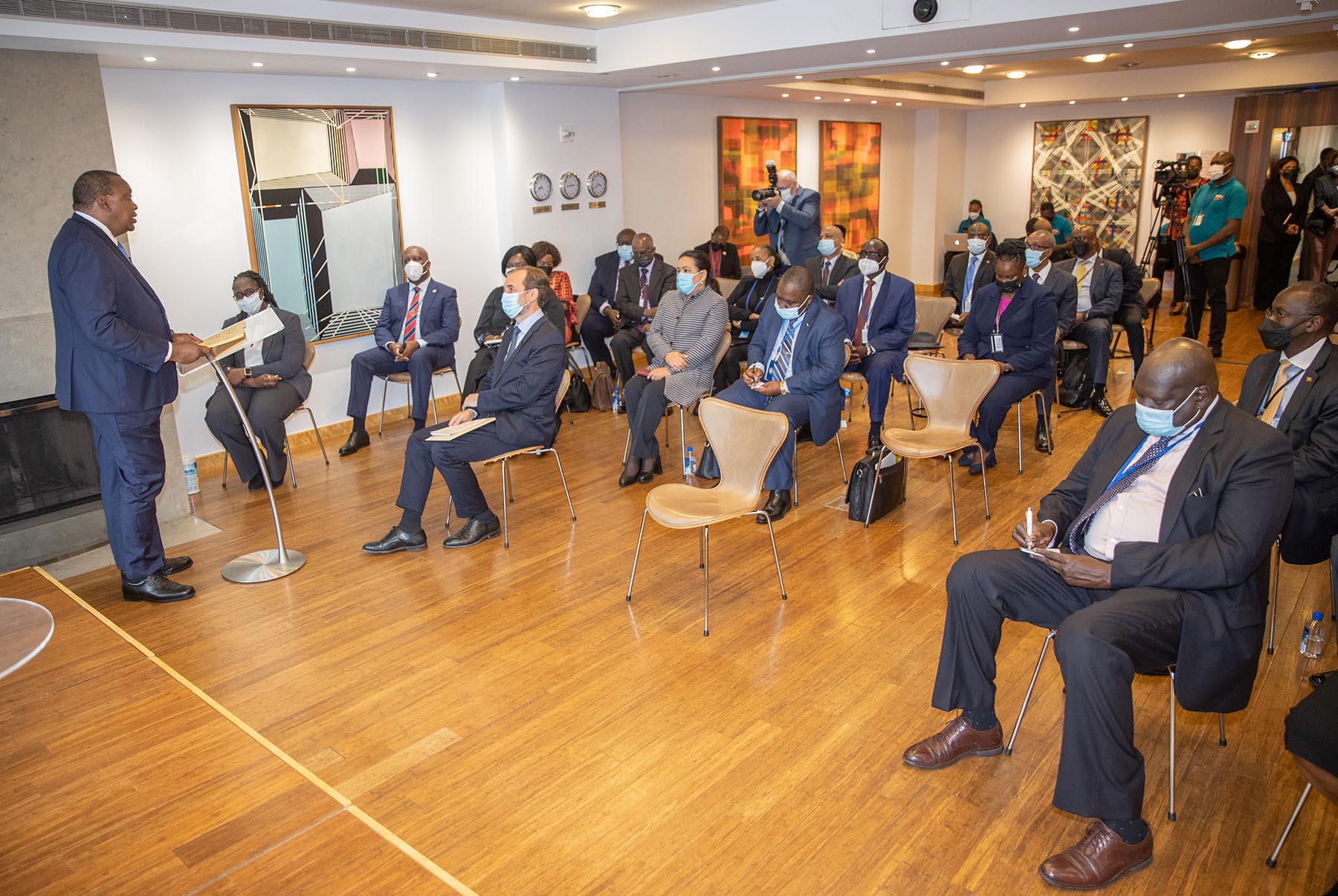 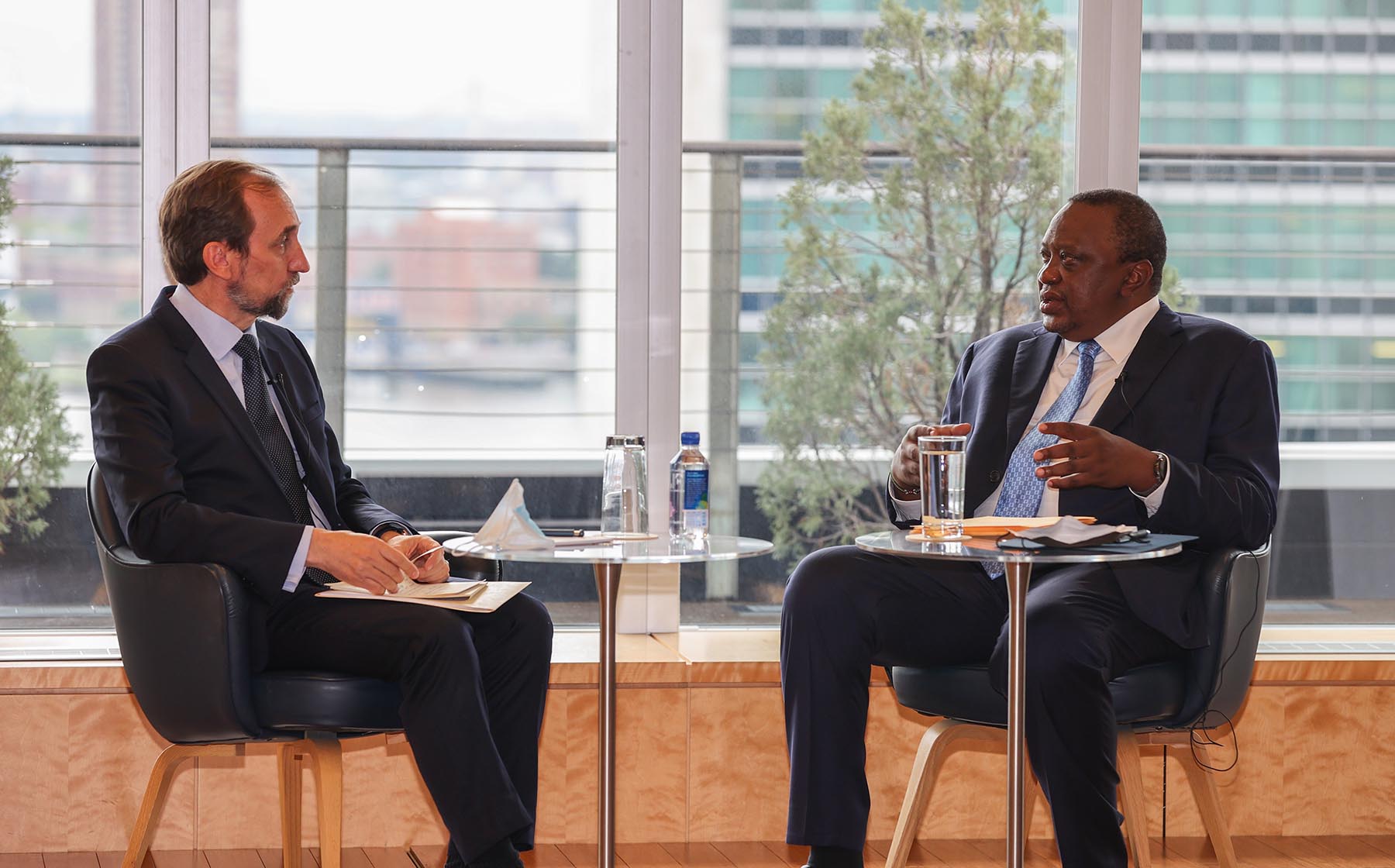 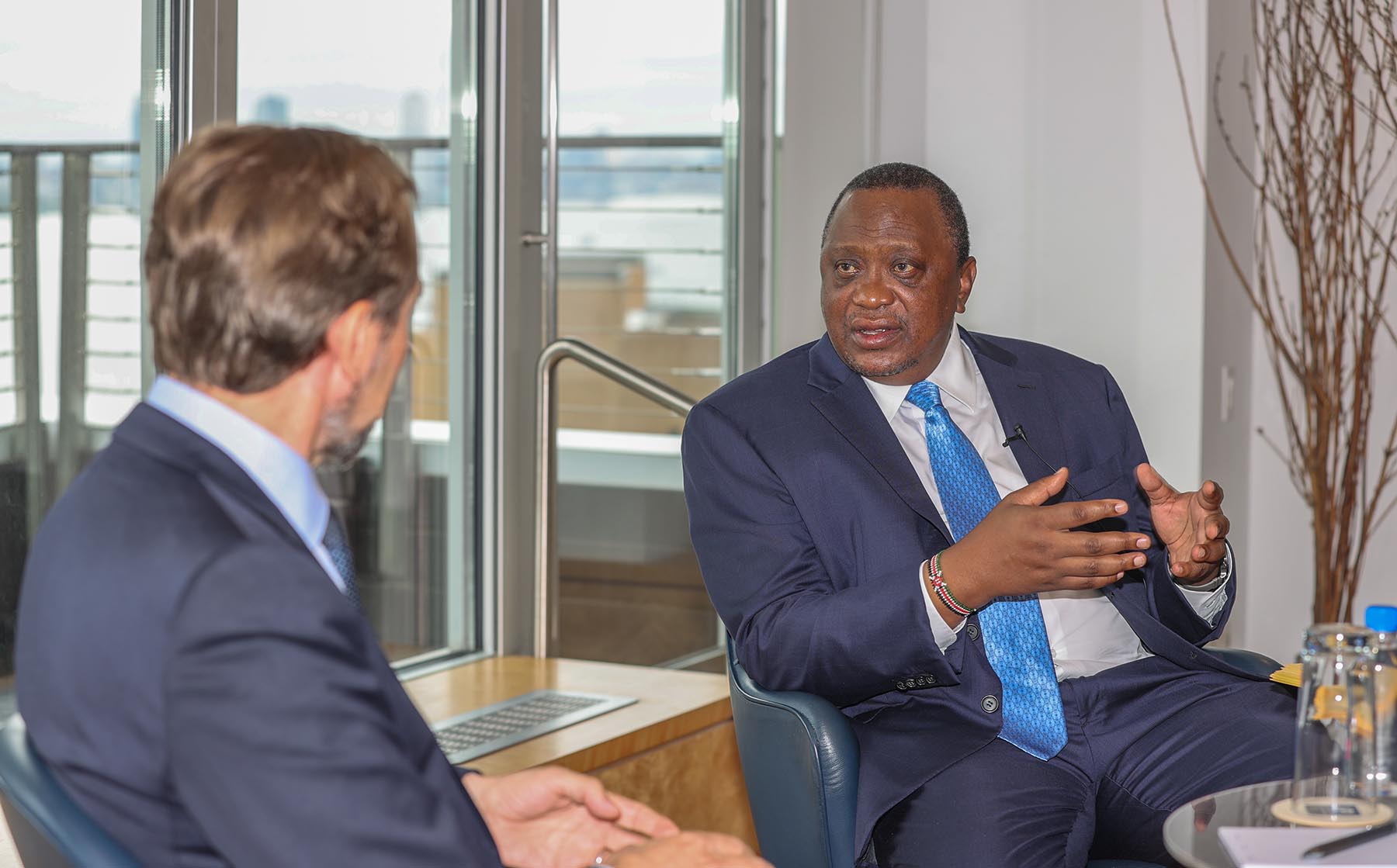 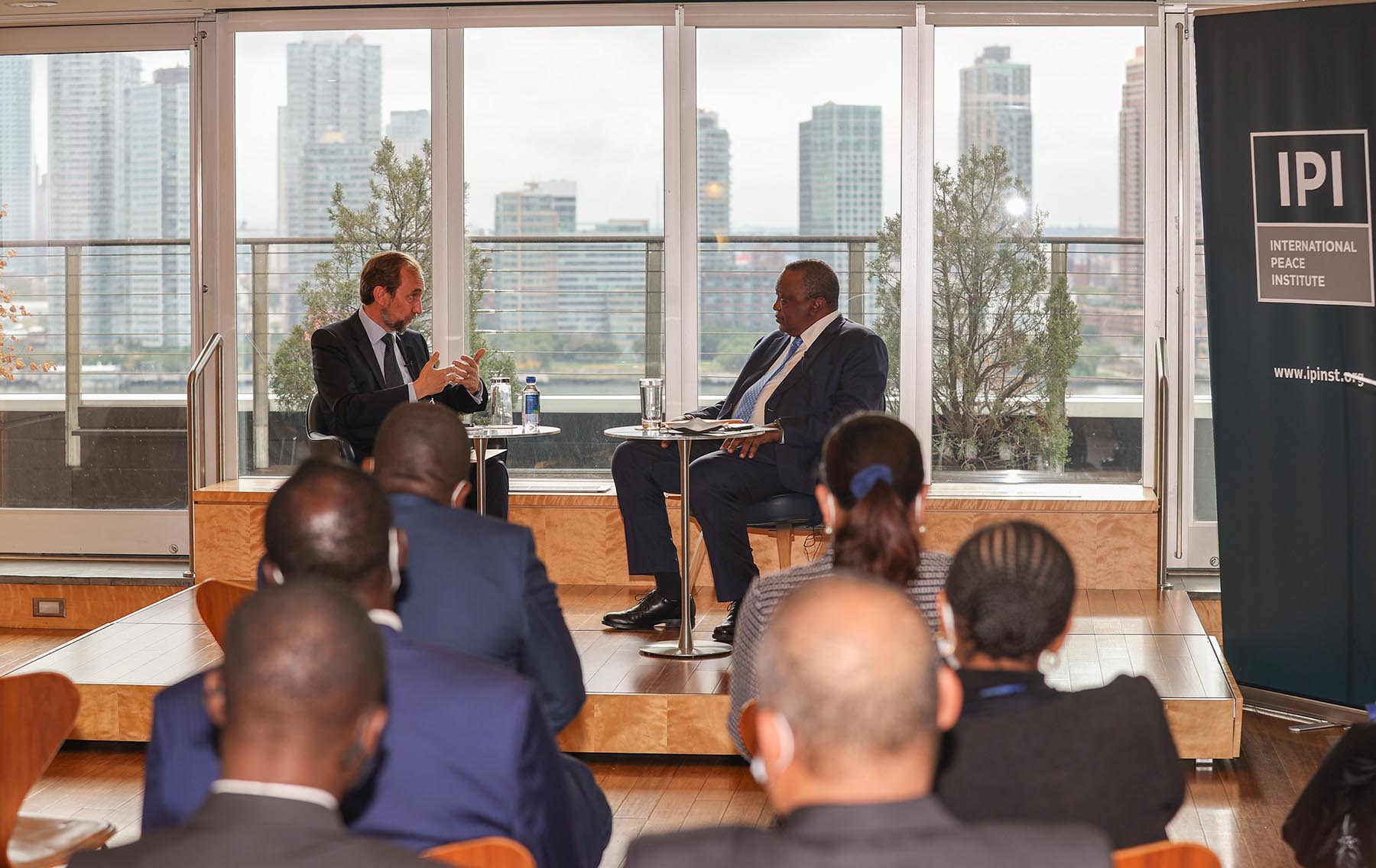 He regretted that Africa had for centuries played a peripheral role in the global search for sustainable peace and security despite its huge potential to advance the agenda.

“The challenge of the modern African experience, has existed for over five centuries. It is born of the experience of slavery and colonialism, and its residual effects on our families, communities and our countries. As a result, Africa has been excluded from the fruits of global industry, trade and investment.

“From where we sit, we need a new multilateralism that puts global Africa at its heart, if we are to respond adequately to the Secretary General’s call for meaningful change,” the President said.

The Head of State spoke Tuesday in New York during a Global Leaders’ high-level discussion organized by the International Peace Institute (IPI) on the second day of his official visit to the US. The President and his host, Former Permanent Representative of Jordan to the UN Zeid Raad Al Hussein, discussed the UN Secretary General’s Common Agenda Report.

On Kenya’s two-year membership of the UN Security Council and its Presidency for this month of October, President Kenyatta said the country’s desire is to lead in revitalizing multilateralism by, among other interventions, ensuring that Africa plays its rightful role in the search for global peace and security.

He reiterated that Africa must take the centre-stage in finding solutions to security challenges facing it as well as the global south, and proposed the repositioning of the continent as ‘Global Africa’ so as to give it a Pan-Africanist approach.

Once again, the President singled out climate change, biodiversity loss, and unending conflicts as the three leading challenges holding back the progress of the African continent.

On Covid-19, President Kenyatta regretted that the multilateral system had failed Africa and the rest of the developing world through the inequitable supply and access to the life-saving vaccines.

“The ongoing failure to deliver Covid-19 vaccines to the global population is the latest and most prominent evidence of the weaknesses in multilateralism,” the President noted.

Kenyan Head of State also spoke about the political, security and humanitarian challenges facing Haiti saying Kenya was in the process of assembling a response package to aid the struggling Carribean nation recover from the devastation.