Speaking about the new exciting partnership, Michael Kimuli, the Monster Energy Business Manager in Uganda, noted that the partnership will give Ugandans an opportunity to engage with both the Predator Energy and Liverpool FC brands as well as avail consumers with an opportunity to stand a chance to win exciting Liverpool and Predator merchandise. 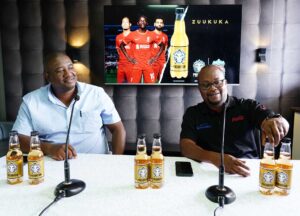 “We are excited about this opportunity for Predator Energy to partner with a top global brand such as Liverpool Club as their official energy drink partner. Predator Energy promotes strength, endurance, and courage – values that the club shares – to achieve success and meet challenges that may come its way,” he shared.

As part of the global multi-year deal, the partnership will provide Predator Energy with the opportunity to promote its brands across the club’s channels and engage with the club’s global fanbase. Predator Energy drink currently available in over 25 countries EMEA, Latin America and soon-to-be South Asia will be permitted to use Liverpool FC players and the club’s crest in the advertising and point of sale across its global sales network. 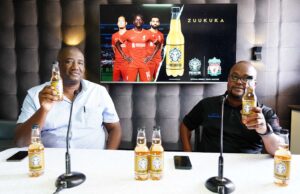 Isaac Sekasi, Business Development & Commercialisation Director at Coca-Cola Beverages Africa in Uganda (CCBA) said: “We are very excited about this partnership because it allows Predator Energy to endear itself to football fans and customers of the Predator brand. This is the start of great things because not only are we tapping into our customer’s passion points, but we are also bringing them to life and continuing the culture of big excitement and fun especially during this COVID-19 pandemic,” he said.

“And with that said, we as Coca-Cola Beverages Africa in Uganda continue to encourage everyone to practise the standard practices in keeping safe, wearing masks and sanitizing. This partnership is about engagement with fans, and we look forward to that, but we must stay safe,” Sekasi reiterated.

To launch the partnership, the Liverpool FC men’s first team will feature in a special commercial to demonstrate the Predator Energy brand values of Strength, endurance and courage.