3 Reasons Why Every Organization Needs an Augmented Reality Strategy 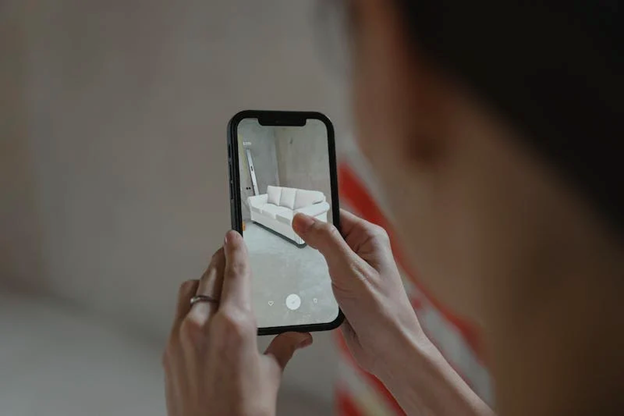 Augmented reality (AR) – it’s one of the biggest buzzwords in tech today. It’s been all the talk, and rightfully so. Since its inception in 1968 by computer scientist Ivan Sutherland, AR has undergone multiple stages of development for it to become the popular innovation that we see today. Before getting into why you need it in your company strategy, let’s dive into what AR truly means.

What Is Augmented Reality?

Game-changer, revolutionary, and the next big thing – these have all been used to describe augmented reality, an innovation that has shown great promise by bridging computer-generated content to the real world. Thanks to the help of AR-capable software, adding different digital elements to the real-world environment can be done seamlessly with your device.

Why Your Organization Needs an Augmented Reality Strategy

With that being said, it’s safe to say that every organization needs an augmented reality strategy. Regardless of the industry you’re from, you’ll find a way to incorporate AR into your company operations. But if you’re not quite convinced yet, here’s why you should dabble with this tech:

Stand Out From The Competition

With many brands offering similar products at similar price points, it can get quite difficult to set yourself apart. One way to differentiate yourself from the competition is by incorporating augmented reality in your marketing strategy. And especially if you’ve been trying to innovate with your marketing plan, switching it up by including AR can make your offerings more interesting.

Let’s take a look at one of the biggest real-world applications that we now see today. Snapchat, a popular instant messaging app, tried its hand at this innovation with the release of the augmented reality feature. The “Lens” feature changed the way users view not only themselves but also the world. Whether a user wants to post a story or send an instant message, they can add 3D effects, objects, and other digital elements to make their experience more immersive.

And this feature wasn’t just gated to your average Snapchat user. Brands have harnessed the power of this feature. One of the biggest examples is Gatorade’s Super Bowl Lens. The geo-filter allowed users to experience the splash of orange Gatorade from a virtual cooler, which was activated by the simple act of opening their mouths. The filter became so popular it received 160 million impressions – which was more than the viewers who tuned into the game. Other brands such as Dior and Gucci have also capitalized on this feature, giving users a chance to “try” on their sneakers thanks to the power of AR. And with over 250 million users, the popular messaging app has shown that this strategy has been and will continue to be effective for brands.

Many companies face the struggle in training their employees. Especially when the skills needed are too technical, they can easily forget the topics – more so when the teaching method is uninteresting. One way to spice up company training is by utilizing AR in your teaching methods. By doing so, you create a more immersive experience for your employees and they are more likely to retain this information.

Using AR as a form of training is also beneficial to employees in risky jobs – those that could cause physical harm. It also works for training people in technical jobs such as those in the manufacturing industry. With innovators constantly improving manufacturing technology, it can get hard to keep up with learning how to use various equipment. AR solves this by allowing employees to train with step-by-step instructions. Couple this with easier retention of information, there’s no need to be afraid of upgrading your manufacturing equipment.

Everyone knows the struggle of product development. It’s usually a costly investment in terms of time and money. Not to mention that there’s no guarantee that your newly launched product will be a hit in the market. Fortunately, augmented reality also has applications in product development. When developing a prototype, for instance, you can immediately ask feedback from your team without manually creating one. This can be extremely helpful when a client’s request requires multiple variations of the same product. And should there be any changes to your prototype, all you have to do is change it digitally. AR allows you to explore different design ideas for your prototypes so you can determine their feasibility in the early stages.

While others believe that augmented reality may just be a trend, all signs point to its longevity with its real-world applications, which aren’t limited to marketing and training. With many more use cases yet to be discovered, this changemaker is just getting started.