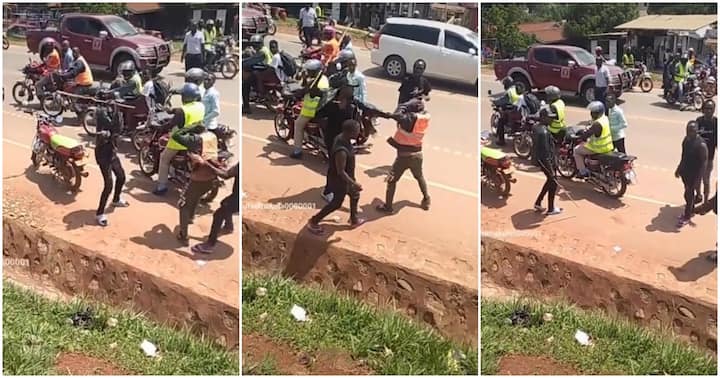 Ugandan musician Jose Chameleon has gone viral after a video of him caning a boda boda rider who allegedly scratched his Range Rover surfaced.

Singer, Jose Chameleone last night came out of his Range Rover Biography raging with anger and caned a Boda Boda rider for scratching his car.

The incident happened in Makindye as Chameleone drove home

In the video trending on social media, Chameleone can be seen canning a Boda rider like a cow as one bystander in the back ground say, he has not knocked you 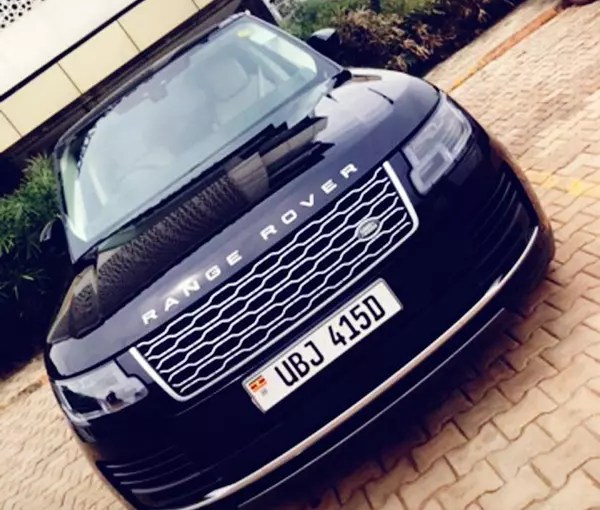 While speaking at an event organized by Toyota Nuwagira, Chameleone went on record to say, he never left the ruling National Resistance Movement (NRM)

My greatest witness can be Mr. Toyota, my friend, I am still your family, I have never left NRM. If you doubt that, put up your cameras and record me. I am still NRM.

The singer’s speech must have moved Toyota who snatched him off the stage, held his hand, and led him to where his car, a Range Rover 2021 model was parked and handed it to him.

A joyful Chameleone drove it home and has since changed its ownership.

All this canning drama comes at a time when Chameleone is organising his ‘Gwanga Mujje’ concert slated to take place at Cricket Oval – Lugogo on February 10.