The Red Devils have put a new striker at the top of their summer shopping list with funds thought to be available for Erik ten Hag. Wout Weghorst has been signed on a loan deal until the end of the campaign but the Dutchman is only thought to be a stop-gap.

A number of sought-after options have already been sounded out ahead of the summer window with Spurs star Kane a priority. According to Mail Online, executives at Old Trafford have already started exploring the feasibility of a deal.

It is suggested that Kane would be open to making a move to join United – news that will no doubt bolster the hopes of those at Old Trafford of sealing his services. The 29-year-old also has just 18 months remaining on his current contract in North London so Spurs might need to sell sooner rather than later if they hope to recoup a considerable fee for his services.

It is thought that there is a lack of optimism at the Tottenham Hotspur Stadium over convincing him to stay beyond the end of that deal. Daniel Levy is reportedly aiming to receive in excess of £85m should he decide to sell Kane sooner rather than later which is a dramatic reduction on any previous asking prices.

The Spurs chairman reportedly wanted to receive £150m after Kane was linked with a move to Manchester City in the summer of 2021. It was suggested that Pep Guardiola’s side table a bid of £100m for the striker only to see that bid turned down. 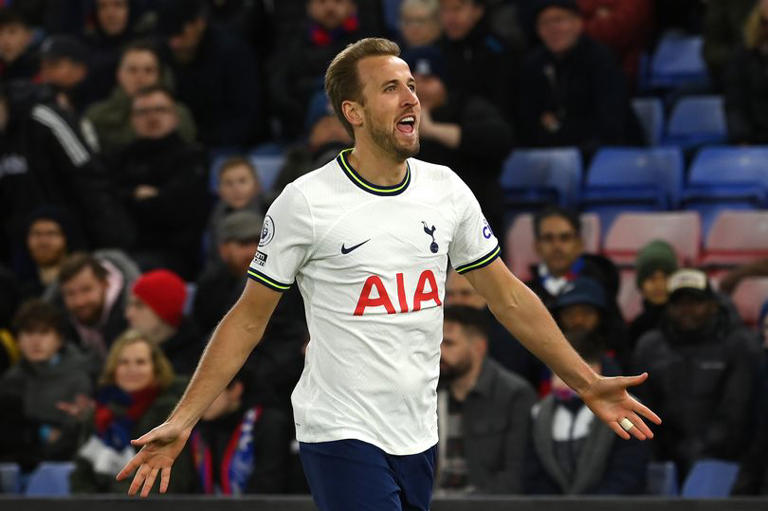 Do you think Tottenham would sell Harry Kane to Man Utd? Share your predictions in the comments below

They instead sealed a move for Erling Haaland – the Norwegian having hit 22 goals in his debut Premier League season. Kane remains in second in the running for the Golden Boot with 15 strikes of his own. While Kane is being eyed, he is not the only option currently being considered by United for next season. Napoli sensation Victor Osimhen is also among the frontrunners.

A move for the Nigerian might be difficult too considering the Italian side paid a record fee for him and would want to receive in excess of that. His excellent performances have also continued this season with an outstanding 13 goals in 18 games in all competitions this term.

A final option could well be Red Bull Salzburg striker Benjamin Sesko. A swoop for the 19-year-old also looks somewhat complicated having already agreed to join German giants RB Leipzig this summer. United’s current top scorer this season is Marcus Rashford with the Red Devils’ academy prospect having netted 16 goals in all competitions this term.