French players have warned Kyle Walker to get an “early night” before facing Kylian Mbappe and wished him luck succeeding where all others have failed. 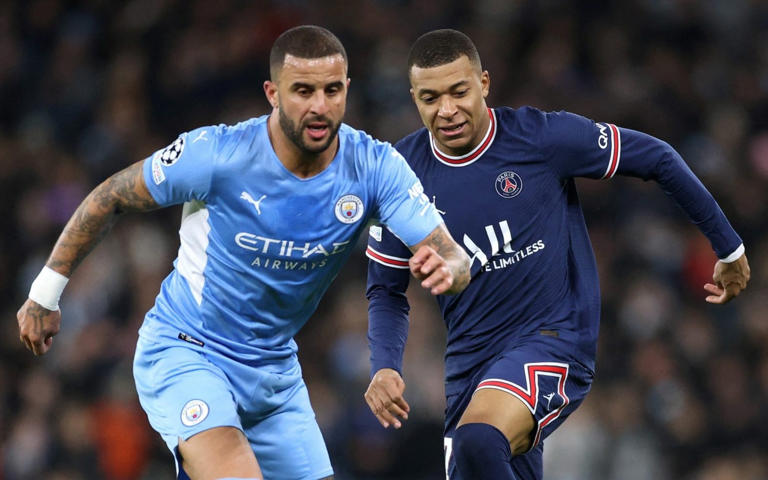 Walker’s comments about refusing to roll the red carpet out for Mbappe was the topic of several questions aimed at Didier Deschamps’ players before Saturday’s quarter-final at Al-Bayt Stadium.

The England right-back, who will come face-to-face with the France forward, has been previously mentioned by Mbappe as a full-back who has caused him problems but his team-mates say they have total faith in him adding to his five goals in Qatar so far.

“Hats off to him. If he can stop Kylian Mbappe, good for him,” said France midfielder Youssouf Fofana. “But there are 19 other teams in the French league waiting for that answer, the truth will be on the pitch and we will see what happens on Saturday. As a Frenchman we all believe in Kylian.”

Mbappe, the World Cup’s leading scorer, trained on Thursday at France’s Al Sadd Sports Club training base with his team-mates and Deschamps started video analysis on Gareth Southgate’s team in the evening, with set-pieces among the parts of the game they are looking at.

Dayot Upamecano classes his team-mate Mbappe as among the best strikers in the world. “He cannot be compared to other players, he is a world-class player and difficult to defend against. You have to go to bed early,” he said.

‘A good fight in midfield’

Other questions aimed at France players included the strength of England’s bench in comparison to Deschamps’. Southgate was able to bring on Marcus Rashford, Jack Grealish, Mason Mount, Kalvin Phillips and Eric Dier in the win against Senegal in the last 16, with Raheem Sterling also rejoining the squad. France brought on Fofana, Axel Disasi, Kingsley Coman and Marcus Thuram for their victory over Poland to seal their place in the last eight to face England.

“I wouldn’t say he is the only threat as they have a very strong team,” Upamecano said. “I know him from Dortmund and it is always a war with Bayern. He has real talent and is a very good player.

“He is gaining in experience playing in all the matches. It is going to be a really good fight in midfield and we will need to use experienced players like [Adrien] Rabiot and [Antoine] Griezmann and count on them.”

Upamecano also revealed he is being helped during the tournament by former Chelsea centre-back Marcel Desailly, who won the World Cup with France during his playing career.

“I have a lot of respect for Marcel,” he said. “We have spoken together before a couple of games and given me some advice, told me to keep going. It is a real pleasure to speak to him. He was a winner and warrior and a real example for the French.”