Microsoft Is Ready to Fight For Its $69 Billion Activision Deal

(Bloomberg) — Microsoft Corp. is ready to fight for its $69 billion acquisition of gaming company Activision Blizzard Inc. if the US Federal Trade Commission files a lawsuit seeking to block the deal, according to a person familiar with the matter. 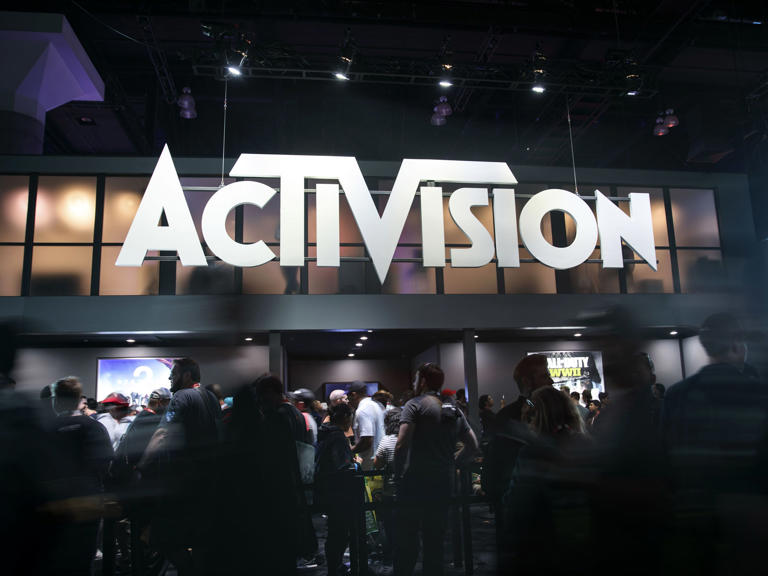 Most Read from Bloomberg

The Xbox maker hasn’t had conversations with the FTC about remedies or concessions aimed at getting the deal approved, said the person, who asked not to be identified discussing a confidential matter. FTC staff is wrapping up its investigation and is expected to make a recommendation soon, the person added. The FTC commissioners would then vote on whether to file a case.

In the event the FTC tries to block the case, Microsoft is gearing up to contest that decision in court, said the person, who asked not to be identified speaking about internal strategy. Bloomberg Intelligence antitrust analyst Jennifer Rie said it wouldn’t surprise her if the FTC files a lawsuit seeking to block the deal, but noted that a court fight would be hard for enforcers to win and Microsoft could prevail — though a legal battle could stretch beyond the deal’s end date. Microsoft has said it expects to close the transaction by June 30.

Microsoft’s other option would be to abandon the deal in the face of an FTC challenge. That’s what the company did in 1995 when the US government sued to block its acquisition of accounting software maker Intuit Inc., with Microsoft saying it didn’t want to contend with a long legal battle.

Microsoft’s best chance to win approval to buy Activision is to persuade the Biden administration to accept a settlement in which it pledges it won’t withhold its popular titles from rivals.

But Biden’s antitrust enforcers aren’t fond of such agreements — especially after this month’s Ticketmaster blowup put the spotlight back on a failed 2010 Justice Department settlement with Live Nation Entertainment Inc.

The FTC is taking an aggressive approach to mergers, especially when it comes to technology and digital markets, but hasn’t indicated whether it plans to sue to block the deal.

In July, the agency sued to block Meta Platforms Inc. from buying virtual reality fitness app Within, claiming that the transaction could eliminate competition in a few market, referred to as “nascent competition.”

Microsoft and the FTC declined to comment. Politico reported last week that the FTC is likely to challenge the deal.

For more: Microsoft’s Activision Deal Hangs on Long-Shot FTC Accord

The US is one of at least three jurisdictions where regulators are raising questions about the blockbuster transaction, which would dramatically alter the video game landscape and vault Microsoft to the No. 3 spot in the global games market behind Tencent Holdings Ltd. and Sony Group Corp.

European and UK antitrust bodies have raised questions about whether the popular Call of Duty game franchise will remain available to gamers on Sony’s PlayStation console and whether the merger would allow Microsoft to take a dominant role in the burgeoning yet still tiny market for cloud-gaming services.

Microsoft has offered Sony a deal in which it would make Call of Duty games available on the PlayStation for a decade, although the companies would need to work out financial terms for that agreement, the person said.

The software giant has advised regulators of those discussions, but hasn’t formally made a remedy proposal because the review process hasn’t advanced to that stage, the person said.

It doesn’t make financial or strategic sense for Microsoft to keep the bestselling game franchise from PlayStation because more copies of the games are sold on PlayStation than Xbox and because such a move would anger gamers in a way that could have negative impacts for Microsoft. In fact, the acquisition wouldn’t be financially viable for Microsoft if it cut off Call of Duty on PlayStation, the person said.

Because of the different stages of the various probes around the world, Microsoft is likely to discuss this step first with the European Commission, which has set a March 23 deadline to complete its in-depth review of the deal.

Microsoft is hoping the remedies it offers the EU will suffice globally, the person said. It’s possible that UK regulators could want additional steps from the company, however.

The UK’s Competition and Markets Authority is currently in the midst of an in-depth probe of the deal after an initial investigation found concerns in the gaming consoles, multi-game subscription services and cloud gaming markets.

The watchdog said in an October document setting out the scope of its inquiry that it’s concerned the transaction could allow Microsoft to gain outsized market power that would allow it to cut off competitors like Sony. Although Microsoft has promised it wouldn’t do this due to reputational damage to Xbox or Call of Duty, the watchdog said it hadn’t identified “persuasive evidence” to believe those statements.

Scrutiny of big tech companies’ dominance has been ramped up by the UK agency since it gained new powers post-Brexit.

Microsoft and the CMA will both appear at a main party hearing in mid-December, a part of the UK merger process that will allow them to hash out and test the parties arguments. An interim decision by the agency is expected by January and the deadline for the full decision is March.

–With assistance from Emily Birnbaum and Stephanie Bodoni.

Most Read from Bloomberg Businessweek