Tottenham’s Son Heuing-min was clearly upset after South Korea suffered a 3-2 defeat against Ghana. The Spurs forward was unable to get on the scoresheet for his country once again with their World Cup fate hanging in the balance heading into their final Group H fixture against Portugal. 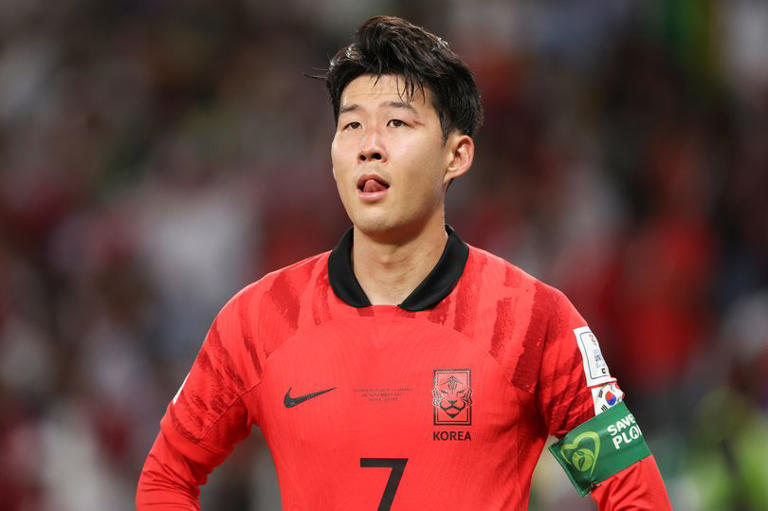 South Korea started the game against Ghana confidently but soon found themselves a goal down after Mohammed Salisu bundled home an opener in the 24th minute. Mohammed Kudos added a second before half-time leaving South Korea with an uphill battle in the second half.

Gue-sung Jo scored twice in three minutes to equalise for South Korea in the second half before Mohammed Kudos grabbed the winner in the 68th minute. Son had a more positive performance, creating chances and finding himself in better positions inside the penalty box compared to the 0-0 draw against Uruguay, but was unable to find a late equaliser.

South Korea boss Paulo Bento was sent off after the full-time whistle was blown after referee Anthony Taylor denied them the opportunity to take a last minute corner. The Spurs star was left feeling dejected and upset following the match as players and coaches from the opposition looked to console the 30-year-old and his teammates.

Viewers spotted a strange moment from one Ghana coach who attempted to take a selfie with Son who was clearly upset stood on the pitch at full-time. George Boateng was not happy with his Black Stars colleague and gestured to the Ghana coach that it was not the right time to be trying to take a photo with the Tottenham star.