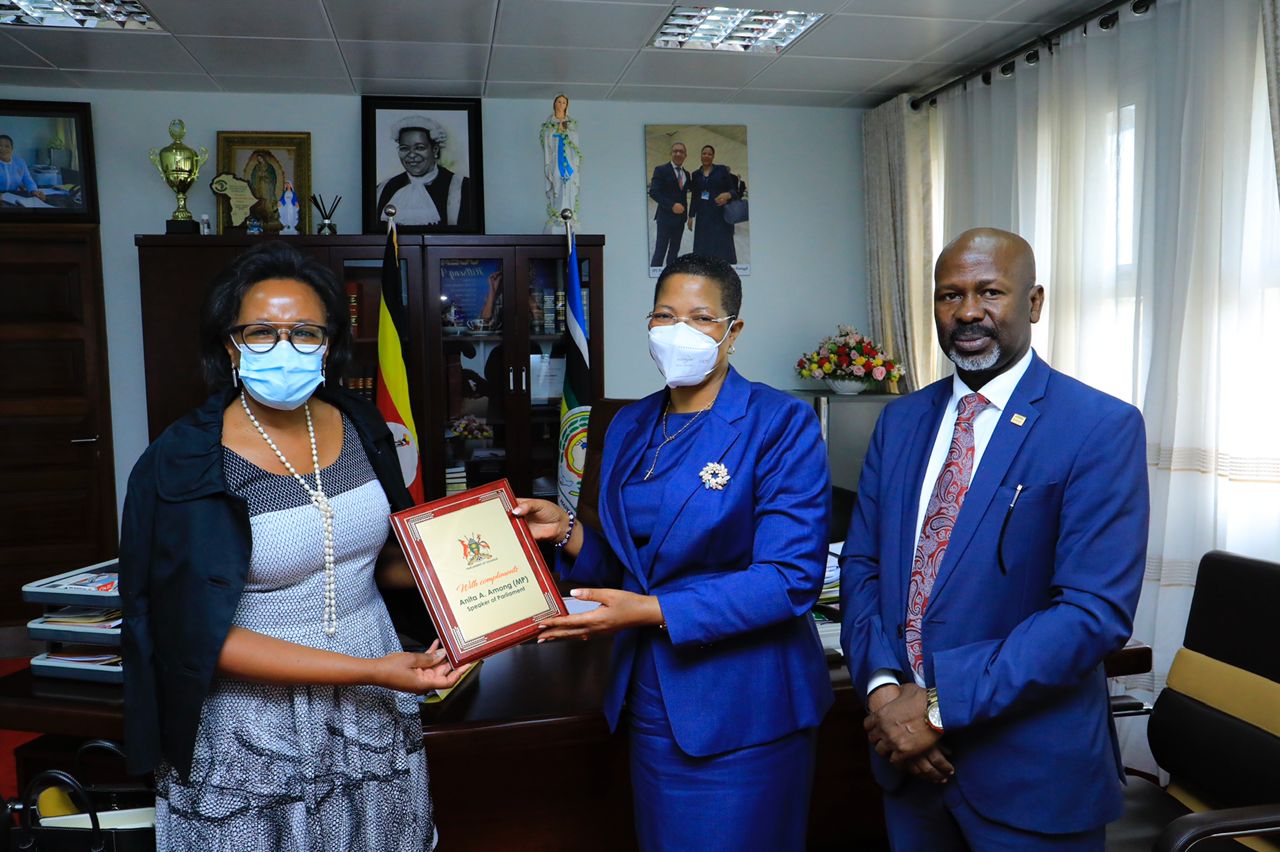 World Bank country manager Mukami Kariuki (L) receiving an award from Uganda’s Speaker Of Parliament Rt.Hon. Anita Among Magogo (Middle).Right is Hon OkupaPhoto by Eric Dominic Bukenya/Parliament Of Uganda.
Speaker of Parliament Anita Among has commended the World Bank for the new initiative that seeks to empower women.
The initiative, which was revealed today during a meeting between the Speaker and World Bank country manager Mukami Kariuki, will put aside funds in form of a grant to uplift women in business. 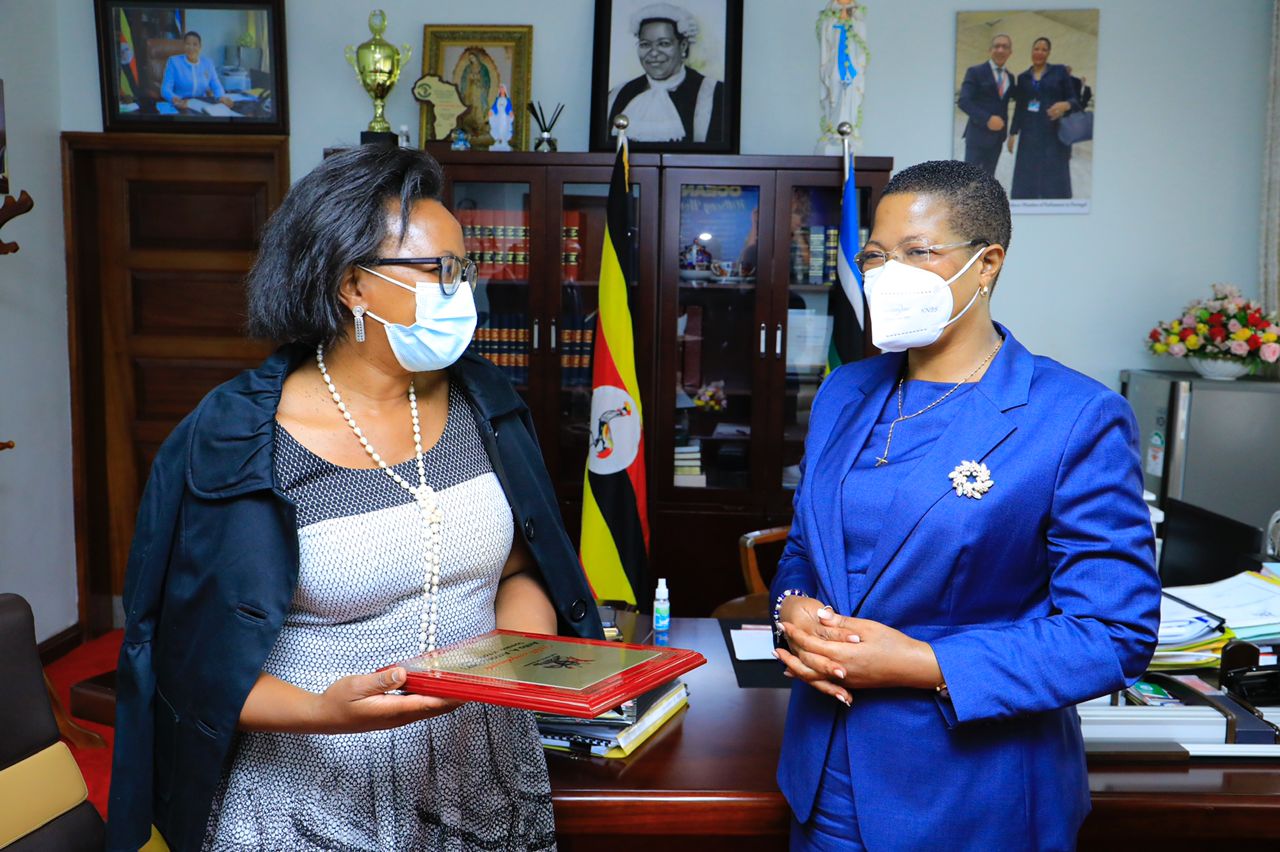 World Bank country manager Mukami Kariuki (L) after receiving an award from Uganda’s Speaker Of Parliament Rt.Hon. Anita Among Magogo (R).Photo by Eric Dominic Bukenya/Parliament Of Uganda.
Speaking during a meeting, Ms Among said Parliament will extend support towards the initiative by conducting its oversight role to ensure that the project succeeds.
“We welcome this post-Covid-19 intervention to help our women thrive through this tough global economic situation. As Parliament, we will ensure that women receive the basic training to guide them utilise the opportunity,” she said, noting that Parliament will ensure that the grant is extended to deserving women businesses.
On his part, Mr Mukami noted that World Bank was committed to supporting government programmes that seek to create channels through which women can transform into sustainable business that are not only profitable but have the potential to create jobs.
This, she said, will be done through Generating Growth Opportunities and Productivity of Women Enterprises programme that has been molded to support women businesses.
Women businesses are critical in Uganda, forming the largest part of women employment in the country.
However, many of such businesses have in the last two years with a number of challenges, among which include Covid-19, inflationary pressures and the rising commodity prices.
Share
Facebook
Twitter
Pinterest
WhatsApp
Telegram
RELATED ARTICLES
Africa