Channel 4 will screen England’s T20 World Cup final against Pakistan after Sky Sports agreed to make another sporting showpiece free-to-air – but the weather in Melbourne could spoil the party. 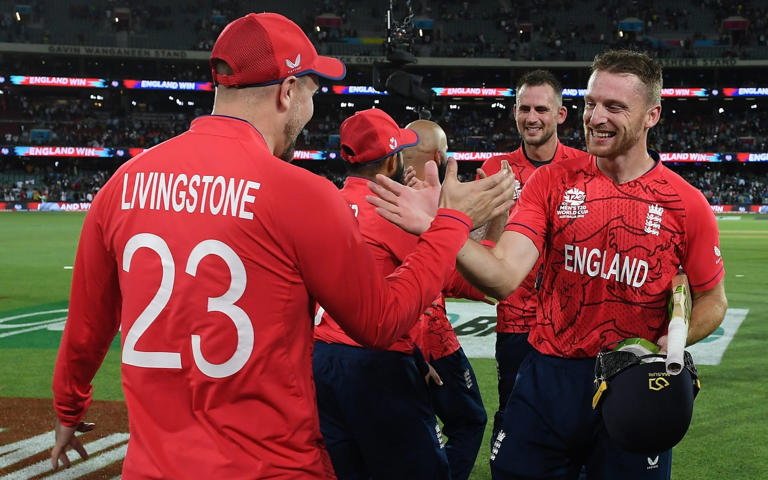 Captain Jos Buttler had been among those welcoming the potential involvement of a terrestrial broadcaster to make sure the match gets bumper viewing numbers.

Channel 4 has got the upper hand on BBC and ITV during a host of major sporting moments in recent years. It secured an 11th-hour deal with paid-for broadcasters to screen Emma Raducanu’s historic US Open title last year.

The channel also partnered with Sky to show the dramatic crescendo to the 2021 Formula One season and swooped earlier this year to secure rights to England’s European Championship qualifiers.

In 2019, England against New Zealand drew peak viewing figures of 8.3 million. “We’d be immensely happy with that,” said Buttler of the prospect of going free-to-air. “That would be fantastic for the game in our country, as many eyes as we can get on that final would be great. That’d be brilliant if that happens. It’s important that we always look to grow our game and showcase cricket to the next generation especially, so we’d really welcome that if that was possible.”

But the final is due to begin in front of a sellout crowd at 7pm on Sunday at the Melbourne Cricket Ground, with a reserve day scheduled for Monday. Organisers may face tricky decisions over whether to begin the game on Sunday evening.

The Australian Bureau of Meteorology forecasts a 95 per cent chance of rain on both Sunday and Monday. Showers are forecast throughout both days, with the possibilities of thunderstorms. The forecast is slightly better on Sunday than Monday, however.

The early part of the Super 12 stages of the tournament were troubled by La Nina, a weather system that has hit Australia’s eastern seaboard for the third year in succession. England lost to Ireland in a rain-reduced game at the MCG, then saw their match against Australia completely washed out at the same venue.

Both England and Pakistan appear to be coming to the boil at the right time after troubled group stages. After the Ireland defeat, England had to beat New Zealand and Sri Lanka to make the semi-final.

Pakistan started with defeats to India and Zimbabwe, both in final ball thrillers, before beating Netherlands, South Africa and Bangladesh to reach the knockouts. Victory over New Zealand in Sydney set up a repeat of the 1992 ODI World Cup final.