Jurgen Klopp looks set to be handed his dream signing with Liverpool owners FSG plotting one final move before selling the club, while the inside track has been given on David Moyes’ position at West Ham – both in Tuesday’s Transfer Gossip. 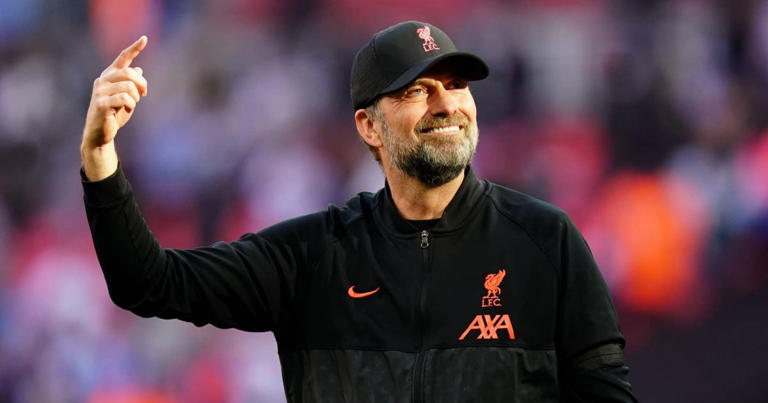 Liverpool owners Fenway Sports Group have put the club up for sale and want £4billion for it, but they are reportedly preparing one final transfer masterclass before the parting of ways.

On Monday, David Ornstein of The Athletic revealed FSG’s plans to sell Liverpool. They have apparently drawn up a ‘sale deck’ for any interested parties.

FSG have looked into selling the Reds in the past but have decided against such plans. Things are different this time around though and the United States company, headed by John W. Henry, is now inviting offers.

According to an update from the Daily Mirror, FSG want a staggering £4bn to hand over Liverpool and all its associated products and assets. While this is clearly a colossal sum, there is expected to be a fierce battle to take over the club.

Todd Boehly led a consortium which bought Chelsea for £4.25bn in May, following offers from several other prospective buyers. And a similar amount of interest is likely to arise when it comes to Liverpool.

English billionaire Sir Jim Ratcliffe could swoop in for the Anfield side after failing to complete the Chelsea takeover. A Sir Martin Broughton-led consortium is another possibility. He was briefly Liverpool’s chairman in 2010 and helped to sell the club to FSG that year.

According to FourFourTwo, who cite Spanish outlet Marca, their ‘parting gift’ to Klopp and Liverpool will be the signing of Borussia Dortmund’s Jude Bellingham.

The Englishman has been Liverpool’s top transfer target for a while now. Klopp is in desperate need of midfield reinforcements but FSG did not want to fork out big money for him in the summer. That’s because they had already broken their transfer record on Darwin Nunez.

Liverpool went on to increase their midfield options by capturing Arthur Melo on loan from Juventus. However, he has done little to alleviate Klopp’s problems as he is out until the new year with a muscle problem.

As such, Liverpool are still in need of a new midfielder and Bellingham looks like the best bet.

The Merseyside outfit were recently handed a boost in the chase for the 19-year-old. On Monday, TEAMtalk exclusively revealed Chelsea were no longer in the race to sign him.

And FourFourTwo now provide a promising update. They claim FSG will push hard to land Bellingham ahead of his other potential suitors, which include Manchester United and Real Madrid.

There is the strong possibility FSG will tie up the Bellingham deal as a final act before selling Liverpool.

Dortmund will not sell Bellingham until the end of the season. As such, Liverpool will have to wait until summer 2023 before they can complete the move. This suggests FSG’s sale will not go through until then either.

Real view the Bellingham deal as being ‘complicated’, but Liverpool are ‘all in’ for the world-class teenager.

And Klopp’s side may not have to pay as much for him as previously thought. He has been valued at £130m, but Marca and FourFourTwo claim this figure is way off.

Instead, Bellingham will be available for £87m next year. While this is still a large fee, the wonderkid is definitely worth it.

Sky Sports have given their information on whether David Moyes could come under pressure at West Ham.

The Scot rejoined West Ham in December 2019. And he has done a brilliant job, guiding the Irons to sixth place in the Premier League in 2020-21, qualifying them for next season’s Europa League.

Last term, West Ham enjoyed another top year. They reached the semi-finals of the Europa League and managed seventh in the Prem. This means they are now in the Europa Conference League.

West Ham continue to impress in Europe, having qualified top of Group B with six wins out of six. But Moyes is struggling to get the best out of his team domestically.

They sit 15th after winning just four out of 14 matches so far. And they have won just once in their last five league games, having lost 2-1 to Crystal Palace at home last time out.

That defeat led to questions over whether Moyes could be sacked by West Ham officials. But as per Sky Sports’ Transfer Centre (07/11, at 17:18), Moyes has the faith of the board right now.

They claim there is ‘no immediate pressure’ on the 59-year-old, despite the latest setback.

‘The feeling is Moyes has earned enough credit to take the club forward and turn things around’, the report adds.

Therefore, West Ham chiefs will be expecting the side to return to winning ways on Wednesday. They host Championship outfit Blackburn Rovers in the EFL Cup third round.

Moyes would usually rest some of his star players for a game like this. But he could select a stronger team to ensure the victory. After the Blackburn visit, West Ham come up against Leicester City in the Prem on Saturday afternoon.

Newcastle are reportedly looking into the possibility of capturing Nabil Fekir from Real Betis, though the Spanish club are not worried about the links.

Last week, Newcastle were tipped to make a €45m (£39.1m) bid for the attacking midfielder. And Fekir is apparently open to the idea of moving to England, giving the Magpies hope of securing a deal.

Sport Witness provide an update on the situation, while citing Estadio Deportivo. They claim to be in contact with sources close to Fekir and Betis.

And it seems a Newcastle move is unlikely as the sources are denying any transfer will take place.

Betis ‘do not fear’ Newcastle, despite the huge spending power at Eddie Howe’s disposal. Betis believe Fekir is happy with them and will not look to move elsewhere in the near future.

A large part of Betis’ confidence stems from the Frenchman’s contract. His deal runs until June 2026, putting them under no pressure to sell next year.

It seems Howe will have to set his sights on different transfer targets if he wants to improve his options in attacking midfield.