Ukraine, ‘extraordinary America’ and will he return? – Boris Johnson interview in full

Boris Johnson has shown his focus remains on the war in Ukraine since he stepped down as prime minister. Ukraine, ‘extraordinary America’ and will he return? – Boris Johnson interview in full© Other

In an exclusive interview for Sky News’ Ukraine: A Modern War programme, Mr Johnson spoke about the war, Vladimir Putin, the West’s response, his successor and his admiration for Joe Biden. 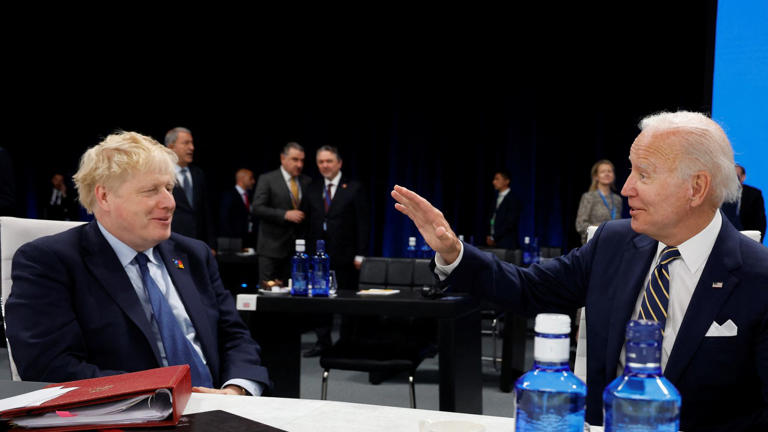 Ukraine, ‘extraordinary America’ and will he return? – Boris Johnson interview in full© Reuters

However, he refused to dwell on the circumstances surrounding his departure this summer.

Mr Johnson resigned as PM in July – and returned to the back benches in September after Liz Truss became the new prime minister.

A lot has happened in the world of politics since then – he has had two successors and the economy went into freefall but his focus remains on Ukraine. 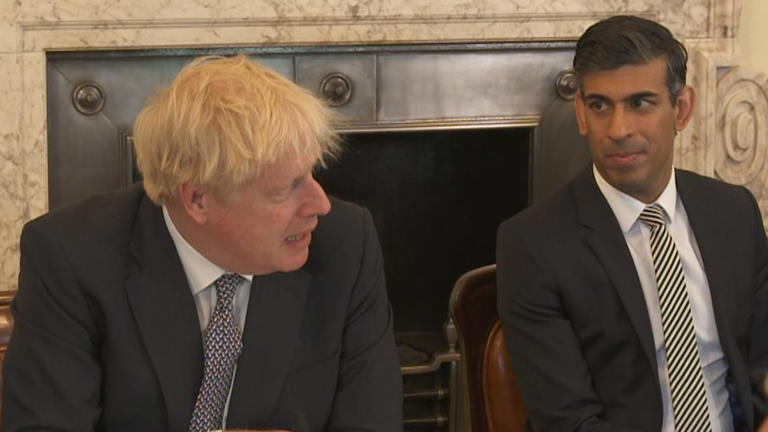 ‘Pivotal moment’ for the world

On whether President Putin might use a nuclear weapon as part of Russia’s continuing war in Ukraine, Mr Johnson said he does “not think he will”. 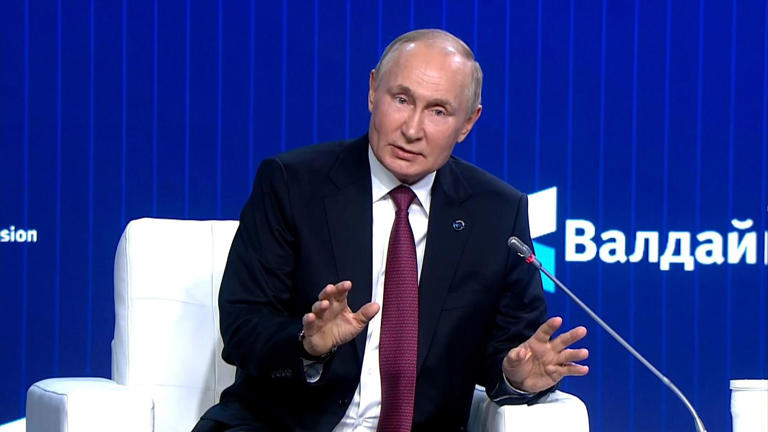 Putin: Truss was ‘out of it’ over nuke stance© N/A

“I think what would happen is he would immediately tender Russia’s resignation from the club of civilised nations. It would be a total disaster for his country.

“So the current economic punishment that the West has been able to dish out would be massively intensified.

“Russia would be put into a kind of cryogenic economic freeze, and I think he would lose a lot of the kind of middle ground of global tacit acquiescence that he has had.

“He will also crucially lose the patronage of the Chinese and above all in his own country I think you would trigger an absolutely hysterical reaction. So I don’t think that’s an option.”

He added that there would “have to be a response of some kind” from the West.

“I think that this is a critical moment for the world, and I think it’s a pivotal moment. It’s a turning point,” he added.

“And I think the danger is that we will try to compromise and find some sort of deal, some grubby bargain with Putin, try to encourage the Ukrainians to trade some of their territory which will only encourage Putin to make further aggression.

“The prize for holding firm and continuing to support Ukraine is absolutely immense because for the first time in decades we have shown that we really believe in democracy and freedom and that we’re really willing to support it and those values in Europe.

“So a Ukrainian victory could be an absolute turning point for the world.”

The former PM praised President Biden’s support for Ukraine but said he was concerned about the Republicans taking over Congress if they win the upcoming midterm elections.

“I think it’s very important that America has been extraordinary,” he said.

“Joe Biden has been absolutely wonderful and people might not expect me to say that but I do think America, as so often, massively surprised on the upside.”

Republicans in the US have said if they take over Congress after the midterms there will be no “blank cheque” for Ukraine.

“I think that actually when you talk to individual Republicans, they see the vital importance of this struggle,” he said.

He added that “you’ve always got to be” worried US support may wane.

“It’s a lot to ask of any country particularly in tough economic times, the Americans have been fantastic.”

Does he regret losing his job?

Mr Johnson refused to be drawn on having to step down as prime minister, instead choosing to focus on how there has been “an absolutely seamless continuity of policy” over Ukraine.

“Clearly tempting as it is, the most important thing is to focus not on me or my political career but to focus on what matters,” he added.

The former PM said he believes the UK government, whoever is in power, will continue its robust support of Ukraine.

He said Rishi Sunak had an “excellent talk the other night with Volodymyr Zelenskyy and we are going to continue flat-out to support Ukraine and to make sure that we give them everything they need”.

And he does not think any future British government will try to persuade Mr Zelenskyy into negotiating a deal with Russia.

“I would argue passionately against that and just for this reason that I don’t think it is likely to happen, but I just don’t think it’s realistic.

“It’s not like he’s saying give me the land bridge and Crimea and Donbas and your problems are over. No, no, no.

“He is still committed to the full destruction of an independent European democracy, and under those circumstances, you simply cannot negotiate and I don’t believe any British government will do so.”

Mr Johnson had committed to spending 3% of GDP on defence but Rishi Sunak has so far not committed to that, however he is having meetings this week on the matter.

He did not go as far as that this time.

But said even with the economic constraints the UK is now under, the UK “will continue to be very supportive and very generous”.

Asked if the government should commit to 3%, he said: “This is for our future.

“I think that I pointed out that under our current commitments we are already at 2.4% we are going to 2.5% continue with AUKUS and Net Gas and combat air system, we are going to spend a huge amount on defence whatever happens.”

The government is facing calls to carry out an urgent investigation after reports emerged that Liz Truss’s phone was hacked by Russia while she was foreign secretary.

But Mr Johnson said he could not talk about security issues.

“I think what the war in Ukraine requires from everybody is strategic patience and continuance but I’ve got absolutely no doubt that in the end right will prevail.

“It is the difference between right and wrong, be in no doubt. And I think the Ukrainians are going to win. And our energy security will be greatly improved at the end of it.”

The ex-PM said he is “happy doing what I’m doing”.

Asked if he would like an envoy role, he said: “I think my job is to talk up what I think would be the immediate needs of Ukraine.

“If I can just repeat that key point for our viewers. I think what your brilliant correspondents have done a fantastic job throughout this war what they would agree with, they need more help in taking out those drones and those missiles.”