David Moyes felt West Ham should have returned from Old Trafford with a more positive result against Manchester United – whose goalkeeper David De Gea made two interventions he was hoping not to see. 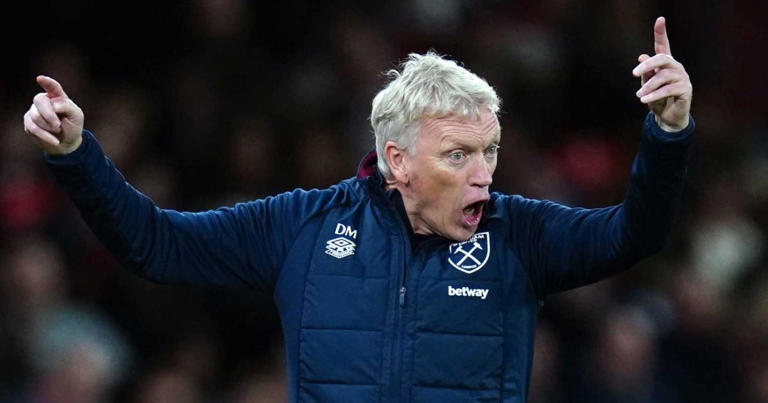 West Ham suffered a 1-0 defeat from their visit to Manchester United, where Moyes of course used to be the manager. Although they had more shots on target than their hosts and twice as many corners, there was no way past De Gea.

The Manchester United goalkeeper, who was at the club during Moyes’ short reign, denied West Ham twice in the second half with strong saves. Kurt Zouma was denied with a header, and Declan Rice’s long-distance thunderbolt was kept out.

On another day, West Ham might have been returning to London with at least a point. Alas, it wasn’t to be.

According to Moyes, the Hammers did not get what they deserved.

He told Sky Sports: “If you look through the game, we have been really close. We deserved to come away with something.

“I don’t think we could have done much more. We gave the ball away a bit too much and that led to Man Utd’s goal but overall we played well.

“In the second half especially we took our chances.”

However, they obviously did not take them enough to breach De Gea’s goalline.

Moyes said of the Manchester United shot-stopper: “We know what a great keeper De Gea is, he was during my time here, and we hoped he wouldn’t save one of those two chances.

“I’m pleased for De Gea because he is a great guy but disappointed that one of those didn’t go in.”

In West Ham’s own goal, there had to be a change of personnel at half time, when Lukasz Fabianski was replaced by Alphonse Areola at the break.

Explaining why, Moyes said: “Fabianski rocked his knee, he didn’t feel comfortable and had to come off.”

Fabianski was the one to concede the winning goal, which Marcus Rashford scored with his head.

Rather than looking at how West Ham could have prevented the chance, which came from a Christian Eriksen cross, Moyes was more willing to praise the quality his side were up against at that moment.

He said: “It was a great cross and a great header and sometimes you just have to appreciate the technical quality.”

In the opposite phase, perhaps Moyes’ men need to sharpen up.

Indeed, he acknowledged: “Jarrod [Bowen] makes a great chance and we are just lacking that little bit of clinical edge. I have to praise our players; we put in a great shift today.”

West Ham will have to turn their attention to Thursday’s Europa League away match against FCSB.