The Kremlin has thanked Elon Musk after the billionaire Tesla CEO for putting forward his own controversial peace plan to end the war in Ukraine, prompting a backlash from Ukrainian officials. 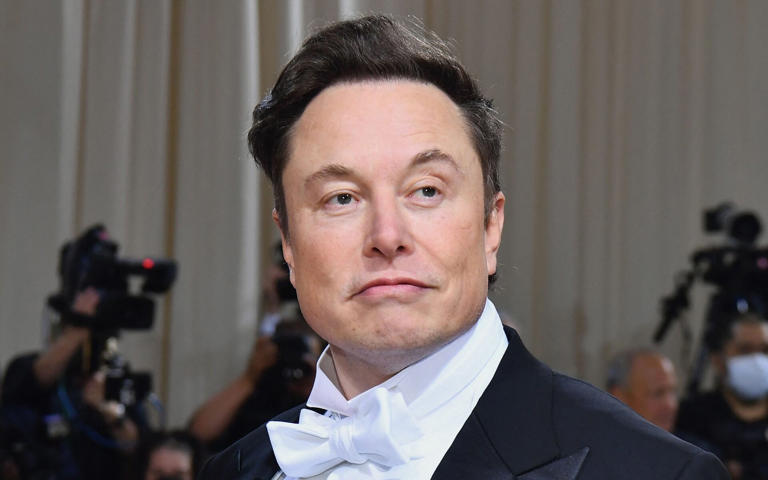 Mr Musk, the world’s richest person, suggested that four regions of Ukraine illegally annexed by Russia should have new elections under the supervision of the United Nations.

Moscow’s land grab, covering nearly a fifth of Ukraine, followed votes that were widely dismissed as illegitimate by both Kyiv and Western governments.

The Kremlin called Mr Musk’s path to a possible peace deal a “positive” step on Tuesday, hours after Kyiv rebuked the billionaire for his proposal.

Mr Musk suggested making Crimea, which Moscow invaded and annexed from Ukraine in 2014, “formally part of Russia”, that water supply to Crimea be assured and that Ukraine remain neutral.

He asked Twitter users to vote ‘yes’ or ‘no’ in a poll on the plan. A majority of respondents on Twitter voted “No” in response.

In follow-up tweets, Mr Musk appeared to blame the result on a “bot attack”.

Mr Musk, 51, later said he still “very much” supports Ukraine, but feared a “massive escalation of the war”.

Another of the billionaire entrepreneur’s companies, SpaceX, became involved early on in the seven-month-old conflict, dispatching Starlink internet terminals to Ukraine to boost its internet access.

But his proposal provoked outrage from Ukrainian officials and western allies, who accused the billionaire of “moral idiocy” and repeating Russian propaganda.

“F— off is my very diplomatic reply to you,” Ukraine’s Ambassador to Germany Andrij Melnyk wrote in response to Mr Musk’s Twitter thread.

Ukraine’s President Volodymyr Zelensky proposed a Twitter poll of his own, asking users: “Which @elonmusk do you like more?”

Mr Musk responded to President Zelensky, saying he “very much” supports Ukraine but was convinced that a “massive escalation of the war will cause great harm to Ukraine and possibly the world”.

The English-language Kyiv Post newspaper wrote: “Elon, you’re a cool guy and thanks for the Starlink but it’d be so very wonderful if you were to carry out votes on things that you know about.”

Meanwhile, Mr Musk’s input was welcomed by the Kremlin, with spokesman Dmitry Peskov saying it was “very positive that somebody like Elon Musk is looking for a peaceful way out of this situation”.

Mr Peskov told reporters in a conference call that Moscow had always been open to a negotiated end to the conflict.

“Compared to many professional diplomats, Musk is still searching for ways to achieve peace. And achieving peace without fulfilling Russia’s conditions is absolutely impossible,” he said.

Dmitry Medvedev, a key ally of Vladimir Putin who serves as deputy chairman of Russia’s Security Council, tweeted his: “kudos” to Mr Musk.

He predicted the billionaire’s next tweet would say that “Ukraine is an artificial state”.

In follow-up tweets, Mr Musk said Russia should leave the annexed regions “if that is the will of the people”.

He said he did not care if his proposal was unpopular, arguing that he did care “that millions of people may die needlessly for an essentially identical outcome”.