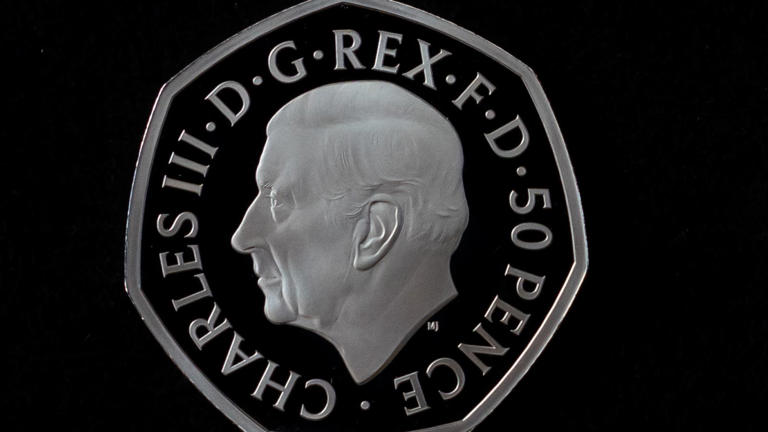 The Royal Mint says his image will appear on 50p coins first – and in keeping with tradition, the King’s portrait faces to the left, the opposite direction to the Queen. 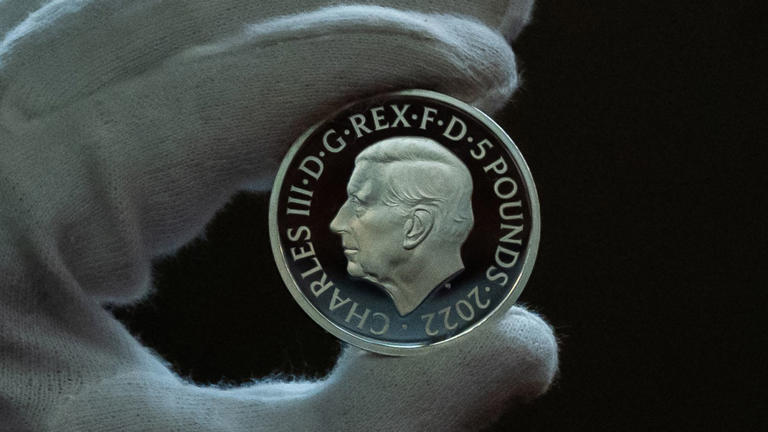 A commemorative £5 coin has also been created that features two new portraits of the late monarch on the back. 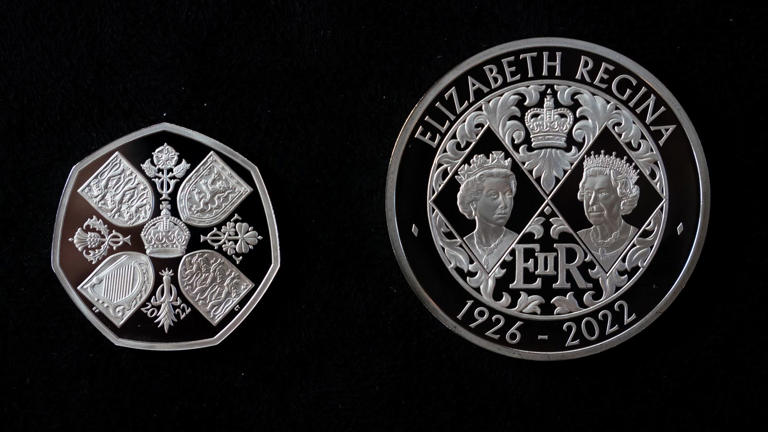 This was “to make sure there was a seamless empathetic way to end her majesty’s reign and to actually signal the new reign of a new king”.

The effigy could be viewed as softer and less regal than those of previous monarchs.

Chris Barker, from the Royal Mint Museum, described the portrait as “dignified and graceful, which reflects his years of service”.

He added: “I think if you look back on some of the portraits of Elizabeth – particularly her first portrait by Mary Gillick – it was much more idealised.

“This one is much more of the man himself, of the individual, you see the lines in his face, the years of experience, and that humanity coming across.”

The reverse of the commemorative £5 coin features two new portraits of Queen Elizabeth II, showing a younger and older image of the late monarch.

The design was created by artist John Bergdahl in collaboration with the Royal Mint.

It will form part of a wider memorial coin collection.

Ms Howell said: “We expect customers will start to be able to receive the commemorative range from October and then we expect the 50p memorial circulating coin to be appearing in people’s change probably from December.”

The reverse of the 50p features a design that originally appeared on the 1953 Coronation Crown.

It was struck to commemorate Queen Elizabeth II’s coronation at Westminster Abbey, and includes the four quarters of the Royal Arms depicted within a shield.

In between each shield is an emblem of the home nations: a rose, a thistle, a shamrock and a leek.

When will King Charles banknotes be released?

All UK coins bearing the effigy of Queen Elizabeth II will remain legal tender and coins featuring the new King will co-circulate alongside those of his mother.

Historically it has been commonplace for coins featuring the effigies of different monarchs to co-circulate, helping to minimise the environmental impact and cost.

There are around 27 billion coins currently circulating in the UK bearing the effigy of Queen Elizabeth II. They will be replaced over time as they become damaged or worn and to meet demand for additional coins.