Launched two months ago, the races that are part of the ongoing partnership between MTN Uganda and the Ker Alur kingdom were a build-up to the upcoming 12th Coronation Anniversary of the King of Ker Alur. Under this partnership, MTN Uganda seeks to socioeconomically uplift the people of Ker Alur through health, education and sports initiatives. 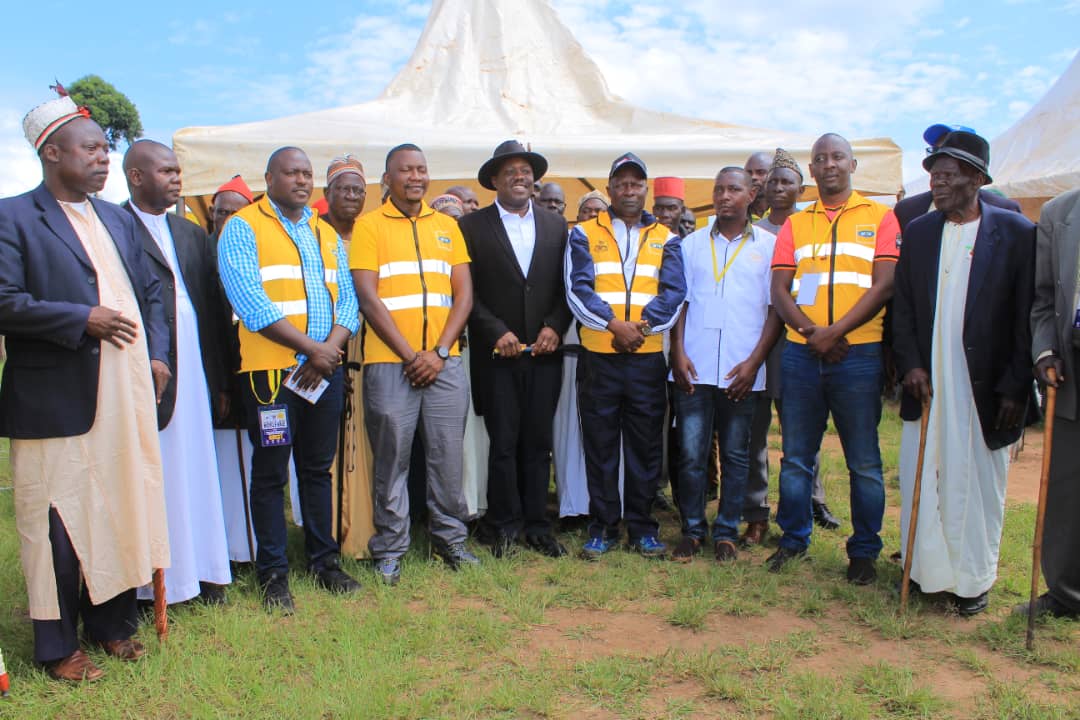 As suggested by the King of the land, the bicycle races that were launched two months ago were held under the theme “Ending child Pregnancies and Marriage” in Alur land.

In his keynote speech at the grand finale of the bicycle racing competition, His Royal Majesty Philip Olarker Rauni III urged parents for good parenting of their young girls for better futures.

“The kingdom is working hard to ensure that early child marriages come to an end. We are striving to get rid of the cultural practices that fuel teenage pregnancies,” said his Royal Majesty Pjillip Olaker Rauni III.

The highly engaging bicycle races attracted 100 participants of all genders including women, men and differently-abled people from the three Ker Alur sub-regions of Pakwach, Nebbi and Zombo districts.

Each of the 3 districts was represented by their top cyclists; The male participants rode a distance of 30 Kilometers while their female counterparts covered a distance of 15 Kilometers. The differently-abled people and children also took part in the race that saw all winners of the day walking away with assorted cash, among other prizes.

Charity Ayikuru from Nebbi district secured the first position in the women’s race category, a victory that saw her win the grand cash prize of Ugx.1,500,000/= and a brand-new bicycle. In the second position was Charity Kwiyucwiny from Zombo district. She walked away with Ugx.700,000/= while Magritte Agita from Nebbi, who came third won a cash prize of Ugx.300,000/=.

In the men’s category, Zombo district’s Nickson Asiimwe scooped the grand prize of Ugx.1,500,000 after emerging the winner. In second position was Pakwach’s Stephen Kumakech who won Ugx.700,000/= while Zombo’s Stephen Oboth who came third won Ugx.300,000/= all courtesy of MTN Uganda. 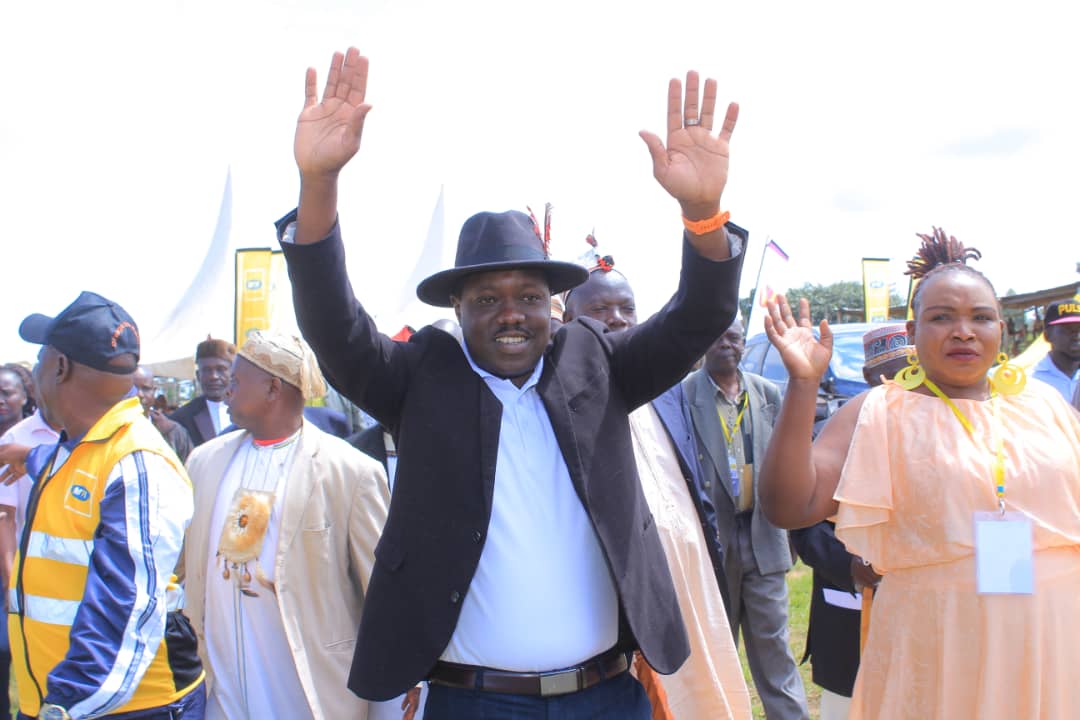 Speaking at the event, Phillip Odoi the MTN Uganda Northern Region Business Manager thanked the King of Ker Alur for the great partnership that exists between MTN Uganda and the Kingdom.

“This bicycle race has been very successful and it has clearly demonstrated what can be achieved if companies unite with communities for the greater good of society. We are happy to note that the partnership between MTN Uganda and Ker Alur is growing stronger. We pledge to keep supporting the Kingdom in its pursuit of socioeconomic growth and development.,” Odoi said.

Odoi further thanked the people of Ker Alur for embracing the races and for using the competition as an opportunity to sensitize the kingdom against early marriage and teenage pregnancy in the region.

Based on the 2019 agreement between Ker Alur Kingdom and MTN, the Telecom company has been working with the kingdom to enable the socio-economic upliftment of its people through sports, education and health. 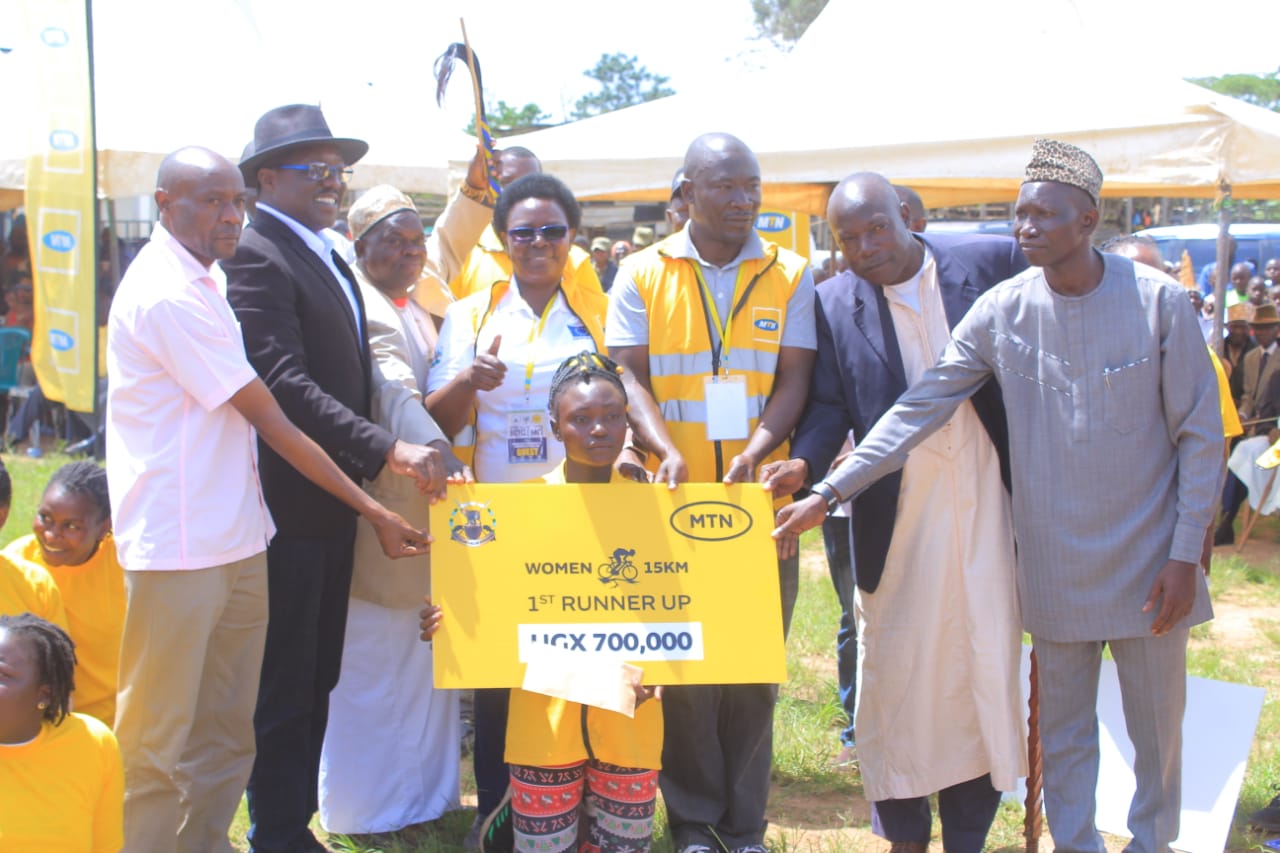 Charity Kwiyucwiny (Holding dummy cheque), the 1strunner up in the women’s race poses for a photo with some of the Ker Alur leaders

In accordance with the agreement, MTN Uganda is set to officially launch a maternity ward at Pakwach Health Center IV that it refurbished and re-equipped in a bid to extend better maternal services in the region.

As a corporate company that is keen on promoting the notion of shared value, MTN is committed to working with Ker Alur Kingdom for the socio-economic upliftment of its people.

Below is the list of the MTN Ker Alur Final bicycle race winners and the prizes that they won.