Not much is going right for Cristiano Ronaldo this season. Not only is he struggling to find minutes with Manchester United, but the striker can’t even catch a break with Portugal. 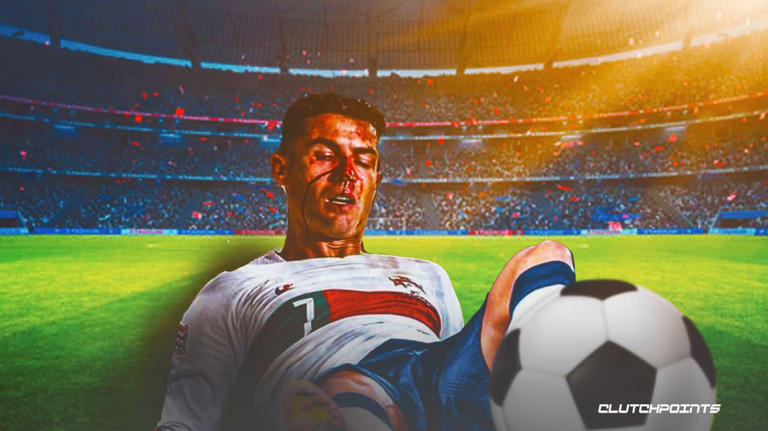 In Saturday’s clash with the Czech Republic in Nations League action, Ronaldo went up for a header and clashed with keeper Tomas Vaclik, immediately going down to the ground in pain with blood all over his face:

The best part? Cristiano Ronaldo got his nose wrapped up and proceeded to play the full 90 minutes, with Portugal winning 4-0. He even assisted the last goal. That just shows how truly tough Cristiano is.

Heading into what is most likely his last World Cup, Ronaldo isn’t exactly playing on a regular basis. He’s fallen out of favor under new boss Erik ten Hag and usually only features as a substitute these days. Marcus Rashford has been the first-choice option up top.

Ronaldo was linked to a move away from Old Trafford all summer long, but he ultimately ended up staying put. Most clubs weren’t willing to pay his hefty salary and saw the player as a distraction to their current squad.

It’s frankly insane that a player of Cristiano Ronaldo’s caliber is sitting on the bench with a team like the Red Devils who aren’t even Champions League quality. But, if one thing is for certain, he always turns up for Portugal, scoring 117 times for his country. That’s the most of any player ever. At this rate, it also looks like the Selecao is on the verge of making the Nations League Finals. Perhaps they can make some noise in Qatar too, with Ronaldo playing hero.