An emergency budget to bring in winter tax cuts for millions of people and set out more detail on energy handouts is expected late next week once the country emerges from national mourning. 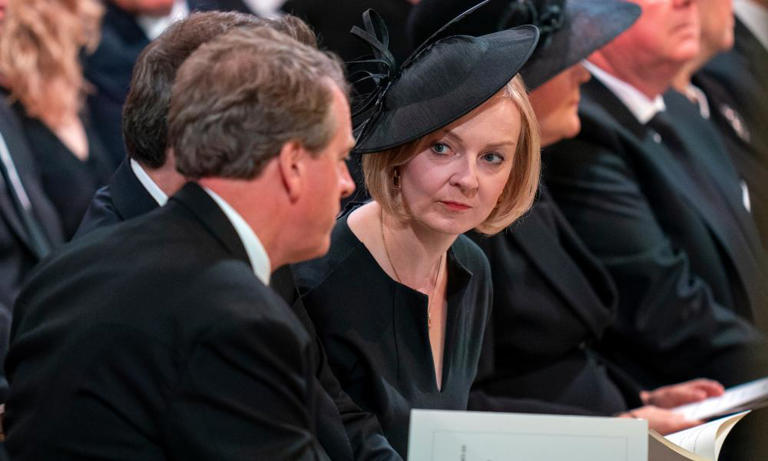 Though politics has been paralysed by the death of the Queen, Liz Truss is under pressure from Tory MPs to set out her plans potentially on Thursday or Friday next week, before the Commons breaks up for party conferences.

The national mourning has completely overshadowed the announcement of the £150bn energy cap, and left Whitehall trying to finalise the details of any budget at the same time as organising the state funeral.

The new prime minister is planning to travel to the UN general assembly in New York in the days following the Queen’s funeral, returning in time to sit alongside her chancellor, Kwasi Kwarteng, in the Commons as he delivers his fiscal event.

The timetable for the trip suggests that No 10 has given up hope of arranging a meeting for the new prime minister with Joe Biden at the White House. The US president and other world leaders are expected to travel to the UK for the funeral, but there will be no official bilateral meetings out of respect for the period of mourning.

A minute’s silence for a “shared moment of national reflection” will be held at 8pm on Sunday 18 September, the day before the Queen’s funeral on Monday 19, which will be a bank holiday.

Truss’s spokesman said she was still planning to hold a fiscal event this month. The most obvious day would be Thursday 22 September, as parliamentary business has been postponed until after Wednesday 21 and Truss is likely to be in New York until then.

However, it could potentially be on the Friday if recess were to be delayed, buttressing the Labour party conference, which begins in Liverpool the following day.

At the mini-budget, the government is expected to confirm plans to reverse the recent rise in national insurance, even though it benefits higher earners the most, handing back about £1,800 a year to top earners while the lowest earners get around £7 a year.

Truss has already said she would ditch a planned rise in corporation tax, although there have been some suggestions that this may not come next week. Her team has also spoken to business groups about reforms to business rates and cuts to value added tax to help with the energy crisis, as well as a longer-term review of these taxes.

The government is also expected to outline further details of Truss’s £100bn-plus emergency bailout for households to help with energy bills, following criticism that she hadn’t said how the package would be funded. She has rejected Labour’s calls for a windfall tax on energy giants despite public support.

Paul Johnson, director of the Institute for Fiscal Studies thinktank, has said the government will have to come up with a better version of the energy price guarantee next year because Truss’s plan was “incredibly expensive” and “totally untargeted”.

Truss is under pressure from her own party to set out her plans as soon as possible. David Davis, a Conservative MP and former cabinet minister, said “broadly speaking it was the right way to go” to hold an emergency fiscal event next week.

“The truth is the public thinks about politics less than 10% of the time. But this is different because this is about their own frightening winter bills, and I mean frightening,” he said. “That’s why it’s such a high-political-purchase issue, and you can’t leave it, because the point is to take people’s worries away. The economics and the politics point in the same direction.”

He said theoretically it would be preferable to have independent costings for the energy package alongside the fiscal event, but forecasts from the Office for Budget Responsibility and Bank of England have been so “erroneous” that it would be better to go ahead without them. “I would rather see reform to the forecasting method rather than just get rid of them, though,” he said.

Former cabinet minister John Redwood said: “After mourning a much loved Queen and the state funeral, parliament should meet. The current plan for a long conference recess means a delayed return on 17 October. We need to tackle the cost of living crisis and energy shortage before then.”

Parliamentary sources suggested that the conference recess, currently due to end on Monday 17 October, could be cut by one week to two weeks in length, so that MPs could get back to work at a time when the public are worried about the soaring cost of living.

Truss is continuing to put her top team in place, with Simon Case set to keep his job as cabinet secretary after previously having been expected to be ousted.

Case, a former private secretary to Prince William, is believed to have impressed the UK prime minister during talks over forming a government and the energy support package.

Case’s revived fortunes are markedly different from those of Tom Scholar, who was removed from his post of permanent secretary of the Treasury as one of the first acts of the Truss administration, provoking outrage in Whitehall.