The Telegraph:Follow View Profile Stay out of the water, swimmers told, as sewage makes beaches unsafe

Swimmers have been told not to bathe at beaches across England and Wales because of sewage warnings following heavy rain. 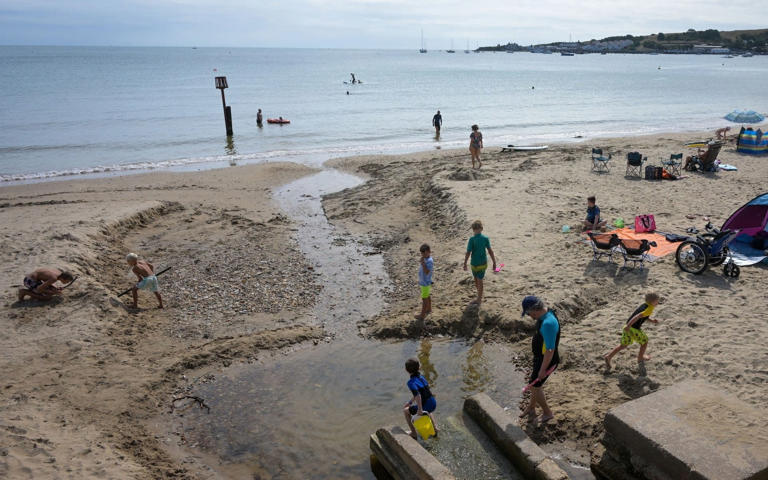 Data from the charity Surfers Against Sewage shows that 71 beaches in England and Wales were either known to be the site of sewage dumps, or forecast to be affected by them, after rain overwhelmed water company systems on Monday night.

It came as ministers were told to “cut the c–p” by Caroline Lucas, the Green Party MP, who accused the Government of having “utterly failed” to take action to stop “literal s—” being pumped into rivers and seas.

Speaking in the House of Commons, the MP for Brighton Pavilion added: “We have a so-called plan that allows water companies to continue polluting – until 2035 in areas with significant importance to human and ecological health, and until 2050 elsewhere – that’s sanctioning almost 30 years more of pollution.”

Conservative MPs were among those to call for swifter action and to suggest water company bosses should not be taking their “huge salaries” and bonuses if they cannot show their “house is in order”.

George Eustice, the Environment Secretary, insisted that the Government is acting on a “scale never seen before” to deal with the challenges posed by storm overflo

He added that water companies should “consider themselves on notice – we will not let them get away with illegal activity”.

Water companies have claimed Ofwat’s refusal to approve infrastructure upgrades is behind the widespread failings over sewage pollution in rivers and the sea.

Speaking to the House of Lords Industry and Regulators Committee on Tuesday, Jonson Cox, the former chairman of Ofwat, said he and his staff had been “absolutely dismayed” to learn of the scale at which sewage infrastructure was failing last October.

He denied that the regulator had prioritised keeping customer bills low over protecting the environment, saying he had only turned down water company plans to invest if they had done a “sloppy and poor job of justifying it”.