Mirror:Follow View Profile Olympic sprinter shot dead after trying to break up argument outside nightclub at 2am

Bahamas Olympic sprinter Shavez Hart has died after he was shot when trying to break up an argument outside a nightclub at 2am.

Hart was killed as he tried to stop a group of men from fighting in the carpark of a nightclub in Mount Hope on the Abaco Islands in the Bahamas in the early hours of Saturday morning. The tragic incident happened just four days before his 30th birthday on Tuesday.

One of the men involved reportedly left the parking lot and took a gun out of his car before shooting Hart in the chest. According to local media, a suspect was later arrested and taken into police custody.

Hart competed in the Rio 2016 Olympic Games and leaves behind a wife and son. The sprinter was rushed to a local hospital where he was pronounced dead.

Speaking to the Nassau Guardian , his mother Shammaine Hart expressed her distress and said: “He was such a good son – very quiet and always helpful. He did a lot of work in the community and was always trying to give back.

“I will certainly miss him.”

Bahamas prime minister Philip Brave Davis paid tribute to Hart and insisted the nation was ‘blessed to have a great athlete carry our flag around the world.’ He took to Twitter to write: “On behalf of my family and the people of the Bahamas, I offer my heartfelt condolences to the family of Shavez Hart. 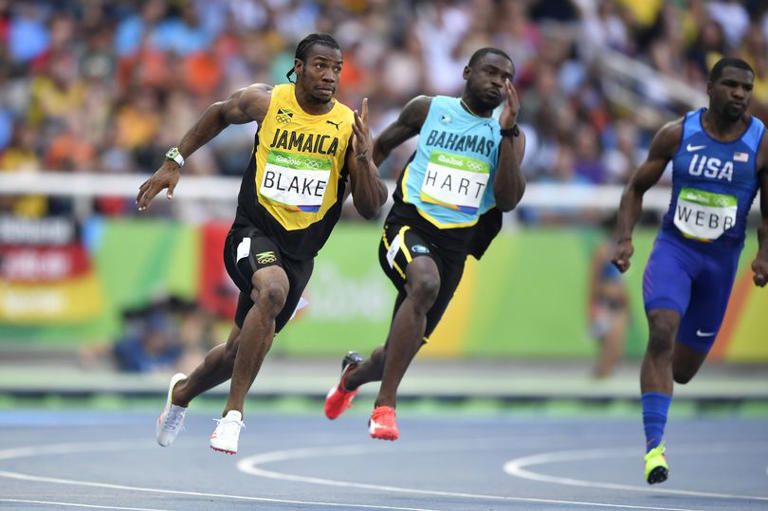 “As a country we are blessed to have a great athlete to carry our flag around the world. Ann and I will keep the Shavez family in our thoughts and prayers.”

Hart was an eight-time Bahamian champion in 100m and 200m sprints. He qualified for the Rio Games after clocking a time of 10.1 seconds in the 100m, setting a personal best which ensured he became the third-fastest Bahamian in history.

Hart had attended and represented Texas A&M University where he competed in track events. He competed in the 2013 CAC Championships and won gold medal in the 4x100m relay in Morelia, Mexico.

Tributes continued, with Bahamian sports minister Mario Bowleg added: “It is with great sadness that I express my heartfelt condolences to the family of the late Olympian Shavez Hart!”