The Telegraph:Follow View Profile Liz Liz Truss pulls out of BBC interview because she can ‘no longer spare the time’ 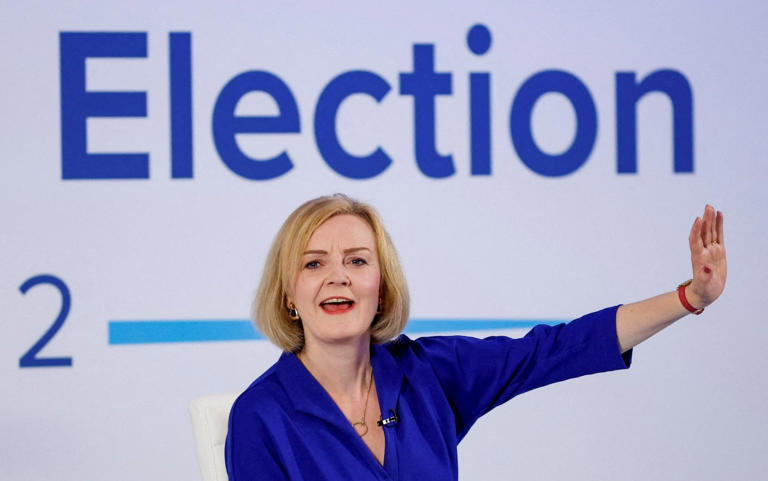 Ms Truss, the Tory leadership front-runner, committed to the primetime sit-down interview with Mr Robinson, who presents the Today programme, on Aug 18.

But the Foreign Secretary now appears to have changed her mind as the race to succeed Boris Johnson enters its final week. Rishi Sunak, her leadership rival, was interviewed by Mr Robinson on Aug 10.

A Twitter post by the BBC News Press Team said: “Liz Truss has cancelled her BBC One interview with Nick Robinson which was due to air this Tuesday evening (Aug 30) at 7pm. Ms Truss’s team say she can no longer spare the time to appear on Our Next Prime Minister.

“We regret that it has not been possible to do an in-depth interview with both candidates, despite having reached agreement to do so.”

Related video: Britain: Liz Truss set to adopt a tougher China approach, to label it as a ‘threat’

Video Player is loading.
Britain: Liz Truss set to adopt a tougher China approach, to label it as a ‘threat’
0
View on Watch

Mr Robinson wrote on Twitter: “Was pleased to secure an in-depth interview with Liz Truss on BBC One. I am disappointed and frustrated it’s been cancelled.”

Ms Truss’s decision was seized on by Mr Sunak’s camp, with a source saying it was important that the candidates faced “proper scrutiny so members and the public know what they are offering”.

The source said: “Avoiding that scrutiny suggests either Truss doesn’t have a plan at all or the plan she has falls far short of the challenges we face this winter.”

A Labour spokesman said: “People will rightly conclude that she doesn’t want to answer questions about her plans for the country because she simply hasn’t got any serious answers to the big challenges facing our country.”

Mr Sunak has taken part in nine one-on-one broadcast interviews throughout the leadership campaign, including three appearances on the Today programme.

Ms Truss has done two such interviews, including the Today programme, when she was interviewed at the start of the head-to-head stage of the contest, and the People’s Forum show on GB News.