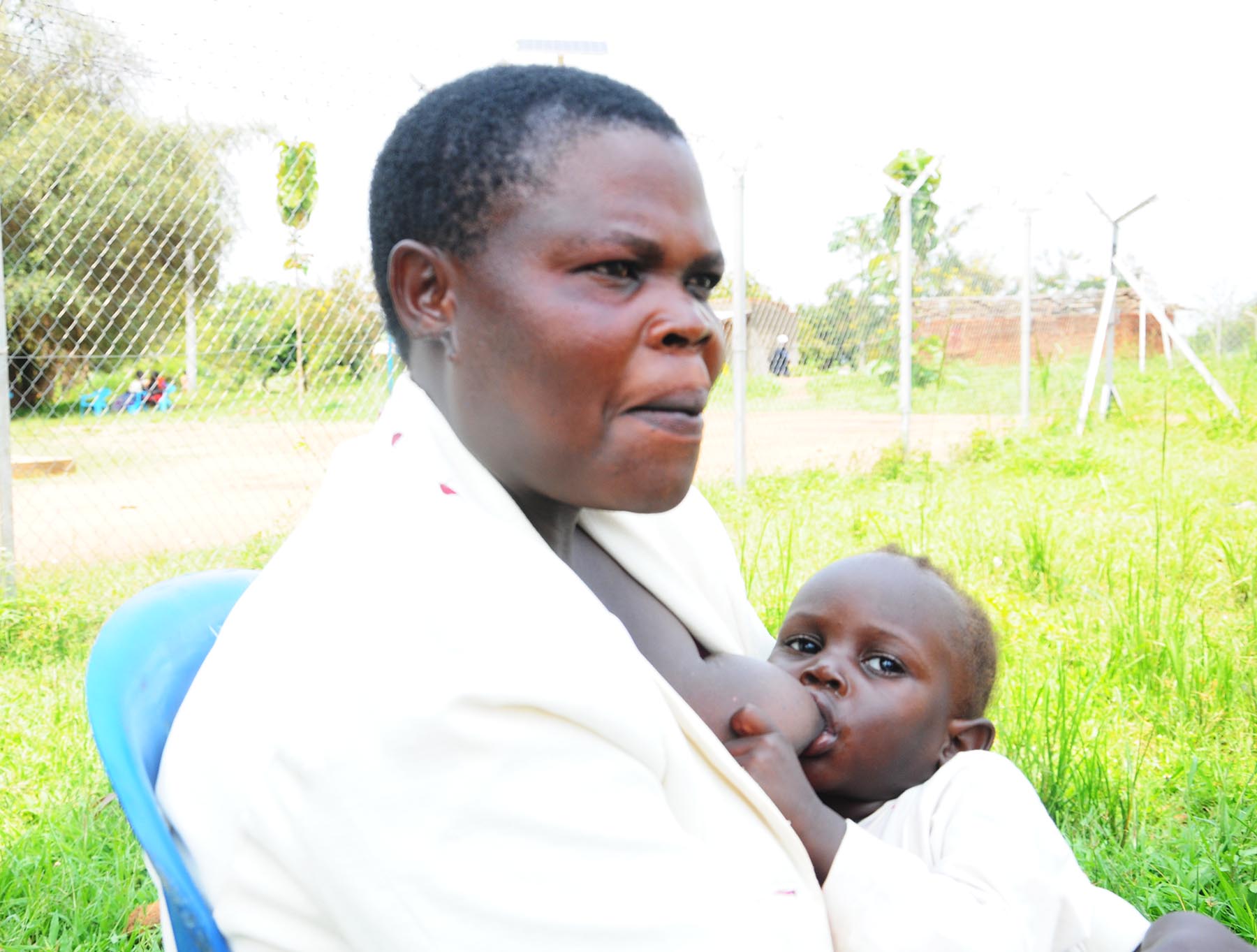 Ariye came to Uganda in 2016 with 4 children and in her early days, she produced the fifth one.

She narrates that, came with a husband from their home country due to political unrests there and a t reaching, looking after four children was a big challenge that the husband had to take a French-leave and his where-a bouts are since unknown.

During such a desperate and stressing time, Ariye says was forced to engage with another man from within the settlement hoping for support that she lacked.

In just a meantime, she conceived the fifth born but before she could grow a little, the new husband ran away as well.

Feeding, clothing, medication, housing was her biggest challenge as the family was large yet she was almost helpless.

“As time went by, my home was visited by Action Against Hunger officials and i told them whatever I was going through then they enrolled me on their nutrition and livelihood programs, supported me with fresh food seeds to grow in the kitchen garden and advised me on how to eat well in order to properly breastfeed my young baby”.Ariye informs.

She says ACF went on to recruit her as a Care Group Volunteer, trained her on best breastfeeding practices, monitoring growth f her child’s growth and malnutrition levels using Mid-Upper Arm Circumference (MUAC) which they provided to her and empowered her with skills which she transformed to fellow mothers.

“Now all my children are healthy and at home we have all we need to eat and surplus for sale”. Ariye notes.

Challenges she faced after being recruited as a Care Group Volunteer in the settlement.

“In my first days as a Care Group Volunteer, I faced many challenges with mothers in the settlement as most of them did not want to listen to anything to deal with the best ways of breastfeeding a child, monitoring their growth and malnutrition because of stress and misconception about it”. She remarks.

She cited an example of her friend whom openly told her that for she cannot breastfeed the child at any time because it is not health for her. She told her that it should be just when she has time citing that she can even breastfeed her baby once a day.

Ariye informs that she used the skills that she was equipped with by ACF and consistently engaged this lady till when she realized the use of breastfeeding on demand, growing fresh food round home and monitoring the growth of her child.

“I have been able to engage other mothers and there is a great improvement in what I have shared with them and now malnutrition has reduced amongst us mothers and we are properly breastfeeding our children”. She added.

It should however be noted that breastfeeding is good for a child and a mother as it provides ideal nutrition for babies, contains important antibodies, reduce diseases, promotes baby’s healthy weight, make children smarter etecetra.