The Guardian:Follow View Profile Erik ten Hag admits he has ‘hell of a job’ after Manchester United defeat 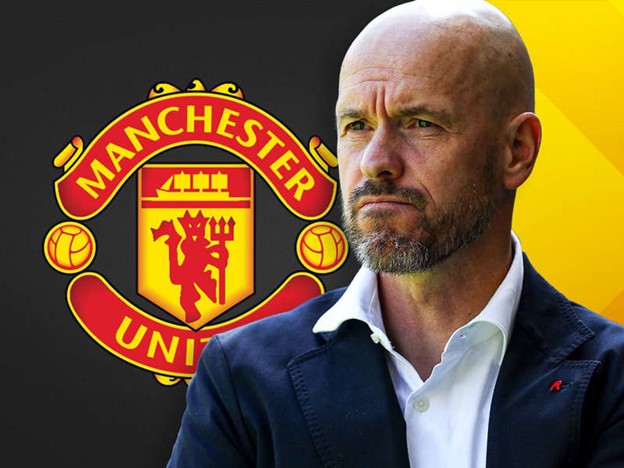 Erik ten Hag admitted Manchester United lost belief in their 2-1 home defeat against Brighton on Sunday and described his challenge at Old Trafford as a “hell of a job”.

The visitors dominated throughout in Ten Hag’s first Premier League match, winning after two goals from Pascal Gross in the space of nine first-half minutes, United pulling a goal back through Alexis Mac Allister’s second-half own goal.

“It is a hell of a job [before us] – we have to work really hard, analyse and then move forward,” Ten Hag said. “Today was a good start and then after that we dropped down a level in belief and we made mistakes that the opponent punished. But it was a good opponent, we [tried to] work well together but when you make mistakes you get punished for that.”

After United had impressed in preseason, the Dutchman was asked whether he was surprised that his players had lost belief in the first league game of the new season.

“I knew it could happen but I think we should have done better – that is clear,” the 52-year-old manager said. “But I know also it [improvement] will not come overnight. At times we played better in pre-season. Today we had a really bad period in the first half and we have to learn from that.

Ten Hag admitted he sensed in pre-season that the squad’s confidence was fragile because of last term’s dire campaign. “I think so. That is also normal. I didn’t expect that we are already a team that has had a lot [of time together],” he said. “And I think that was the difference with our opponent: they have been a long time together with a certain plan and coach and we have not. But still it was unnecessary to lose this game.”

Ten Hag was asked why his team did not press as he would like. “Brighton is a team who normally wants to play from the back. They didn’t today, they played long balls. Then it becomes about winning the second ball and in those situations we did not always do what we planned to before the game and we have to learn from those lessons.” In Anthony Martial’s absence Ten Hag deployed a false No 9 in Christian Eriksen, leaving Cristiano Ronaldo on the bench and cited a lack of match fitness as the reason why. “Ronaldo is now maybe 10 days in training and that is too short for 90 minutes so that is why we didn’t start him,” he said.

At centre-back there was a Premier League debut for new signing Lisandro Martínez alongside Harry Maguire and the England international admitted it would take time to gel. “Me and Licha have not played much together and were not on the same wavelength at times,” he said. “I am sure we will get better and keep clean sheets.”

While Ten Hag followed Louis van Gaal as only the second of the eight managers to succeed Sir Alex Ferguson to lose an opening game, this was Brighton’s first win at Old Trafford in 14 visits. “I have got a fantastic group of players that have got ambition. They give everything every day,” said the manager, Graham Potter.

Danny Welbeck impressed up front for Brighton despite having been a doubt for the game because of a stomach problem. But Potter said there was no way he was going to sit out the game at one of his former clubs. “No, he would have strapped the toilet on to his backside to play, it would have slowed him down though,” he said. “He was amazing.”

Erik ten Hag admits he has ‘hell of a job’ after Manchester United defeat (msn.com)