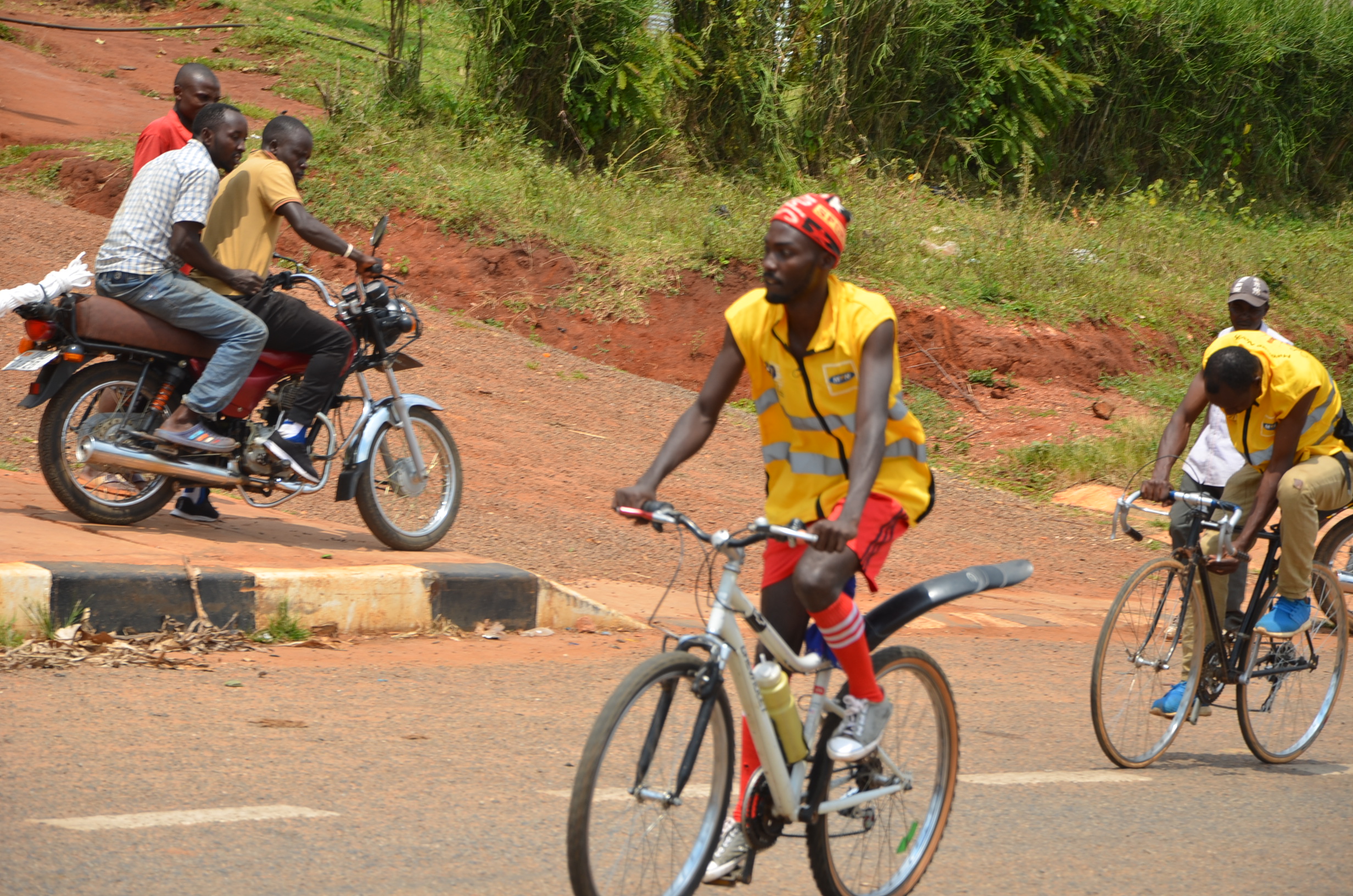 Hundreds of people yesterday morning lined up on the streets of Katoke town in Kyenjojo district to wittiness the on-going first edition of the MTN-sponsored bicycle race.

The event that attracted 31 participants was crowned with the five winners from the two categories receiving cash prizes. 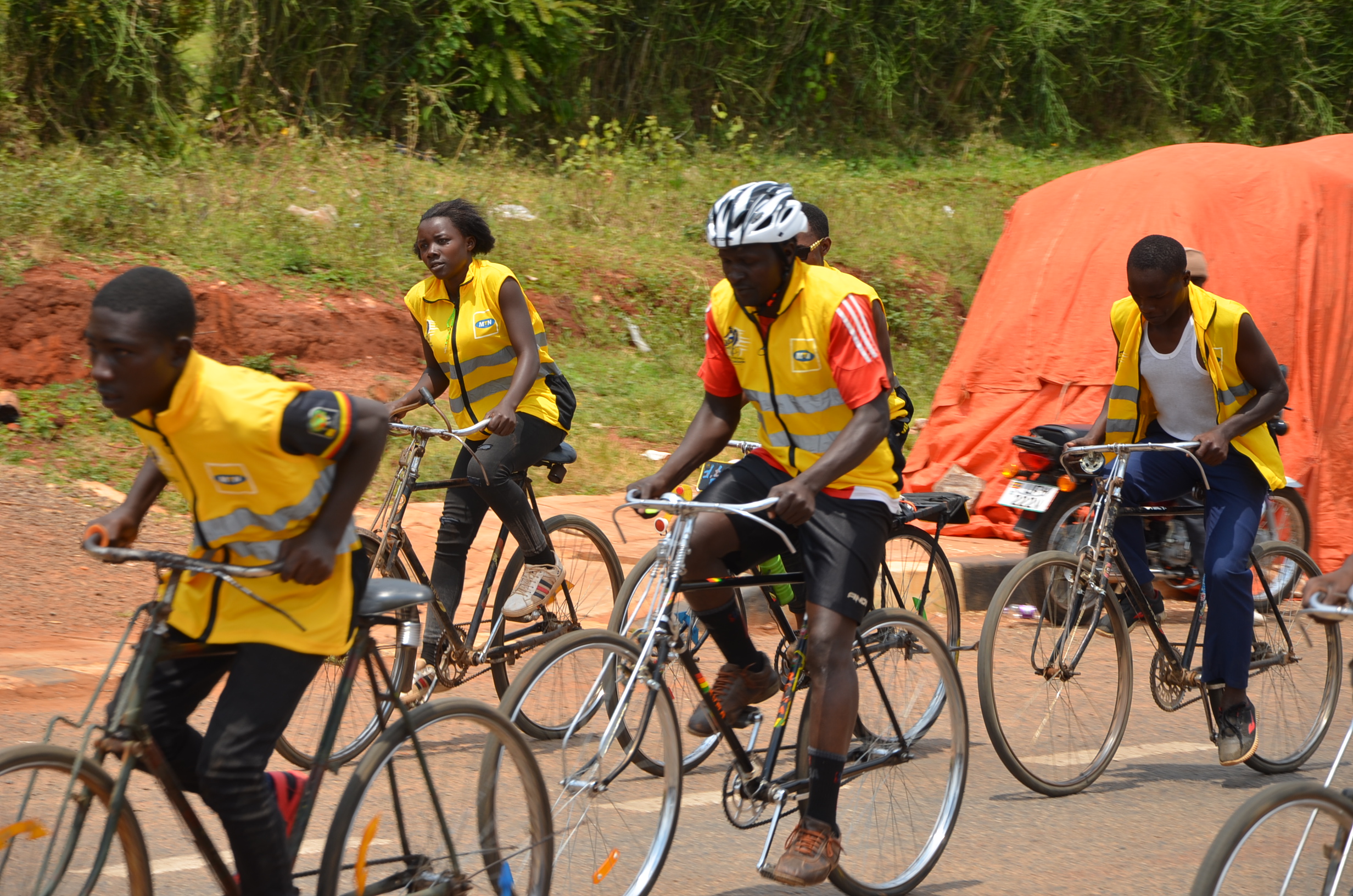 The journey to winning begins for the competitng cyclists

Michael Wandera the minister of sports in Tooro kingdom said that the grand finale will be held on 4th September in Fort Portal and the king of Tooro Oyo Nyimba Kababa Iguru is expected to be the chief guest.

“I am happy that in all the counties that we have been, the exercise has been peaceful and we expect to conclude in September where each county will be represented by the five winners,” Wandera said.

The competition, which is sponsored by MTN Uganda, is open to men and women of all ages in the nine counties that make up the kingdom.

Speaking at the launch of the bicycle races recently, Andrew Tusubira, MTN Uganda’s Western Region Business Manager noted that MTN was proud to be a partner of Toro Kingdom, with which the company had a successful Masaza football engagement early this year.

Besides being a socially entertaining sport, cycling offers unique health benefits like improved strength, balance, and coordination, making it a great sport. 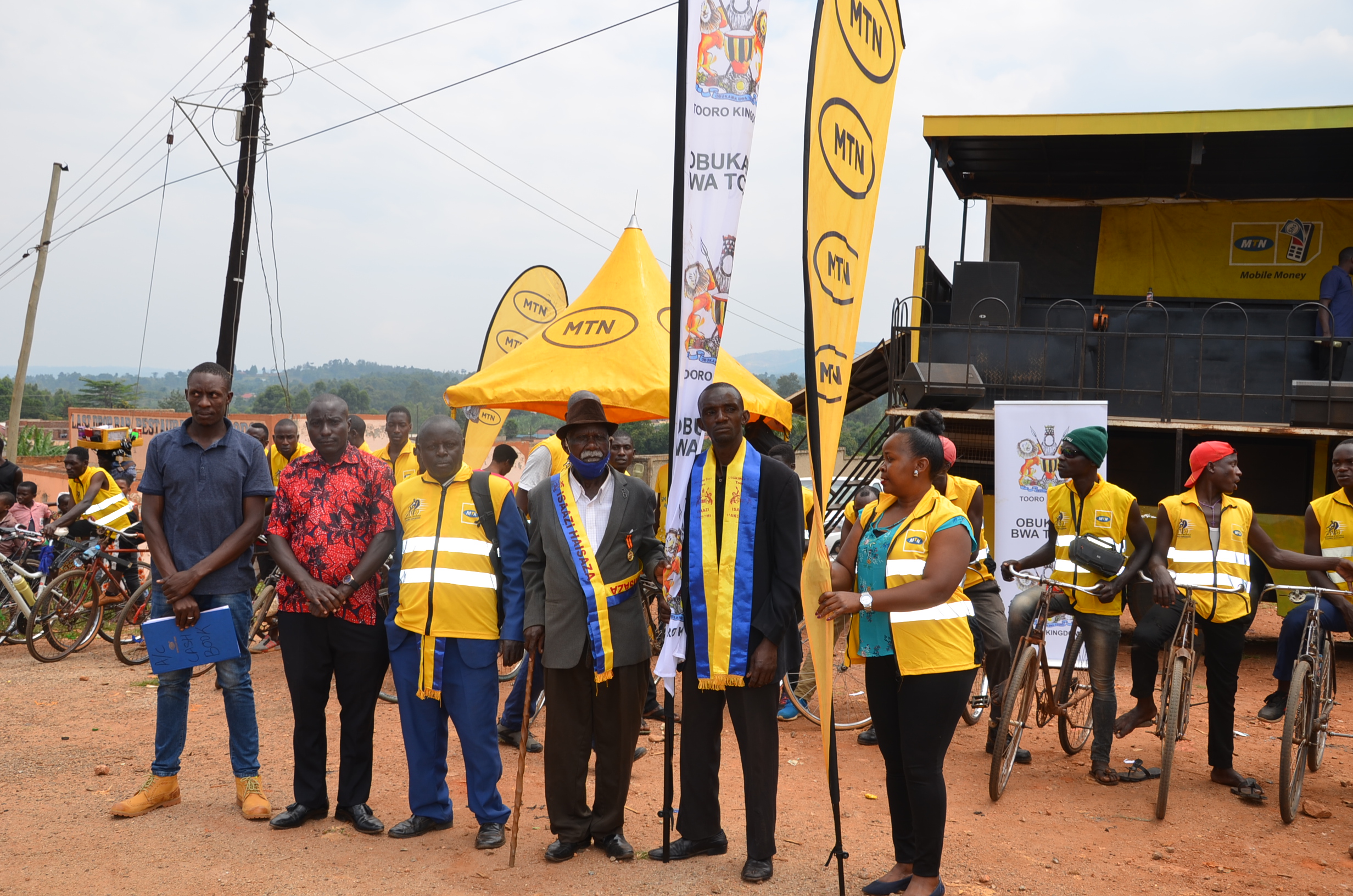 Bernard Tungakwo the Prime Minister of Toro kingdom said that competition is open to all the people within the kingdom.

“These bicycle races will surely foster unity in social development and growth for our people, especially the youth, just like the Toro Masaza Cup did. We are indeed honored to partake in this project with our loyal friends from MTN Uganda,” said Tungakwo