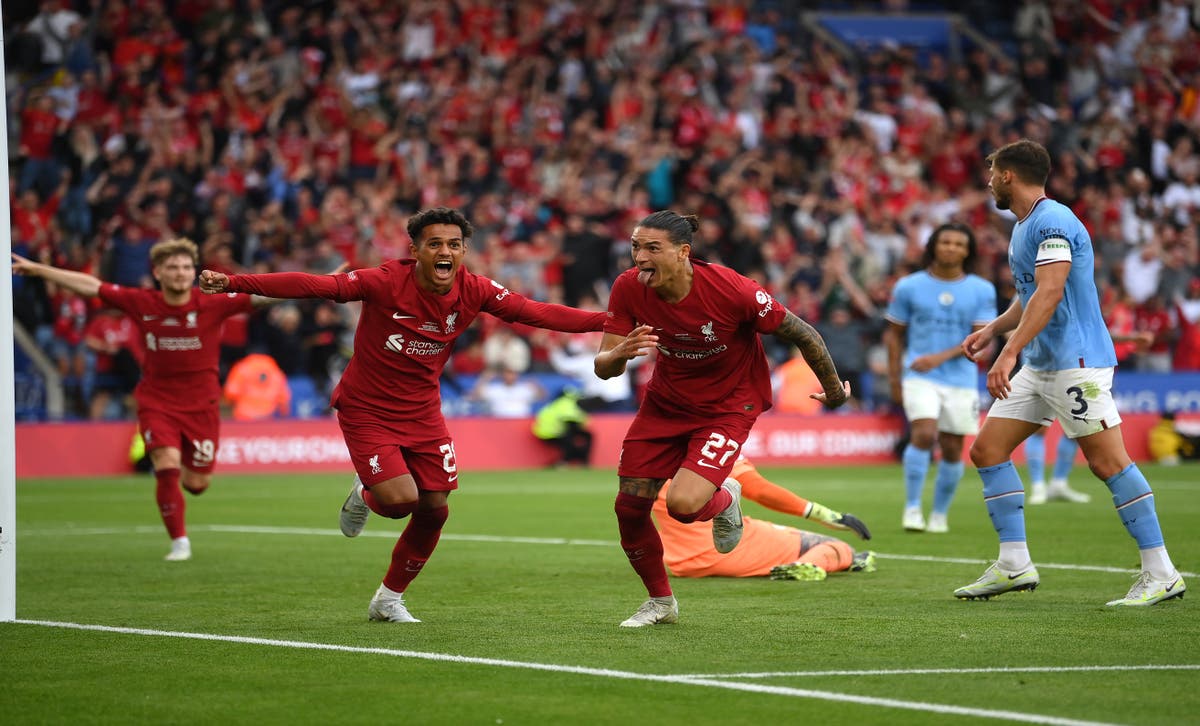 Jurgen Klopp may have tried to avoid a striking shootout, an immediate comparison between two attacking signings. He delayed Darwin Nunez’s debut, holding him back while Erling Haaland started for Manchester City. Yet the Uruguayan ended his Liverpool FC bow having opened his account, made an explosive impact and won the Community Shield. It was quite a start.

His 40 minutes of menace trumped Haaland’s 90 of impotence, capped by a glaring miss in injury time. He clipped the bar but, with the goal gaping, his 14th touch of the match was his worst.

Report by Richard Jolly at the King Power Stadium:

As Liverpool get their medals, Trent Alexander-Arnold is delighted with the win. Some might question how important the Community Shield is but the right back says Liverpool were motivated after previous defeats in 2019 and 2020.

“Our season started today,” he tells ITV. “It was important to get off on the right foot. [On Darwin Nunez] He won the pen, scored the goal. He looks lively. He’s been brought in to score goals. He’s willing to learn and has bonded well with the lads.” 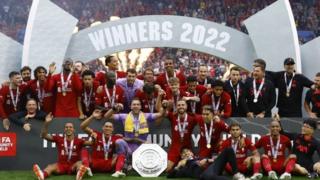 Liverpool have beaten Manchester City 3-1 in a dramatic game to lift the Community Shield.

The match, which is usually played at Wembley Stadium, was moved to Leicester City’s King Power Stadium because Sunday’s Women’s Euro final is taking place at the North London venue.

The Community Shield game has been played for more than 100 years and is traditionally contested between last season’s Premier League title winners and the FA Cup winners. 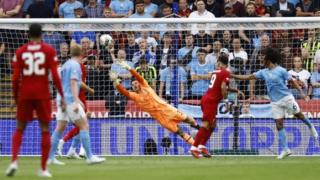 Liverpool full-back Trent Alexander-Arnold scored the opening goal after twenty minutes with a curling effort from the edge of the box which took a slight deflection off City defender Nathan Ake.

Both teams had chances to add to the scoreline in the first half but it stayed 1-0 at half-time.

One of Manchester City’s new strikers, Julian Alvarez, grabbed an equaliser for the Sky Blues in the second half, after scoring from close range to draw the match level at 1-1.

But it was Liverpool star Mo Salah who edged the Reds back in front by scoring from the penalty spot with eight minutes remaining after VAR ruled that Ruben Dias had handled the ball inside the area. 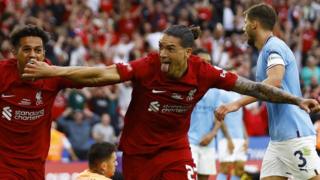 And Liverpool’s big money summer signing, Darwin Nunez sealed victory for the Reds in injury time by coming off the bench to score on his debut to ensure that last season’s FA Cup winners secured the first silverware of the season.

Saturday’s victory means that Liverpool have now won the Community Shield 16 times. Only Manchester United, with 21 victories, have won it more.