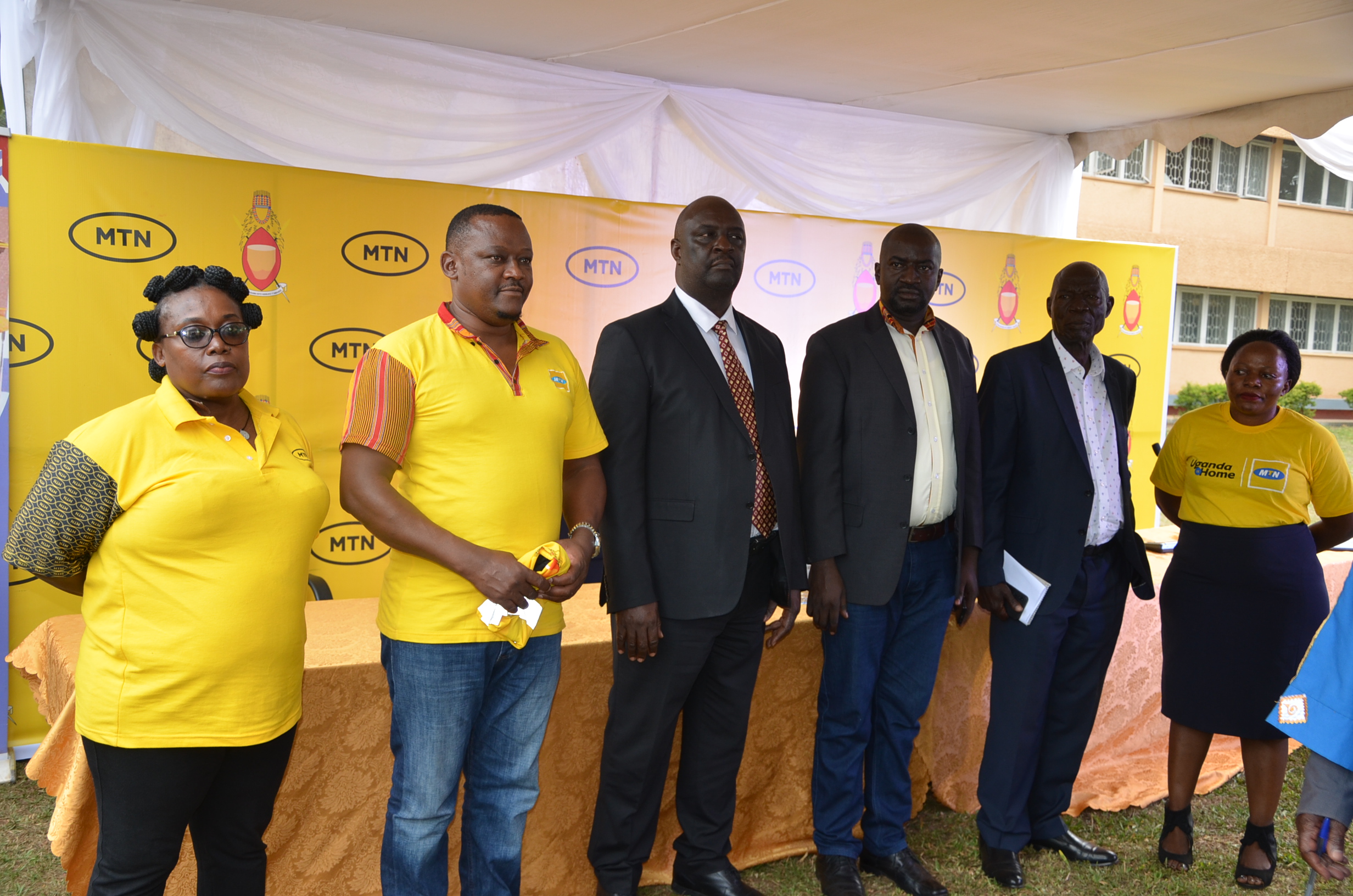 Bunyoro kingdom and MTN officials after the launch on Thursday

MTN Uganda is the exclusive sponsor of the 6 week-long bicycle race competition based on an ongoing partnership that commenced in 2019, between the Kingdom and Telecom.

The long-awaited anticipated bicycle races that are set to kick off on 3rd September 2022 at the Kiryandongo stadium will culminate into a grand finale on 15th October at the Masindi grounds. The races are slated to take place in each country or saza, where the top 5 riders in each will represent their county in the grand finale.

The winners of the bicycle racing competitions will walk away with assorted cash prizes for the top counties as well as outstanding individual riders. 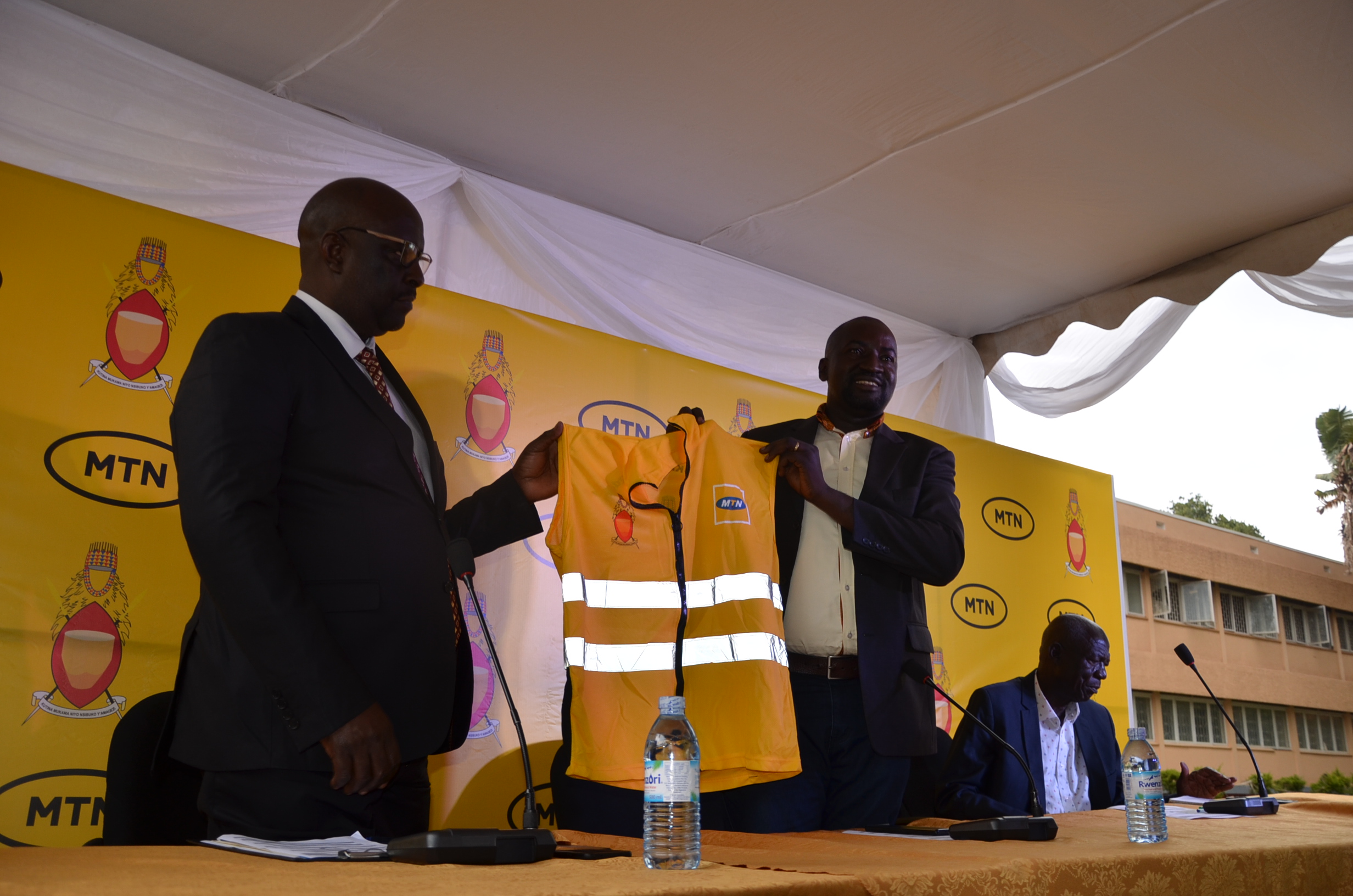 Bunyoro’s Premier, Byakutaga (L) and MTN’s Tusubira (R) unveiling the kit to be used during the bicycle race

While launching the tournament in Hoima, Joseph Bogera, the MTN Uganda General Manager for Sales and Distribution said that MTN identified and is working with kingdoms because they are a strong community establishment that fosters shared beliefs and unity of purpose, which resonates with MTN’s belief that the brand seeks of being #GoodTogether with the communities in which we operate.

“MTN partnered with Bunyoro kingdom to foster the socio-economic and cultural wellbeing of its people through supporting key areas health, education, and sports initiatives. So, we are happy to be launching an activity that will further bring together the people of Bunyoro,” Bogera said.

Rt. Hon Andrew Byakutaga, the Prime Minister of Bunyoro Kingdom thanked MTN Uganda for loving and supporting the people of Bunyoro over the years.

“I am happy to note that after more than 2 years of no sporting activity due to the pandemic, these exciting bicycle races will bring the 15 counties of Bunyoro Kingdom together for a good cause. MTN has been an impeccable partner to the Kingdom of Bunyoro over the years and for that, we are grateful and pledge our continued support to the company. We are very excited and look forward to these races,” Byakutaga said.

As has been the norm over the past years, last month, MTN supported the Bunyoro Kingdom Empango (Coronation) celebrations to mark 28th coronation anniversary of Omukama (king) Solomon Gafabusa Iguru IV with Ushs. 30 million, based on their existing partnership.

Last year, MTN Uganda restored 50 hectares of forest cover in Kagombe forest in the Bunyoro region as part of its “Uganda is Home” campaign. Prior to that, the telecom refurbished and re-equipped the Maternity ward and theatre at Kigorobya Health Center IV in Hoima district to champion maternal and child health in the region. Furthermore, the telecom set up an ICT laboratory at the St. Simon Peter Vocation Training Institute to champion digital skilling.

This year, MTN is set to sponsor a football tournament and bicycle races to further champion unity among the people of Bunyoro. MTN is keen on working with kingdoms because they are a strong community establishment that fosters shared beliefs and unity of purpose, because we believe that MTN and are #GoodTogether.