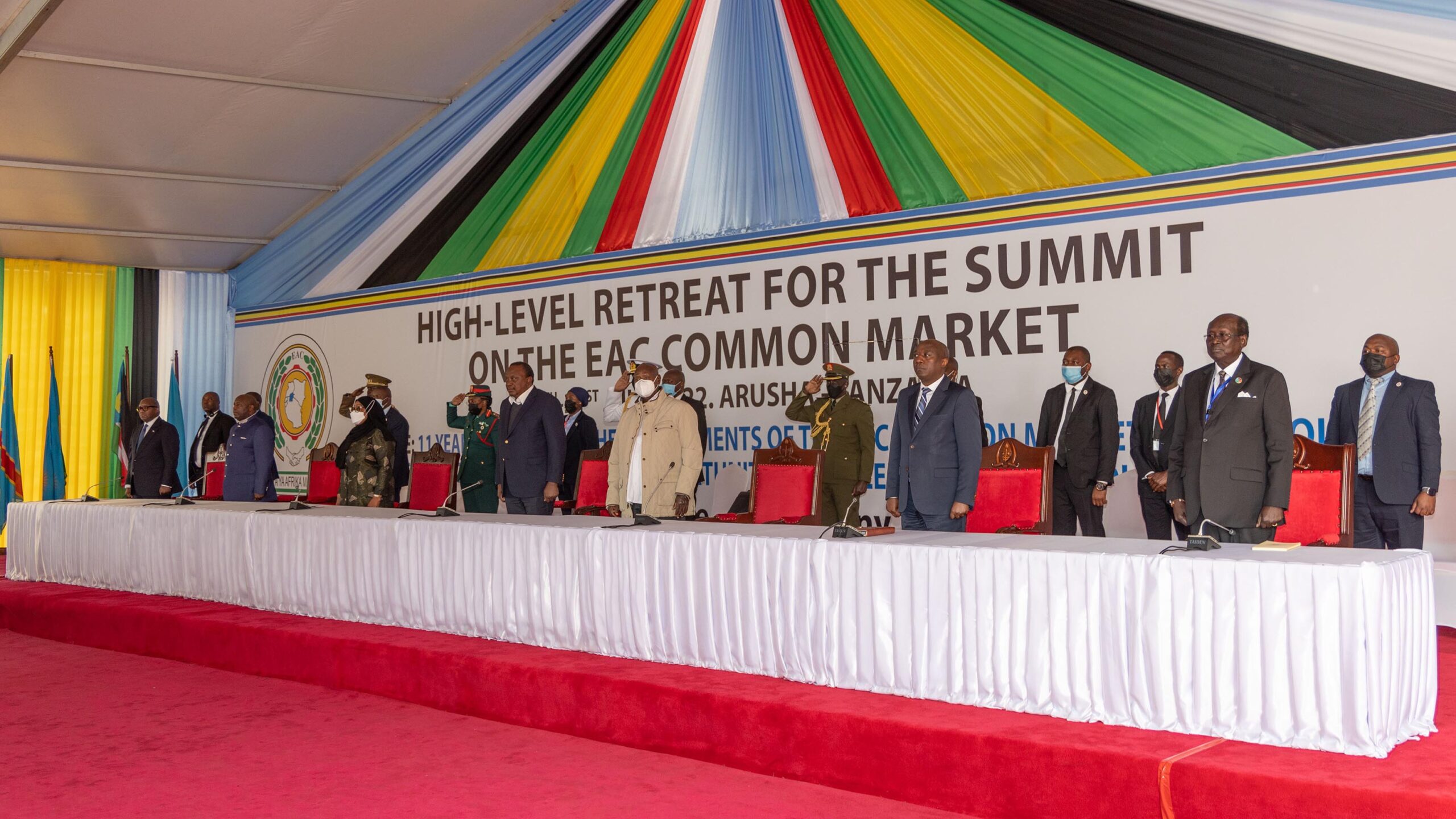 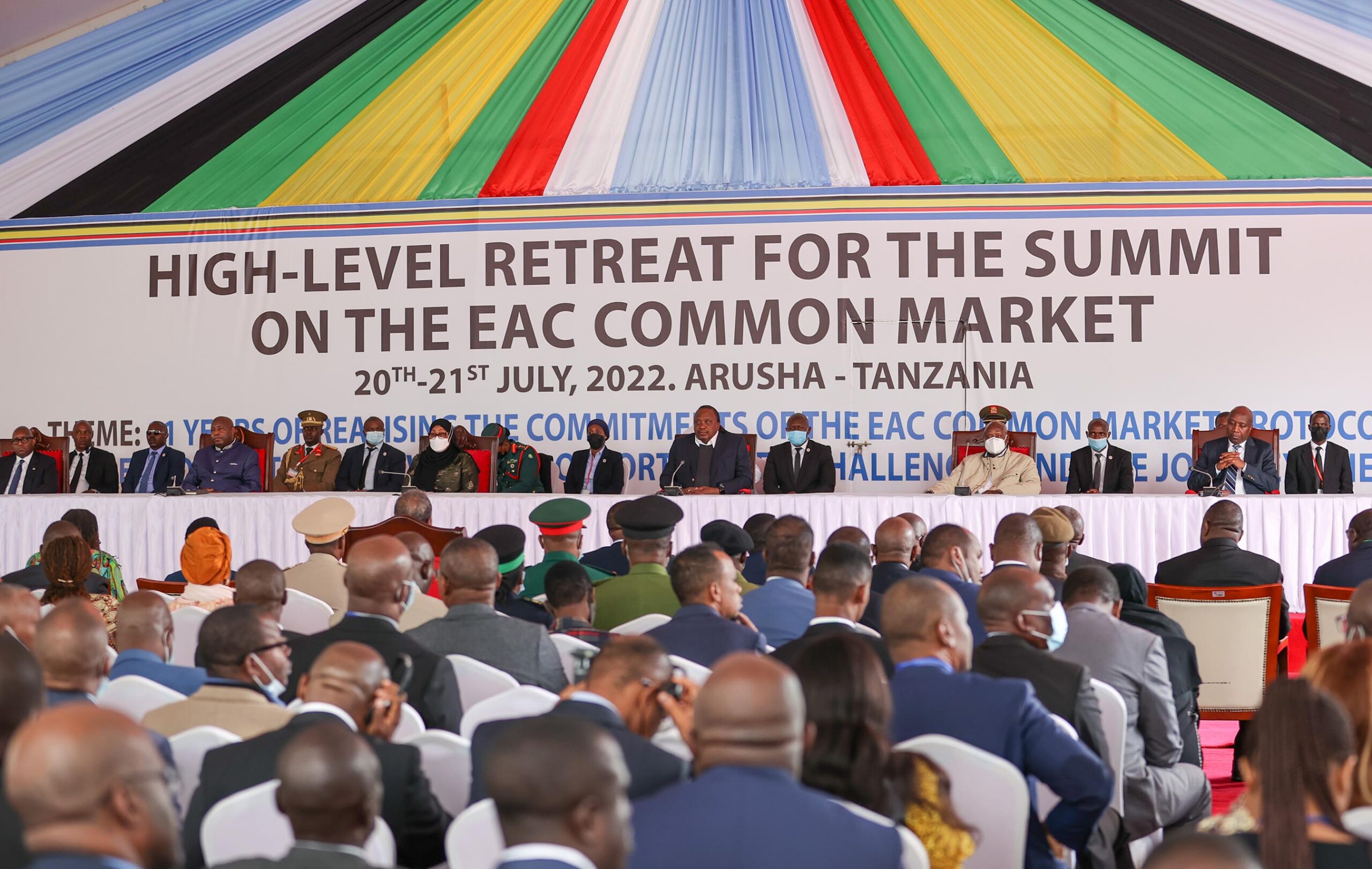 The President pointed out that the East African Community (EAC) will not be able to achieve its targets if its people cannot move from one side to the other and goods cannot be ferried from one part of the region to other with ease.

“That is why infrastructure is critical in achieving our common objective of being a common market. That is why my administration in Kenya has been very keen to see the growth of infrastructure across the board,” the President said. 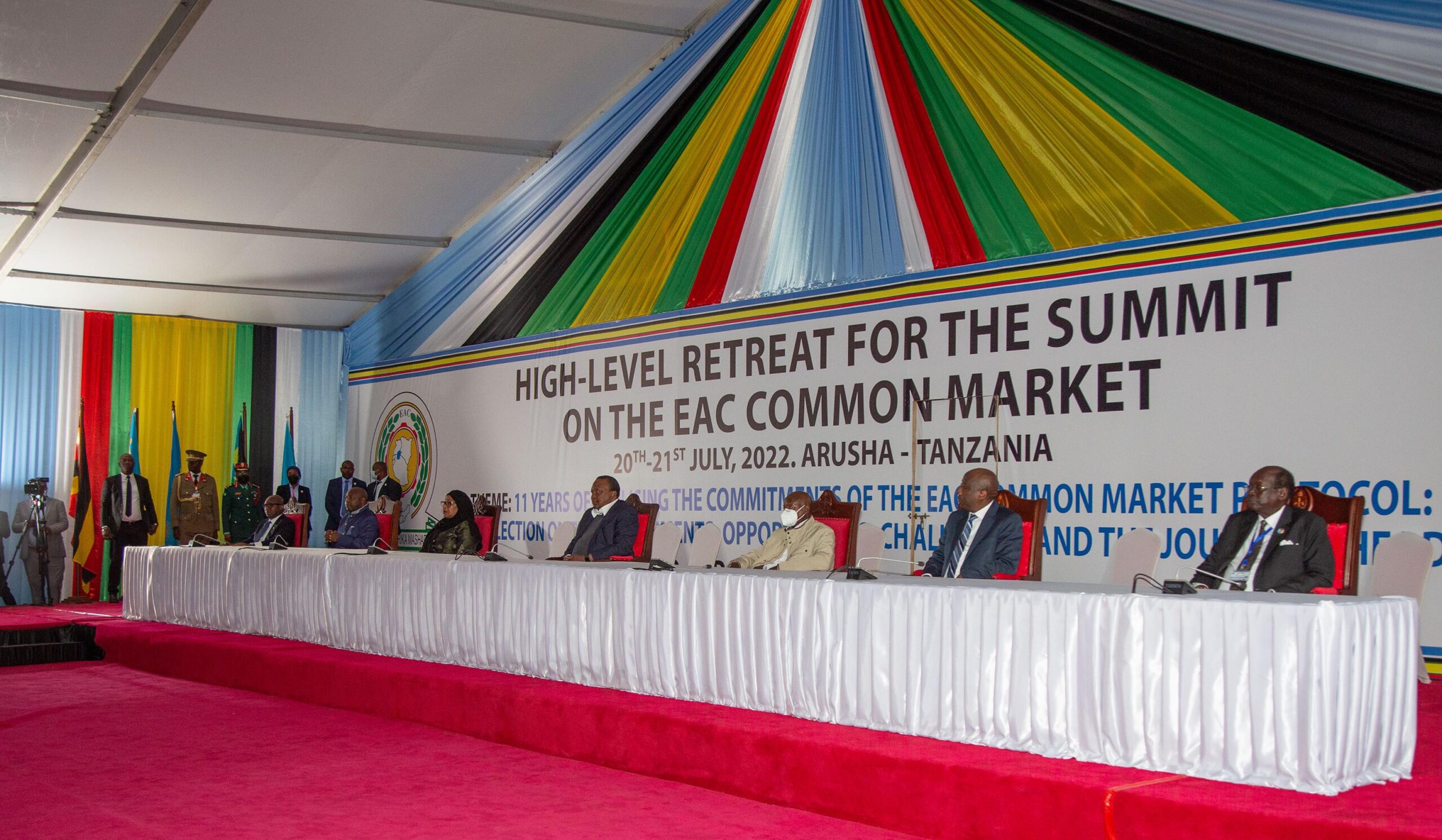 President Kenyatta spoke on Thursday evening during a high-level retreat on the EAC Common Market held at the EAC headquarters in Arusha where the East African Heads of State outlined what needed to be done to expedite the implementation of the EAC Common Market Protocol as part of the efforts of entrenching integration.

Host President Samia Suluhu Hassan was among the East African leaders including Presidents Yoweri Museveni (Uganda) and Évariste Ndayishimiye (Burundi) who spoke at the retreat whose theme was “11 years of realising the commitments of the EAC Common Market Protocol: A reflection on the achievements, opportunities, challenges and the journey ahead”.

Somali President Hassan Sheikh Mohamud, who attended the retreat as a special guest and observer, requested the EAC Summit of Heads of State to speed up the process of admitting Somalia into the EAC.

President Kenyatta pointed out that as long as the East African countries are not interlinked, they will remain to be markets for other regions and not producers.

“If we were all interlinked, we would be able to use our own raw materials, produced by ourselves, to distribute to ourselves and give access also to international markets.

The President informed the retreat that Kenya is linked to Tanzania through Isebania, Namanga and Taveta borders, adding that very soon President Suluhu will be joining the new Kenyan President who will be elected in the August elections to open yet another landmark road that will link Lamu and Malindi all the way to Bagamoyo and Dar es Salaam in Tanzania.

On the other side, President Kenyatta said Kenya is also linked to Uganda and South Sudan.

“We have done the roads from Kitale all the way to the border of South Sudan. We have also started the road from Garissa to link us to our neighbours in Somalia and Ethiopia. At the same time, we have also increased our capacity in terms of telecommunication and fibre to reduce the cost and to extend the outreach. All of these are aimed at helping us come closer together,” he said.

On her part, President Samia Suluhu called for the adoption of effective farming practices to make the region food sufficient while President Museveni said integration will ensure the survival and progress of the region.

Other speakers included Kenya’s acting East African Community and Regional Development CS Betty Maina who is also the chairperson of the EAC Council of Ministers and Equity Bank Managing Director and CEO Dr. James Mwangi who represented the private sector.

Dr. Mwangi shared the reflections of the private sector on regional integration including the challenges and the way forward.