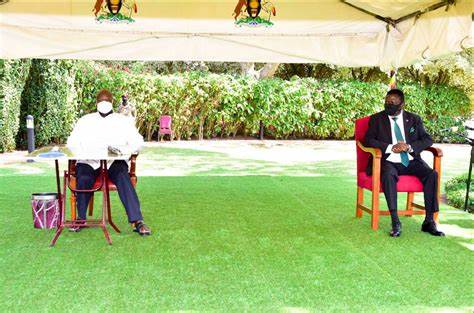 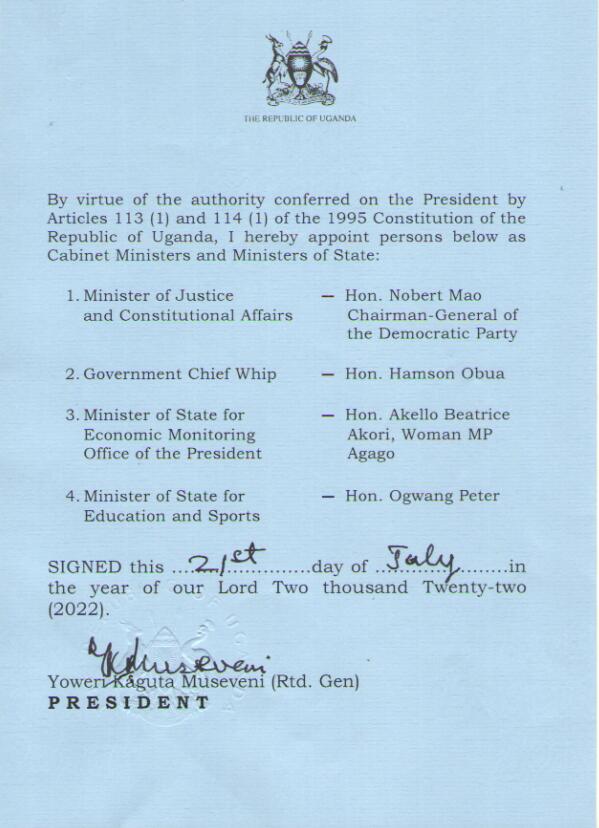 The National Unity Platform Secretary General David Lewis Rubongoya said that the pretense is over and the agreement explains why Mao was attacking NUP.

“The pretense is over. Explains the attacks on NUP. Hope this clears the air for those who always ask about “opposition unity” in Uganda. Like I have persistently said, the mistake some analysts make is to assume that everyone who calls themselves opposition is actually opposition,” he said.

The latest development has been confirmed by the presidential deputy press secretary Faruk Kirunda.

Mao officially becomes the substantive minister for this ministry replacing Maj Gen Kahiinda Otafiire who was reshuffled from this position last year. The ministry has since been in the custody of public service Muruli Mukasa in acting position.

Meanwhile the president has also appointed Hamson Obua who has been the state minister for sports and Education as the government chief whip.

This position has been vacant ever since Thomas Tayebwa resigned to become deputy speaker.

Obua has been replaced by Peter Ogwang who has been the minister of state for economic monitoring in the office of the president.