Nairobi — The Presidential Debate will be held on July 26 ahead of the August 9 election. 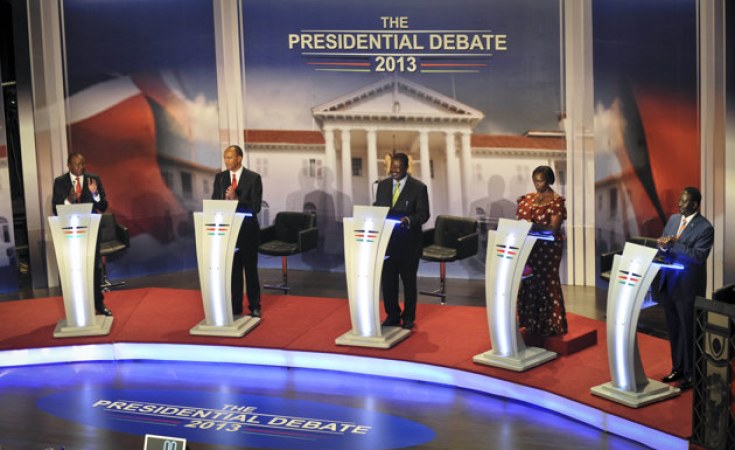 Prior to this, the Deputy Presidential debate will be held on July 19, according to the team organising the debate jointly through the Media Owners of Kenya (MoA), Media Council of Kenya (MCK) and the Kenya Editors Guild (KEG).

The team is also set to host a debate for the Nairobi Gubernatorial candidates–all at the Catholic University.

“We are delighted to confirm to the country that those preparations are now in their final leg and today, we are announcing key details about the debates which will
all take place this month, July 2022,” Head of the Debates Secretariat Clifford Machoka said in a statement.

This year’s debate will also include the Nairobi Gubernatorial debate which will take place on the 11 of July.

A statement from the Head of the Presidential Debates Secretariat indicates that all the debates will be held at the Catholic University for Eastern Africa (CUEA) main campus in Karen, Nairobi, from 5:00pm to 10:00pm.

“For the last one year, the Media Owners Association, the Media Council of Kenya and the Kenya Editors’ Guild in partnership with other key stakeholders, have been preparing for the Election Debates, which have become a tradition in our election cycles since 2013. We are delighted to confirm to the country that those preparations are now in their final leg and today, we are announcing key details about the debates which will all take place this month, July 2022,” Machoka said.

The Secretariat said the Nairobi Gubernatorial Debate will proceed in two tiers in which the first tier will feature gubernatorial candidates whose popularity ratings, based on three recent opinion polls, stand below 5 percent, while the second tier will involve candidates who have polled above 5 percent in the same opinion surveys.

“In addition to the traditional presidential and deputy presidential debates, we wish to inform the public, that this year we will also have a Gubernatorial Debate for the County of Nairobi. This is in recognition of the central place held by devolution in our governance and the growing need to ensure greater accountability at the county level,” the statement read.

The debate is organized by the Media Council of Kenya (MCK)and the Kenya Editors’ Guild in partnership with other key stakeholders.

Organizers of the debate have urged all presidential candidates to participate in the organized debate so as to enable Kenyans understand their agenda better.

The plea came even as Deputy President William Ruto vowed to keep off the debate over alleged unfair coverage by the media.

his main competitor Raila Odinga of Azimio La Umoja has also said he wil only attend to debate Ruto.

According to MOA chairman Stephen Gitagama, the debate will focus on issue-based elections as well as provide an opportunity for the candidates to debate, interact and engage.

“The debate is to allow the candidates to speak with millions of Kenyans to share their dream, to share their vision and what they would like to deliver to Kenyans once they are elected,” he said.

“Also, the debate gives an opportunity to Kenyans to interact to ask questions and create a platform to interact and ask the question to the candidates who want to be their president.”

This will be the third televised presidential debate in the country, the first being in 2013.

In the 2017 presidential debate, President Uhuru Kenyatta failed to attend.