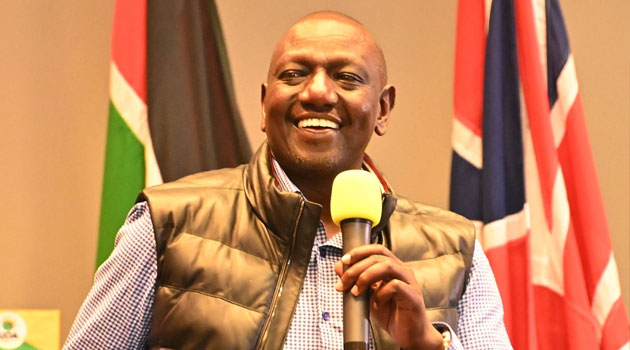 According to the study, most people in 11 counties would vote for DP Ruto in the August election.

“Mt Kenya is definitely a Ruto stronghold, from June to now, Ruto has gained 3 percent and Raila has lost 3 percent.  In June, Raila was at 31 in Embu and he has dropped by half he is at 16 percent and Ruto has moved from 51 to 63 percent,” Infotrak Chief Executive Officer (CEO) Angela Ambitho said.

Kalonzo had opted to leave the coalition after Odinga failed to name him as his running mate.

“The return of Kalonzo has provided a 13 percent rise to the Raila Karua ticket. When we did the study in June Kalonzo was out of Azimio and Raila’s popularity was at 41 percent now its at 54 percent. Ruto is at 25 percent,” she said.

The survey which was conducted between July 6 and 7 placed Odinga’s popularity at 43 percent Ruto at 37 percent, Roots Party candidate George Wajackoyah at 4 percent while David Mwaure of the Agano Party was trailing at 0.1 percent.

The survey further showed that the United Democratic Alliance (UDA) led by DP Ruto is more popular at 33 percent followed by Orange Democratic Movement (ODM) of Odinga at 31 percent.

However, the Azimio La Umoja One Kenya Coalition enjoys 43 percent popularity while Kenya Kwanza’s popularity is at 38 percent.

9,000 respondents were interviewed across 290 constituencies with the research firm indicating that the response rate stood at 96 percent.