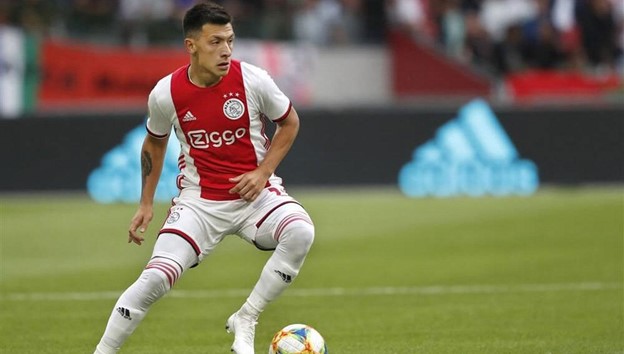 That’s according to John Cross, who writes in The Mirror that Arsenal have been working on a move for the Argentina international over the course of the last two months.

The Dutch giants have slapped a £50m price tag on the centre-back – whom Manchester United are also said to be keen on – with Cross claiming that Arsenal are having to “fend off competition” for the 24-year-old.

However, with Mikel Arteta’s side now reported to have made a new offer for the Ajax star, United will have to move quickly if they wish to have any chance of bringing Martinez to Old Trafford this summer.

Could bring back old Bruno

Last season Bruno Fernandes did not perform as well as everyone knows he can, although admittedly nobody did for this underperforming United side.

Under Ole Gunnar Solksjaer, and protected by the workmanlike pairing of Scott McTominay and Fred behind him, he thrived.

Perhaps if Erik ten Hag can tempt his former colossus from Ajax to Old Trafford, it could allow Fernandes the creative freedom to recapture his previously world-class form.

Indeed, while it is true that Martinez is predominantly a central defender, his underlying stats outline him as a progressive stopper who can also function in central midfield, and his profile suggests he could even replace the outgoing Nemanja Matic.

He is a combative player with the impetus to go forward: exactly what the Red Devils have been lacking in recent years.

It is therefore no surprise to Ten Hag has already sung his praises, labelling him an “excellent player” back in 2021.

Having clearly been enamoured with him in the past, it would make perfect sense to bring the Argentina international to Old Trafford and balance what has been an unstable midfield for years now.

If this could in turn benefit the Portuguese midfielder and help catapult him back to his old self, then it truly is a no-brainer, no matter the cost.