Adjumani, Northern Uganda: The District hosts over 240,000 refugees notably from South Sudan, DR Congo, Somalia, Rwanda and others which poses a threat to environment. 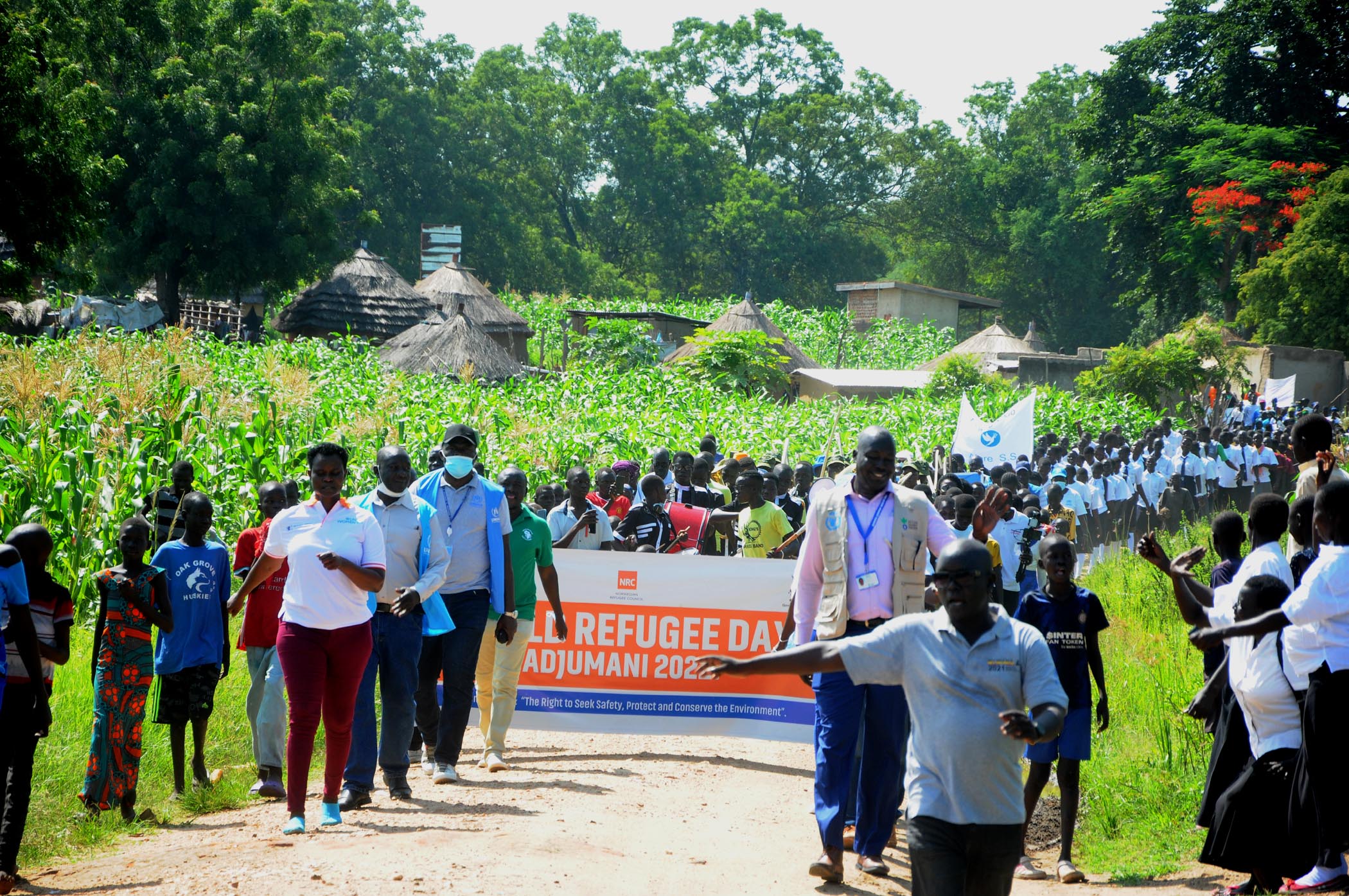 Their influx however impacts on the environment and in this, Office of the Prime Minister, Adjumani District has embarked on sustainable measures to restore the environment in Refugee camps and host communities under the theme “Right to seek safety while protecting and conserving the environment”.
Celebrations we’re held at Alere II Primary School in Alere II Refugee Settlement. 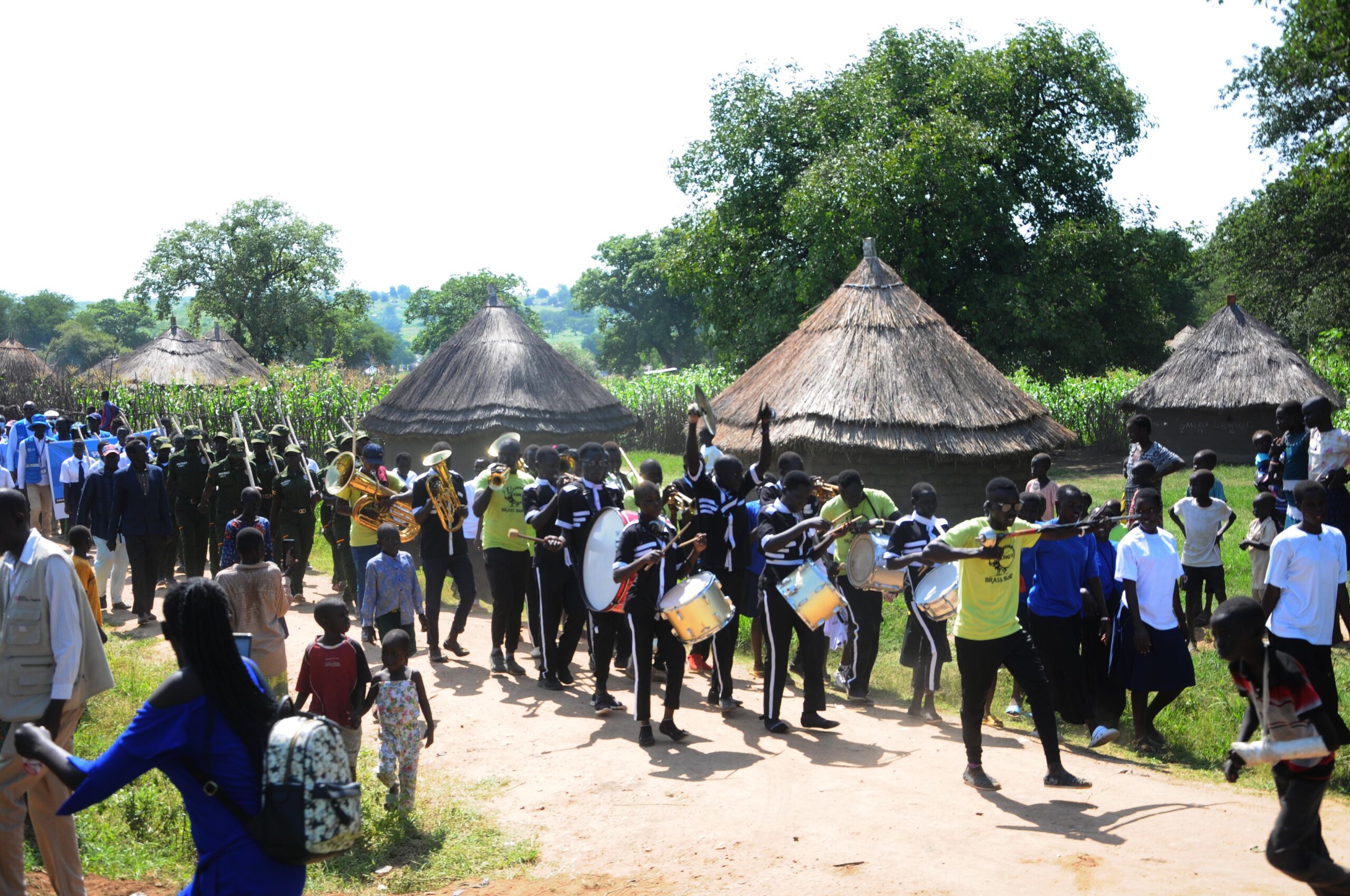 While Addressing the congregation at World Refugee Day 2022 that was celebrated in Adjumani District, Andeoye Robert, the Refugee Desk Commandant Office of the Prime Minister, Adjumani District mentioned the government’s galvanized programs of realizing a safe environment.

“We know the impact of refugees in the settlement, they need firewood for fuel, poles for construction which threatens environment”. He cited. 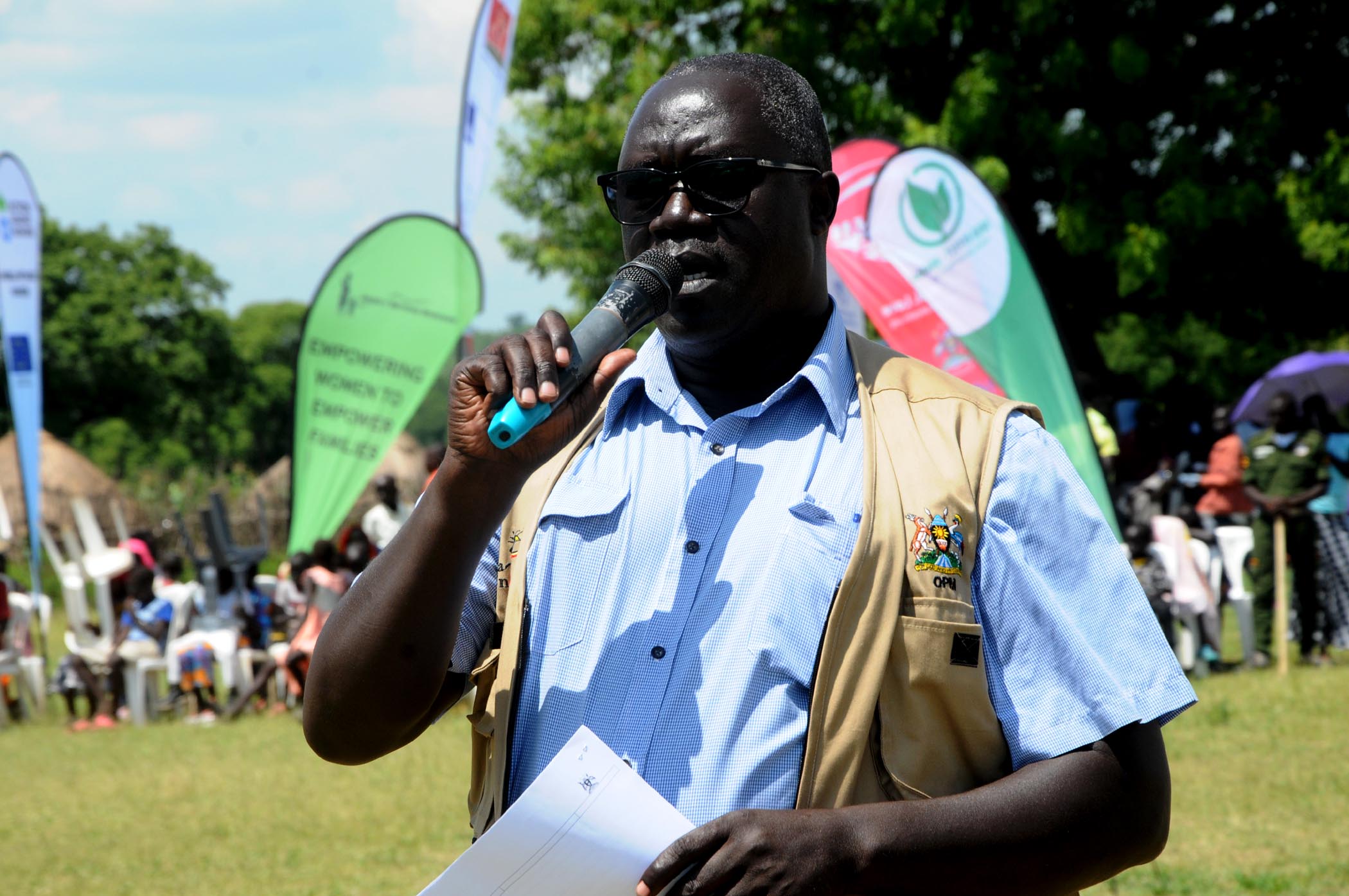 “Again since the landlords see the refugees as a source of income, they go on to cut down trees and sell to them and that’s why you find there is conflict over these resources especially trees for construction materials, grass because they harvest them and sale to them”. He added.

He said as Office of the Prime Minister they have encouraged the community to replant trees in order to restore the already cut.

He continued to say that the Government has engaged landlords to offer land close to 15 acres for tree planting for both refugees and host communities in a bid to improve and conserve the environment under Development Response to Displacement Impact Project (DRDIP) however the place has long dry seasons to favor some interventions like effective tree growing.

He also informed that with the help of partner organizations there has been invention of energy saving stoves, briquettes and others.

Responding to the preparedness question of harmonizing the situation of new arrivals in the area, Andeoye informed that Adjumani no longer receive more refugees but it is just a transit district (when refugees arrive, they are taken to settlements in other districts.)

Felista Nebril the United Nations High Commission for Refugees (UNHCR) Representative for Adjumani District mentioned that with the global theme “Whoever, Wherever, Whenever, Everyone has the right to safety” there must be recognition for refugees’ strength and perseverance wherever they exist.

Nebril cited that there is a need for raising awareness regarding the refugee situation globally especially in Adjumani district in order to better their plight.

She called for resilience in refugee response actions such that there is harmony within the refugee settlements.

She added that the population of Adjumani district comprises over 50% refugees being one of districts in Uganda with a large number of them as well the country being with many refugees in Africa there. “This calls for effective actions and recognition”. She added.

As a Guest of Honor, Peter Taban Data, The Resident District Commission, Adjumani District called UNHCR to revitalize their interventions especially in the supplies to refugee communities as food was phased out there by adopting aid information of money yet it is not enough compared to the current economic situation.

He sought that partner organizations help refugee communities through equipping them with skills as well as finances to procure materials such that they can produce some products and become self-sustaining.

He on the other hand asked men within the refugee communities to help their wives in executing some of the responsibilities citing that in most cases women are left to do a lot.

Amongst partners in the belated celebrations was Action Against Hunger USA-Uganda Mission which is implementing the Right to Grow Project in the district with focus on fighting Malnutrition in Children below the age of five.

This is a five-year project by the Ministry of Local Government with funding from the Foreign Affairs Ministry of The Netherlands running from 2021 to 2025 in districts of Adjumani, Yumbe and Kikuube.