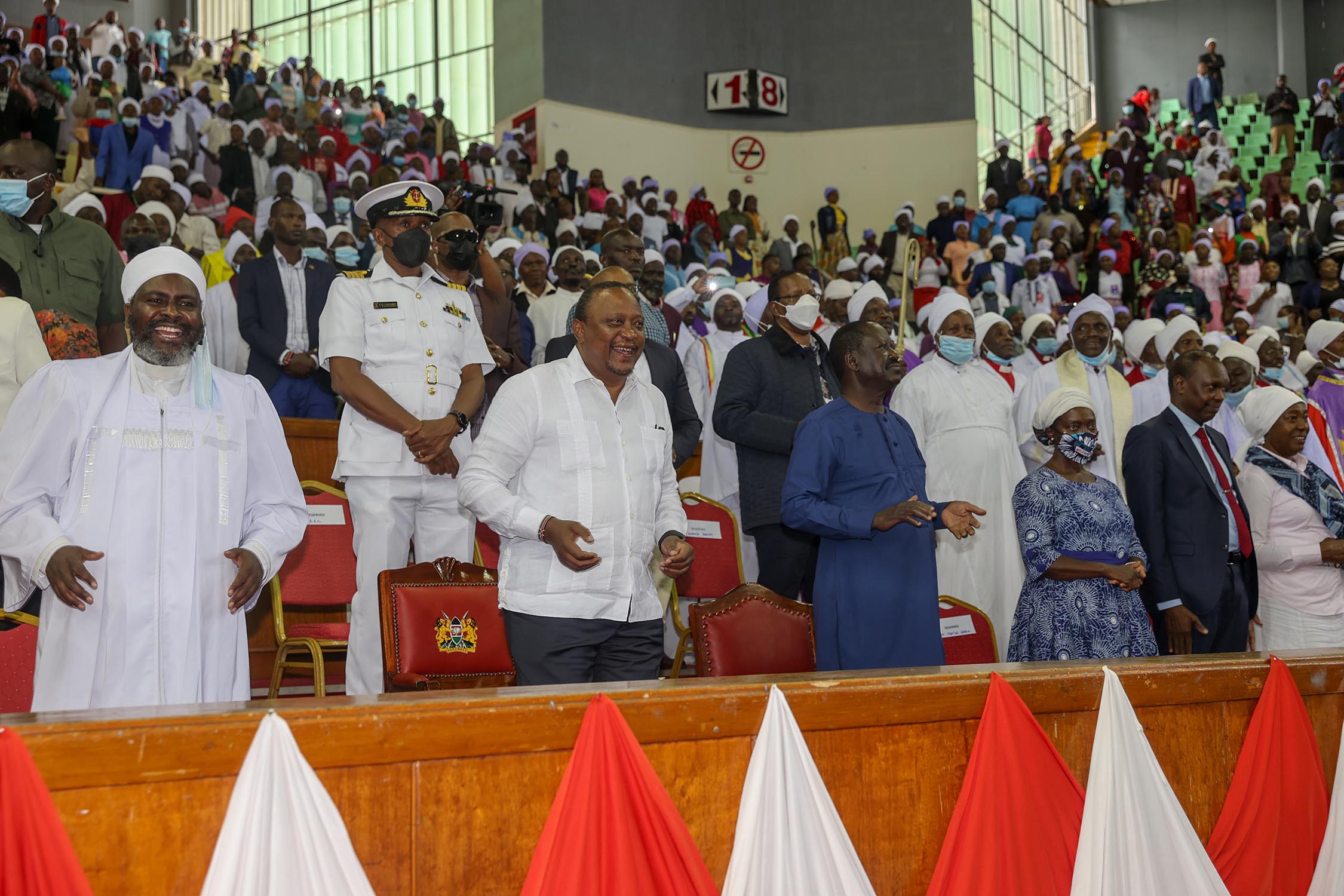 Speaking on Sunday at the Moi International Sports Complex, Kasarani, during celebrations to mark 100 years of the Akurinu Church, the President urged school principals to respect the religious beliefs, norms and traditions of all students.

“If you look at all religions, they observe certain beliefs, norms and traditions. For instance, our Muslim brothers and sisters have particular attire, which reflects their beliefs. The same applies to the Sikhs. 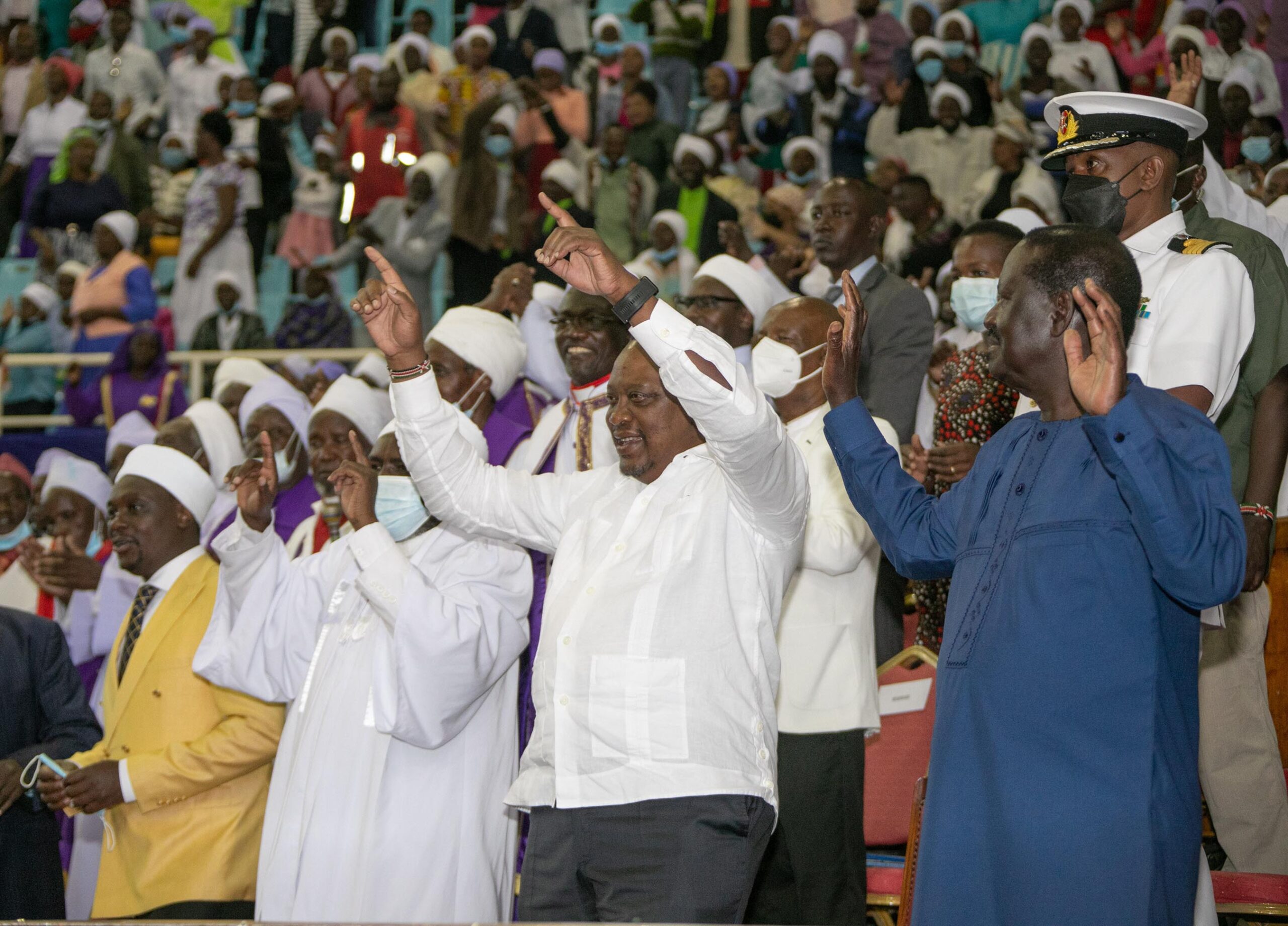 “I want to insist to the school principals that have been discriminating our Akurinu brothers and sisters because of wearing their turbans at school that they should stop that habit. It is not justified. There is no law that says that a person doesn’t have the right of identifying themselves in school, at the hospital and in the office according to their religion. 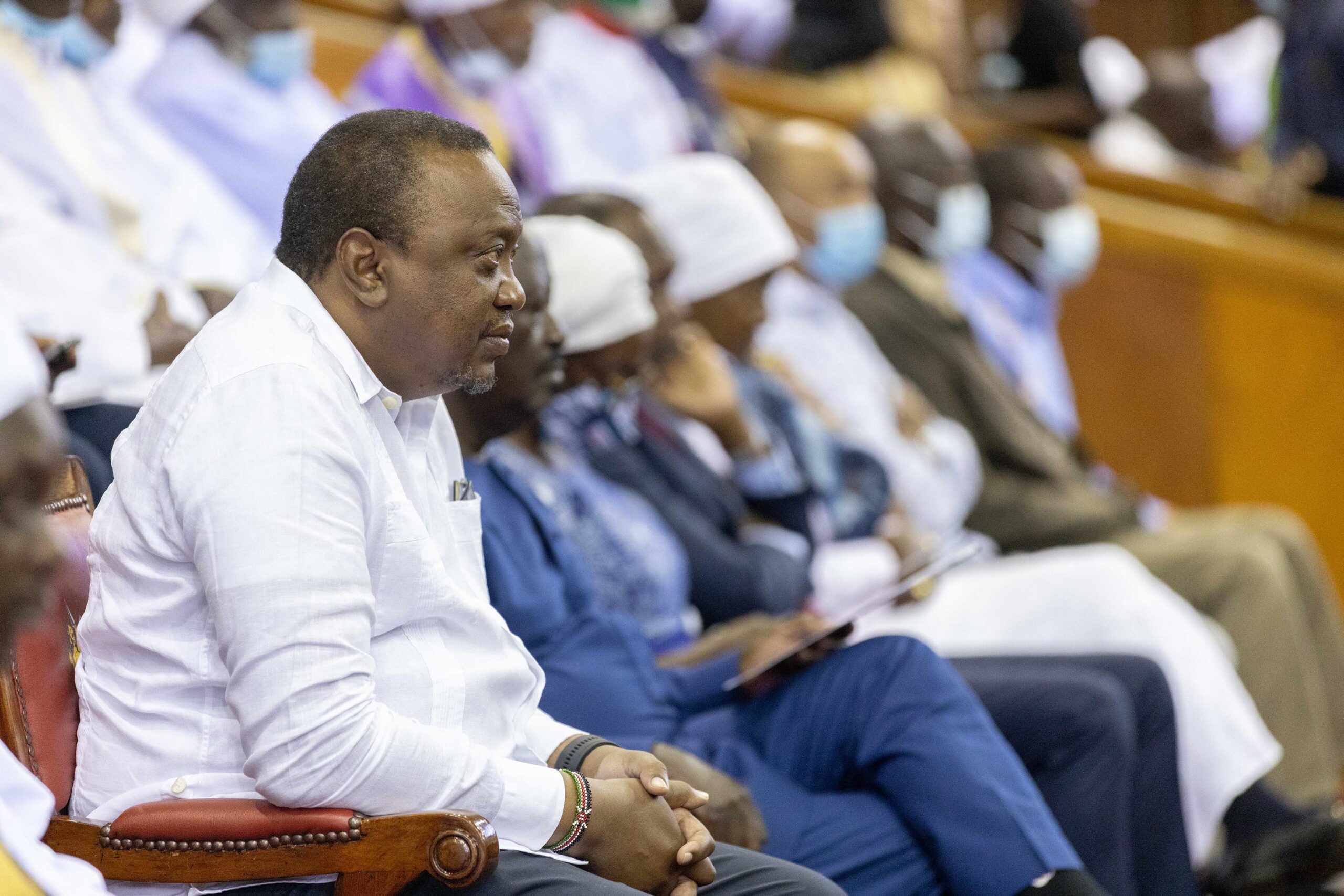 President Kenyatta said students should be allowed to express their religious beliefs so as to build their confidence in God.

“Everyone has their rights guaranteed in our constitution and they should be safeguarded. Everybody has a right and we want to protect that right so that our children can grow as confident people who understand that their faith is their right,” the President said.

He commended the Akurinu church for being at the forefront in spreading the gospel, noting that since its inception in 1922, the church has grown its membership to 1.5 million. 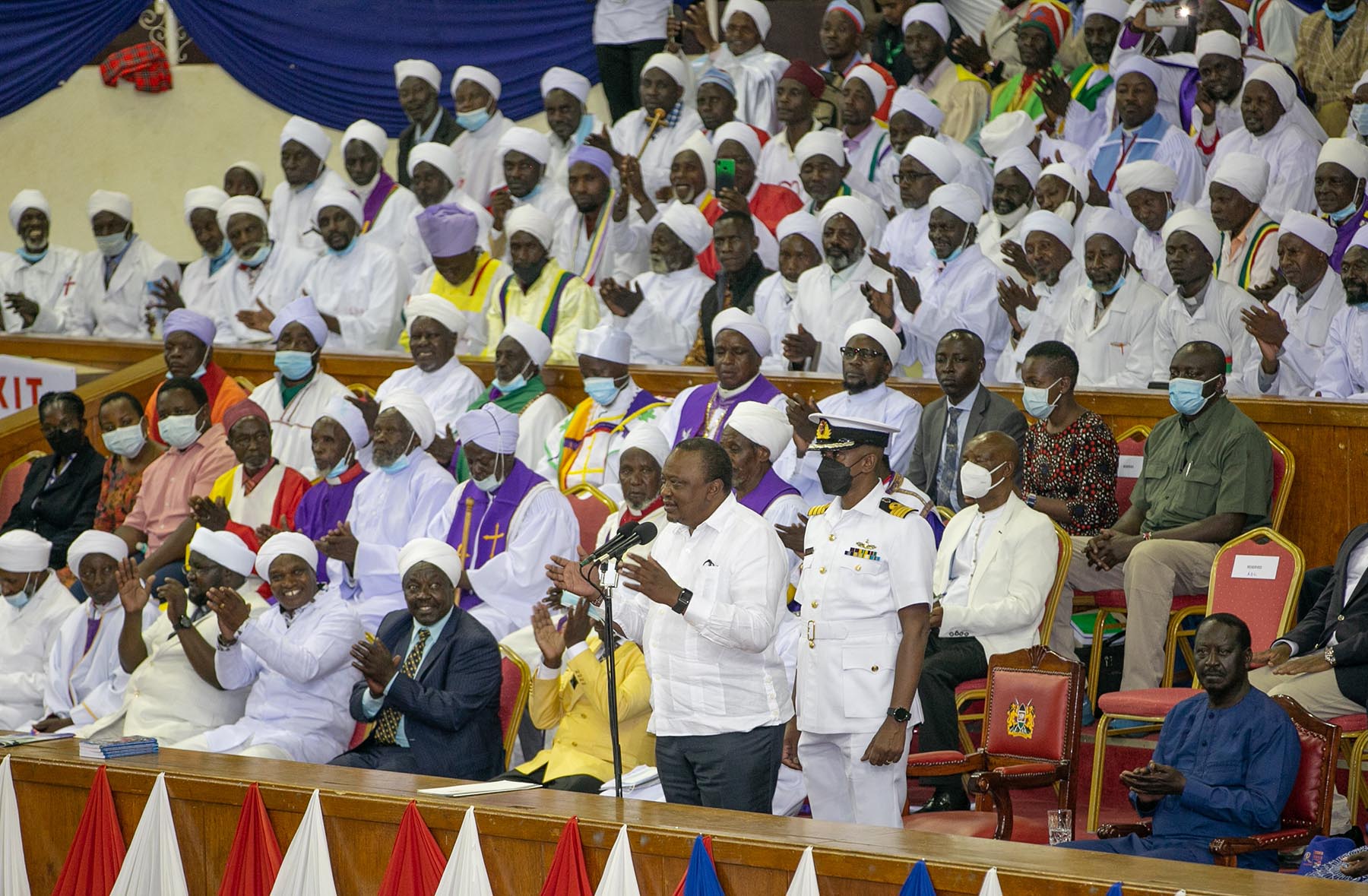 “We are here to thank God for guiding and bringing us to a place where we are celebrating 100 years of his work. Akurinu Church was started by one of us, a Kenyan who managed to spread the gospel and now we have a membership of 1.5 million. It has not been an easy journey. It has been tough but by God’s grace we have been enabled to be where we are now,” he said. 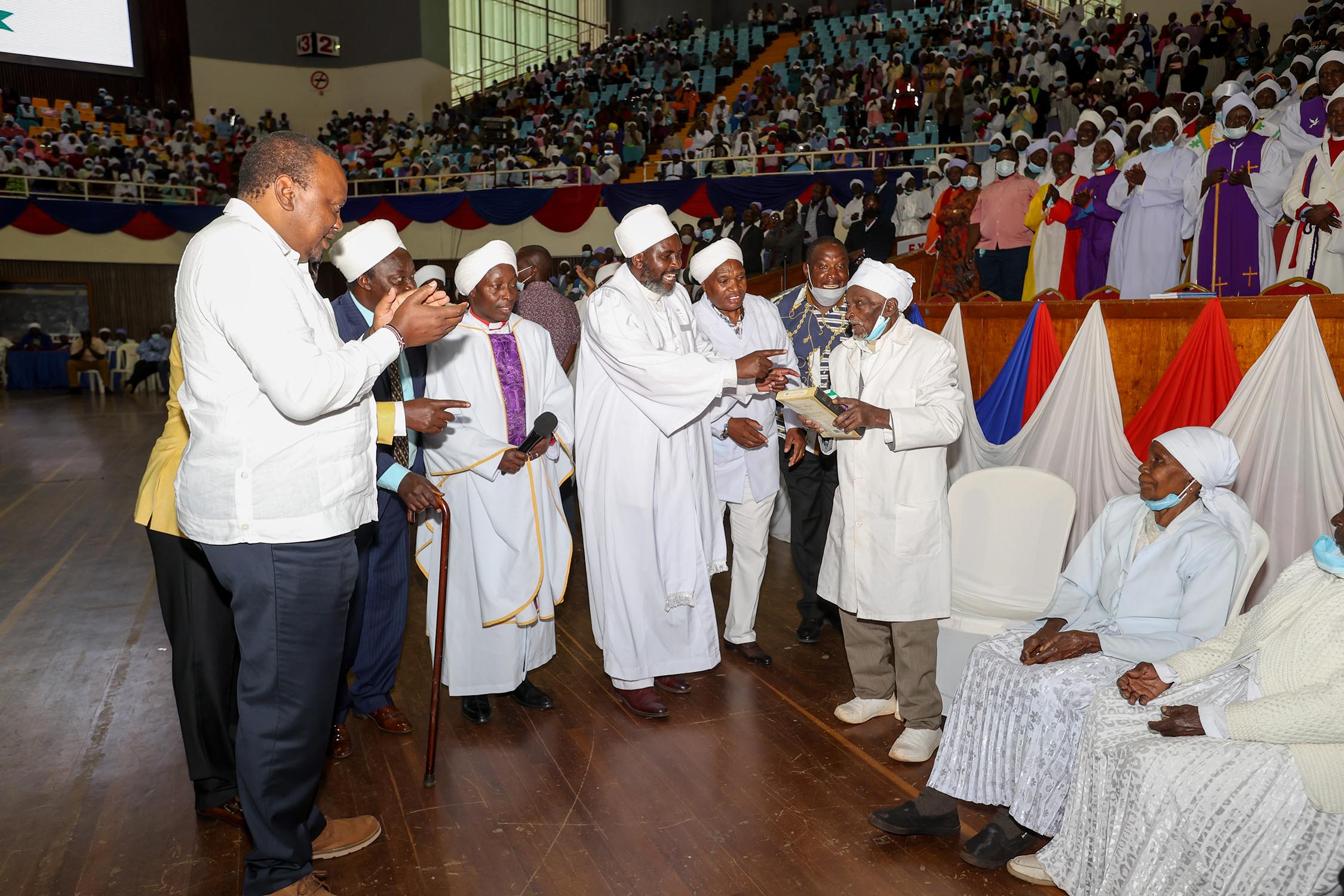 The President further applauded the church’s leadership for promoting education and spearheading various development activities that have been part and parcel of the country’s socio-economic growth.

“You have a generation which not only preaches the gospel but also practises different professions in various fields of human development. Some are doctors, engineers, civil servants, police officers and lawyers among others.

“As we celebrate 100 years, we say thank you to God. Thank you to all who began this journey and we pray that just as the Bible has been handed over from an elder who recently celebrated 100 years of birth to a young person, we trust that this gospel will continue for another 100 years,” President Kenyatta said. 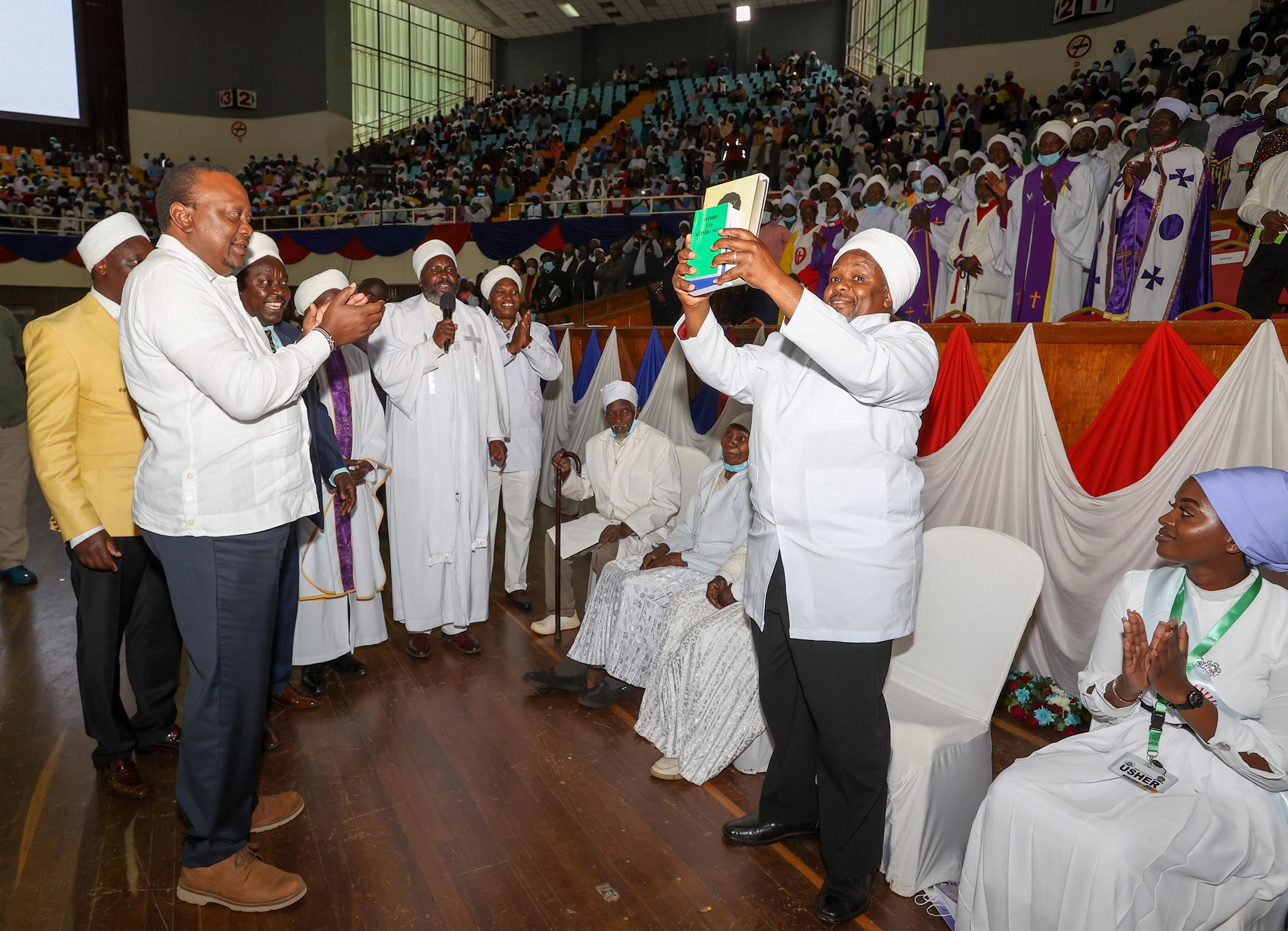 During the ceremony, President Kenyatta announced the appointment of various leaders of the Akurinu Church to public institutions among them David Kiarie Mburu as chairperson of the Kenya Tea Development Authority.

Others were the Secretary General of the Akurinu church Ibrahim Jeremiah Macharia who was appointed as a Board Member of the Postal Corporation of Kenya, Samuel Thiong’o as the Chairman of the National Water Harvesting and Storage Authority and Eunice Njeri Njau as Council member of the Kenya Institute of Mass Communication (KIMC).

Azimio la Umoja-One Kenya Alliance Presidential candidate Raila Odinga commended the Akurinu Church for championing Kenya’s liberation from the yoke of colonial masters, noting that their foresight in integrating Christianity to the African culture has enabled the country to witness progress even as it conserves its heritage.

“The Akurinu began as a group of freedom fighters for our independence. They started by saying Christianity must be entrenched in the African culture and must be preached in an African way. There are people who were killed because of their faith and some went to the forest to fight for our freedom but they were Akurinu.

“Later after independence they didn’t involve themselves with grabbing other people’s property such as land and now they have their children and grandchildren who have gone to school and are fully in charge of God’s work,” he said. 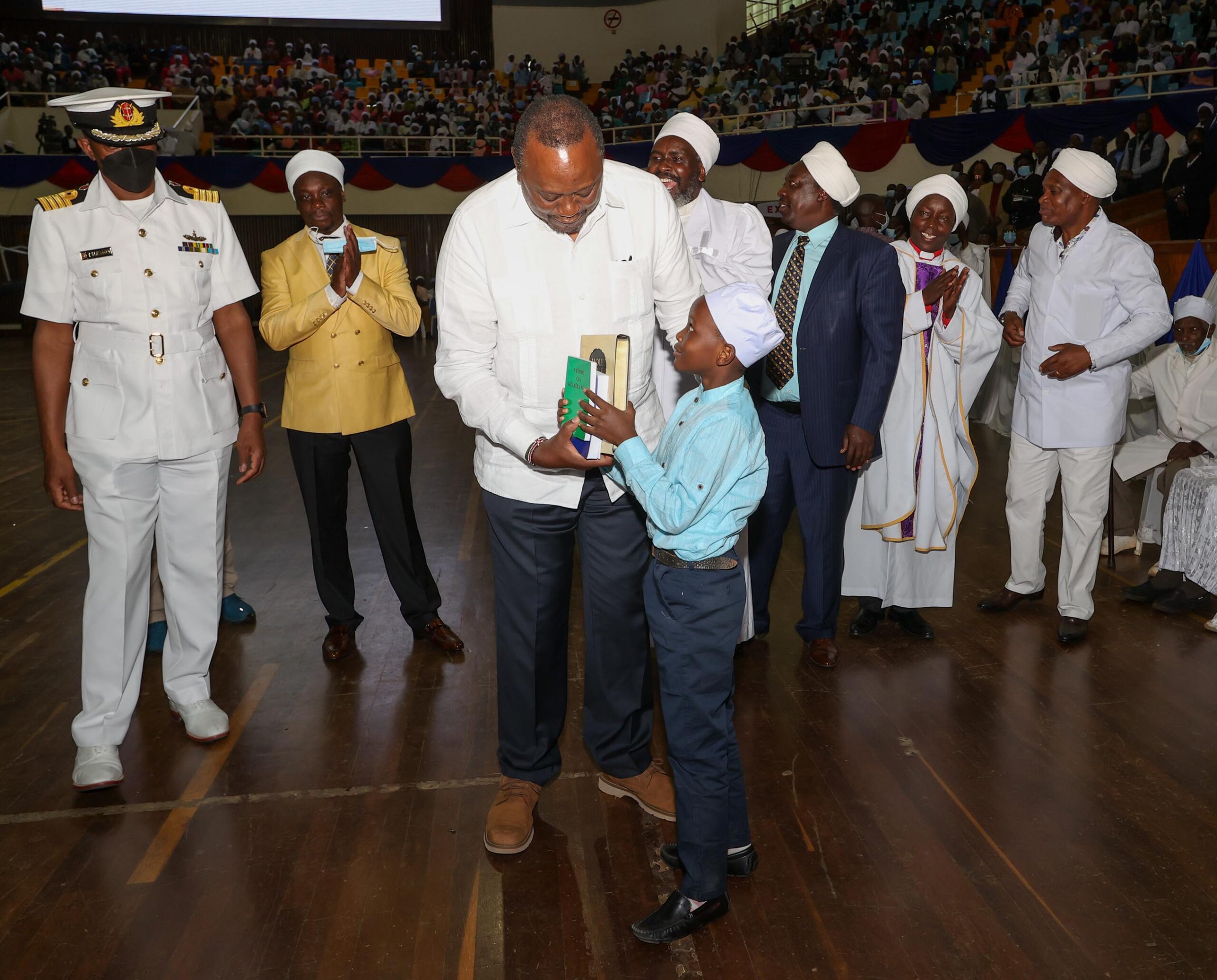 The Azimio la Umoja-One Kenya running mate Martha Karua urged the Akurinu Church to pray for the country during this electioneering season, saying the Alliance is ready to work with the church for the country’s development.

The Akurinu Church national chairman, archbishop Apollo Gachau, thanked President Kenyatta for his support to the church and assured him of the organization’s commitment to the unity of all Kenyans.

The ceremony was also attended by several leaders and senior Government officials.