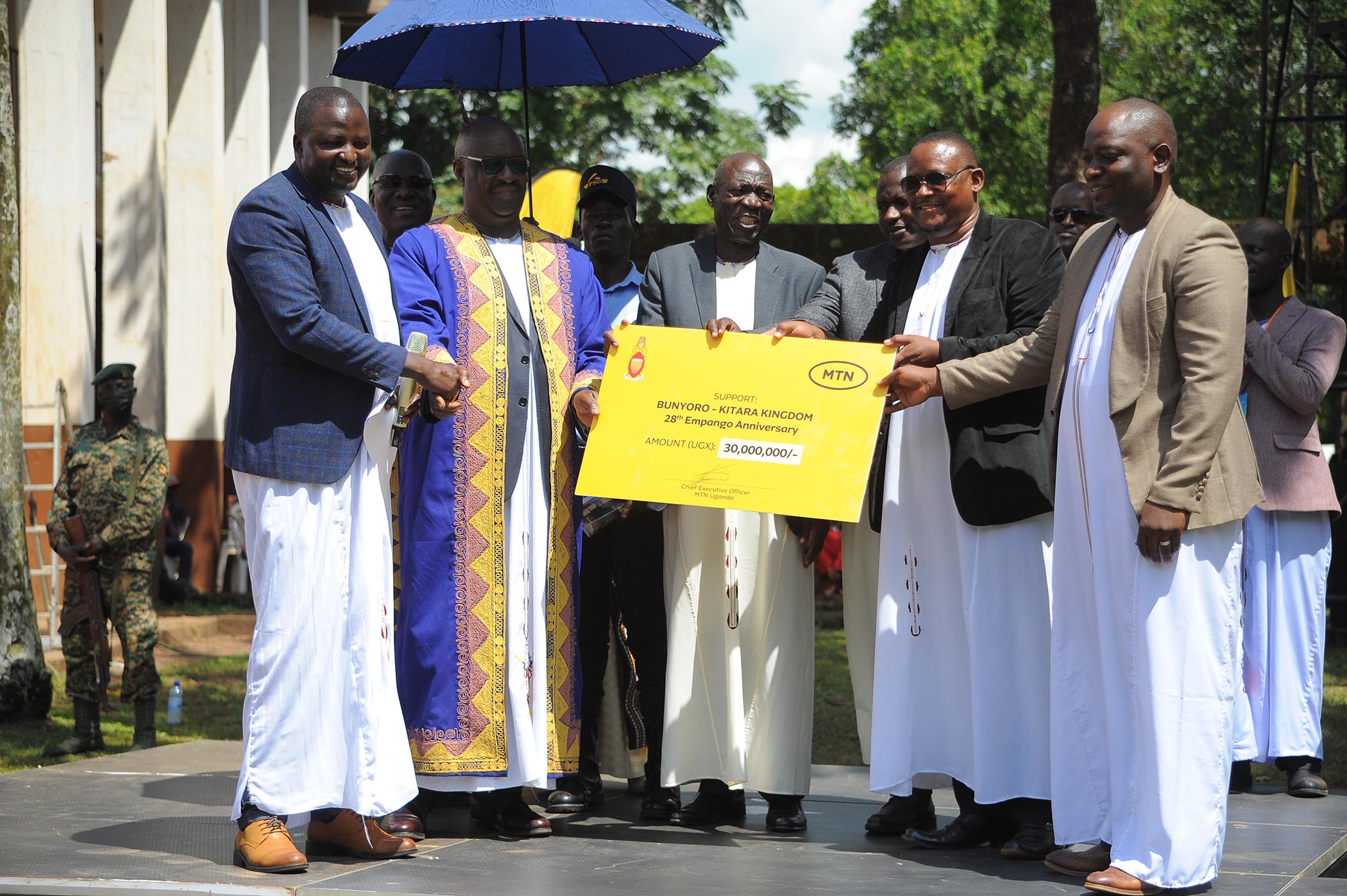 Following the signing of a collaboration agreement in 2019, MTN, last weekend handed over a cheque of Ush.30 million to support the Kingdom’s initiatives at the Empango celebrations in Hoima. This follows the lifting of restrictions on public gatherings that prevented the celebrations from happening over the last two years.

The cheque was handed over to the Bunyoro Kingdom officials at the Karuzika Royal Palace in Hoima by the MTN Mobile Money Uganda Limited Managing Director, Richard Yego, who graced the celebrations. Yego congratulated the Omukama of Bunyoro, who was not in attendance of the celebrations due to ill health, upon his peaceful and developmental 28-year reign. 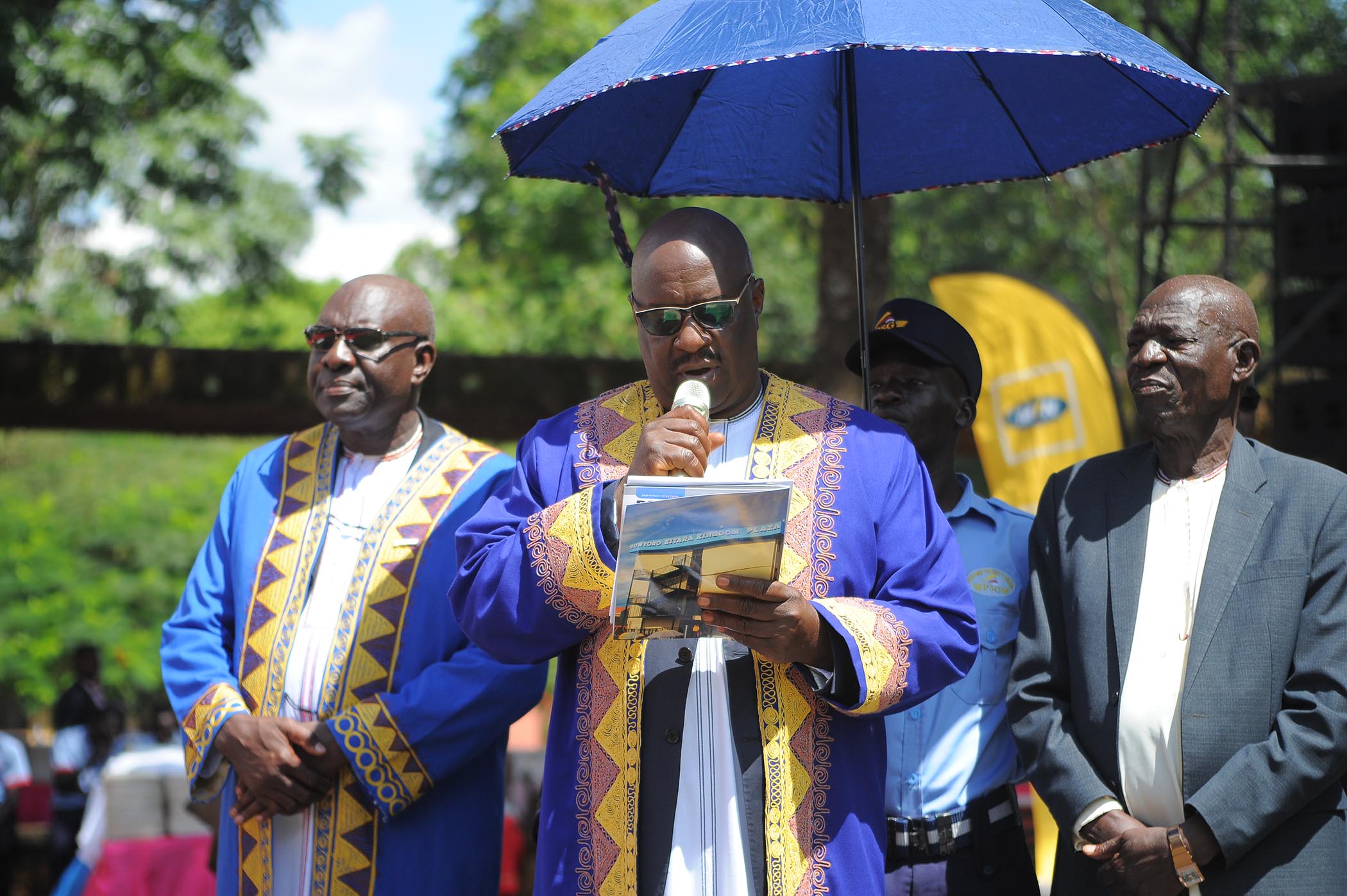 Bunyoro Kingdom Prime Minister, Owek. Andrew Byakutaga, on behalf of the Omukama, thanked MTN for its continued support towards the kingdom’s initiatives during the 28th coronation anniversary of the Omukama

Yego further added that MTN has committed resources to further champion the socio-economic and cultural wellbeing of the people of Bunyoro through supporting health, education, and sports initiatives in the Kingdom.

The Bunyoro Kingdom Prime Minister, Owek. Andrew Byakutaga, on behalf of the Omukama, thanked MTN for its continued support towards the kingdom’s initiatives. “We extend our sincere appreciation to MTN for all the work they do in our communities to extend better services to our people here in Bunyoro and beyond,” Byakutaga said.

Last year, MTN Uganda restored 50 hectares of forest cover in Kagombe forest in the Bunyoro region as part of its “Uganda is Home” campaign. Prior to that, the telecom refurbished and re-equipped the Maternity ward and theatre at Kigorobya Health Center IV in Hoima district to champion maternal and child health in the region. Furthermore, the telecom set up an ICT laboratory at the St. Simon Peter Vocation Training Institute to champion digital skilling.

This year, MTN is set to sponsor the Bunyoro football tournament and bicycle race competitions between the counties of Bunyoro. MTN is keen on working with cultural institutions because they are a strong community establishment that fosters shared beliefs and unity of purpose, which resonates with MTN’s #GoodTogether notion.