600,000 jobs to be created in next financial year, says govt

The permanent secretary at the Ministry of Trade said they receive a number of applications for new factories. 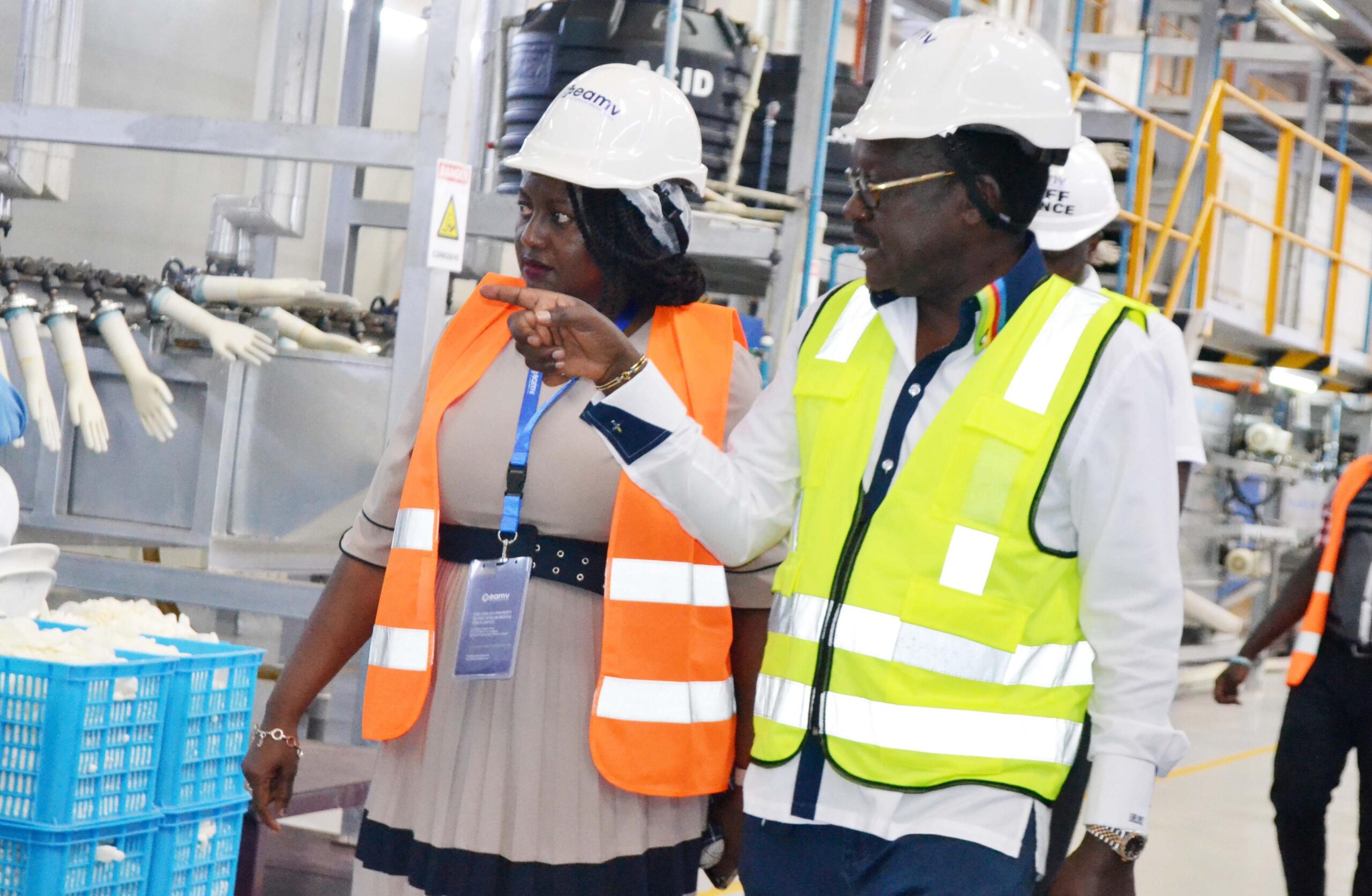 Ms Geraldine Ssali Busuulwa, the Permanent Secretary of the Ministry of Trade, Industry and Cooperatives (left) and Mr Ben Kavuya, the chairperson of the board of East Africa Medical Vitale Factory, during a tour of the factory in Namanve Industrial Park on June 8, 2022. PHOTO/ SYLIVIA KATUSHABE

The Ministry of Trade, Industry and Cooperatives has announced that 600,000 jobs are likely to be created in the next Financial Year.
The permanent secretary at the ministry, Ms Geraldine Ssali Busuulwa, said in the next financial year, which commences on July 1, Uganda will have about 9,000 factories.
“I also think within one-and-a-half years, we could very easily touch the 10,000 point factories, steadily producing across the whole country,” Ms Busuulwa said during a visit to the East African Medical Vitale (EAMV) factory in Namanve Industrial Park in Wakiso District with members from Uganda Development Corporation (UDC) on Wednesday. EAMV manufactures surgical gloves.

She added that currently, the country has about 6,000 factories. This means 3,000 factories will be created in the next financial year that will each offer employment to 200 people.
“When you go to Uganda Investment Authority, they will tell you that they are overwhelmed by applications, in that they can get over 1,000 applications in a year but a few are given licences because of the country’s high level of compliance,’’ Ms Busuulwa said.
Ms Basuulwa said industrialisation is very important in the development of the country and local production will be facilitated by the government.

“We have a lot of the production plans under the NDPIII programmes of the government and the only way you can actually increase your GDP is to increase local production,” she said.
Ms Busuulwa explained that once the country has a vision of increasing production, it is increasing growth of domestic products, balancing trade positions and strengthening its currency.
“This means that people are going to be exporting more and more, we go into other markets within the East African region, Common Market for Eastern and Southern Africa (COMESA) among others,” Ms Basuulwa said
Ms Busuulwa revealed that the country is prepared to accommodate these factories, saying they have already identified 25 industrial parks and are also in the process of identifying more land,” she said.

Mr Kavuya said their production is now at 60 percent because of stiff competition with cheap powered gloves that are still flooding the market.
He called on the government to stop importation of powdered gloves saying they can cause cancer.
The chairperson of UDC, Mr Godfrey Ruhurira, said the country is focusing more on industrialisation that will help in import substitution and promised support to the company.