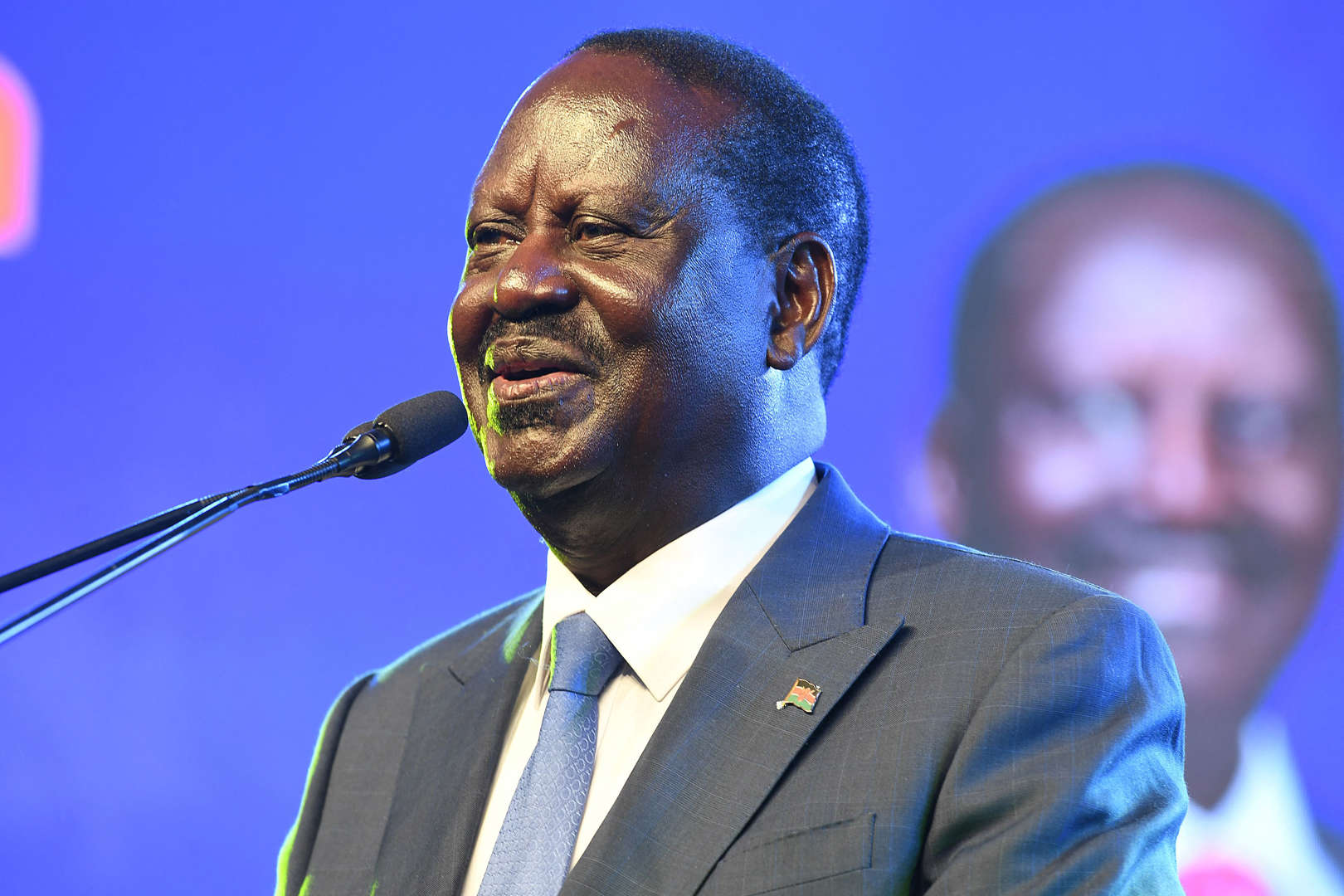 Azimio la Umoja (Aspiration to Unite) coalition’s presidential candidate Raila Odinga speaks on stage at the launch of the party manifesto in Nairobi ahead of this year’s August elections, on June 6, 2022. (Photo by Simon MAINA / AFP) (Photo by SIMON MAINA/AFP via Getty Images)

Azimio la Umoja presidential candidate Raila Odinga will create a budget office at the State House if he wins the August 9 presidential elections, underlining his bid to have a tighter grip on the budget-making process.

Mr Odinga’s coalition manifesto says the Budget Office to be domiciled in the presidency will help his administration oversight public finances and expenditure and ensure fiscal discipline should he clinch the top seat.“(We) will establish high-level oversight over fiscal agenda by creating a budget office in the Office of the President,” he said on Monday evening.

Modelled along the United States Office of Management and Budget, the unit is expected to oversee the implementation of the President’s vision across the Executive branch.Like the White House Budget office, it will coordinate policy between the State House and the Treasury.

The Office of Management of Budget (OMB) would in a sense be fashioned in the way a similar office is organised in the US where the Treasury is a separate entity.

In Kenya, the idea would be to have the Treasury serve as a Ministry of Finance charged with the responsibility of managing debt, payments and accounting issues.

President Uhuru Kenyatta, in 2015, stripped the Treasury of its budget-making role and ordered his chief of staff Joseph Kinyua to create an independent Budget Office at the Presidency as he renewed his fight against runaway corruption.

Mr Kenyatta had said the budget office would prepare budgets in collaboration with the Parliamentary Budget Office away from the Treasury, which he said has been prone to influence-peddling that leads to unnecessary expansion of spending plans.

The directive was in line with Kenya’s presidential system of government where budgeting is a key function of the Presidency while the Treasury is mainly left with the job of managing government debt.

It takes Kenya right into the US system where the Budget Office sits in the White House with its head as one of the president’s top advisers.

In the budget process, the Treasury, a branch of the executive, is the originator of most of the budget proposals, Bills and documents that Parliament reviews and amends.

Ministries, departments and agencies are also involved in the budget process.

The role of the National Assembly in the budget process also expanded from being merely the review and approval of projects and plans to being involved at all stages of the budget process — from the planning and formulation, approval, execution and oversight to the audit and evaluation stages in the Constitution.

Some analysts say the creation of a budget office could help a president have a tight leash on budget-making compared to the current model which they argue “leaves the President from the centre in budget planning and execution”.

“The gaping public finance tragedy of our times is how budget-making in Kenya leaves the President from the centre in budget planning and execution,” says Dr Mbui Wagacha a former senior State House economic adviser.

“It is a vital omission in professional budget-making processes within the Executive branch of government. It sustains public servants who divert resources through corruption, incompetence, misallocation, ineptitude, and waste. And it allows them to get away with it.”

Dr Wagacha wrote recently that while Parliament, the legislative branch, is served on budget-making and public finances by a non-partisan and competent Parliamentary Budget Office, equivalent, for example, to the highly regarded Congressional Budget Office (CBO) in the US budget process, “the Executive seems engaged in the budget at arm’s length.”

“The catalogue of failures of government in public finances in the last decade seems perpetrated via this omission where the legislative branch has better access to expertise than the Executive branch,” he said.

But others said the creation of a State House Budget office amounts to duplication of roles.

“The Treasury is directly under the Executive. The work of fiscal discipline is done at Treasury, not State House,” economist Tony Watima to the Business Daily on Tuesday.