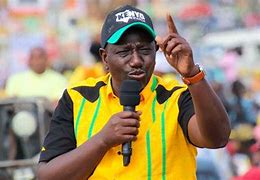 UDA has raised concerns about purportedly leaked data predicting that Azimio La Umoja One Kenya Coalition Party presidential candidate Raila Odinga would win the election by 60% of the votes.

Through lawyers Mutuma Gichuru and Advocates, UDA demanded an explanation on whether the report was accurate and an answer on how Kibicho got access to intelligence data. UDA opined that the information should be kept confidential by the agency’s Director-General and should only be used to serve national interests and promote internal security.