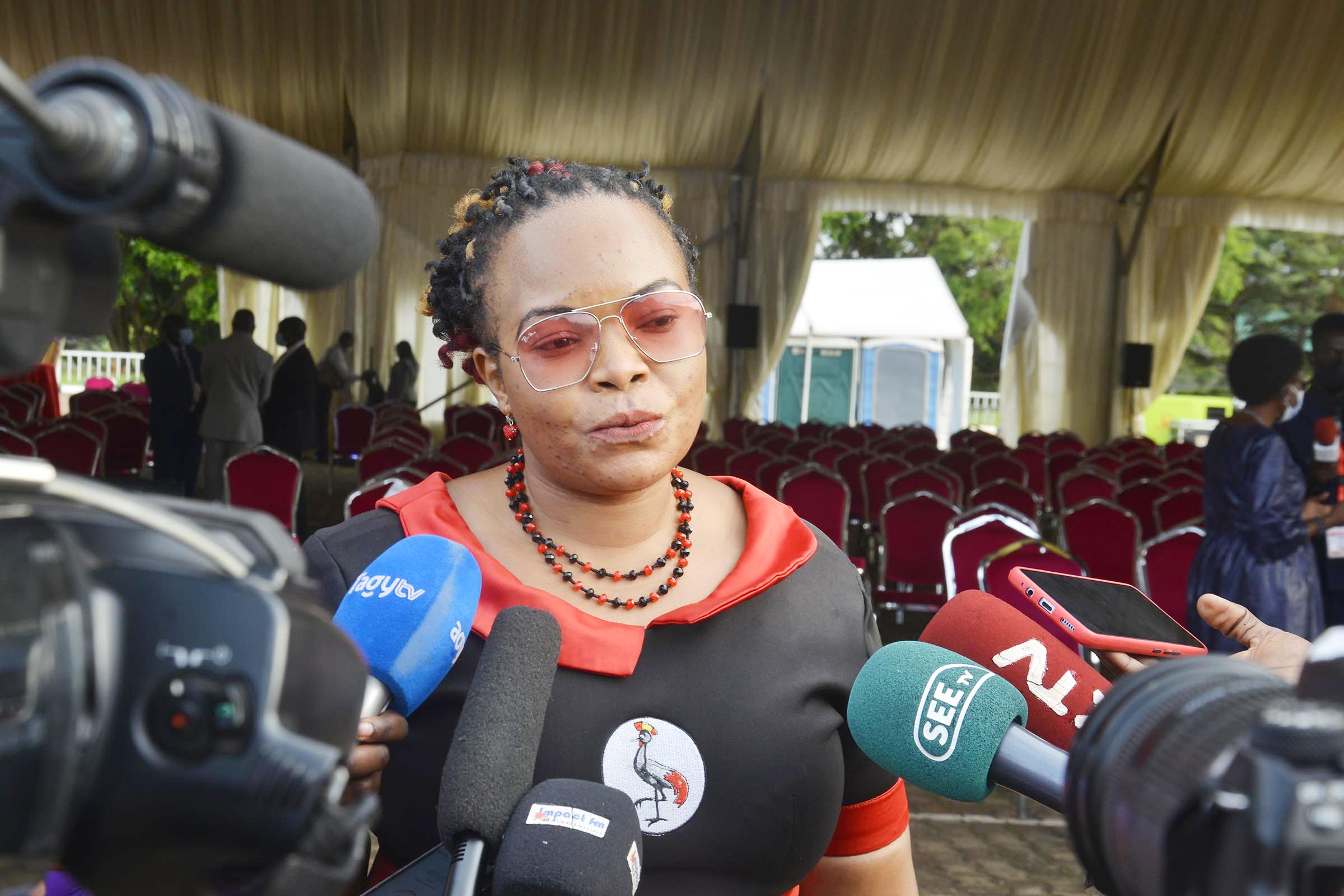 Minister of State for Housing, Persis Namuganza talks to Journalists about how some new Members of Parliament are trying to  fight her for alleged influence peddling.

For us in the NRM,we are trained but the new ones came with alot of issues to do with hatred.Photo by Ronald Kabuubi/KMA Updates

Recently,Princess Namuganza who at the time of land distribution served as Minister of State for Lands, recently  appeared before the committee to defend several letters written to President Yoweri Museveni through her office by ‘investors’ seeking for land allocation. These letters have since the start of the investigation put the minister in the spotlight.

MPs led by the Adhoc Committee chairperson Dan Kimosho accused Namuganza of using her office to pressurize ULC to allocate land to some investors even when due diligence had not been done to ascertain their capacity for developing the land.

But President Yoweri Museveni in his State Of the Nation Address  on Tuesday argued MPS to stop those fights.If there is any issue,they should  meet and resolve them amicably. 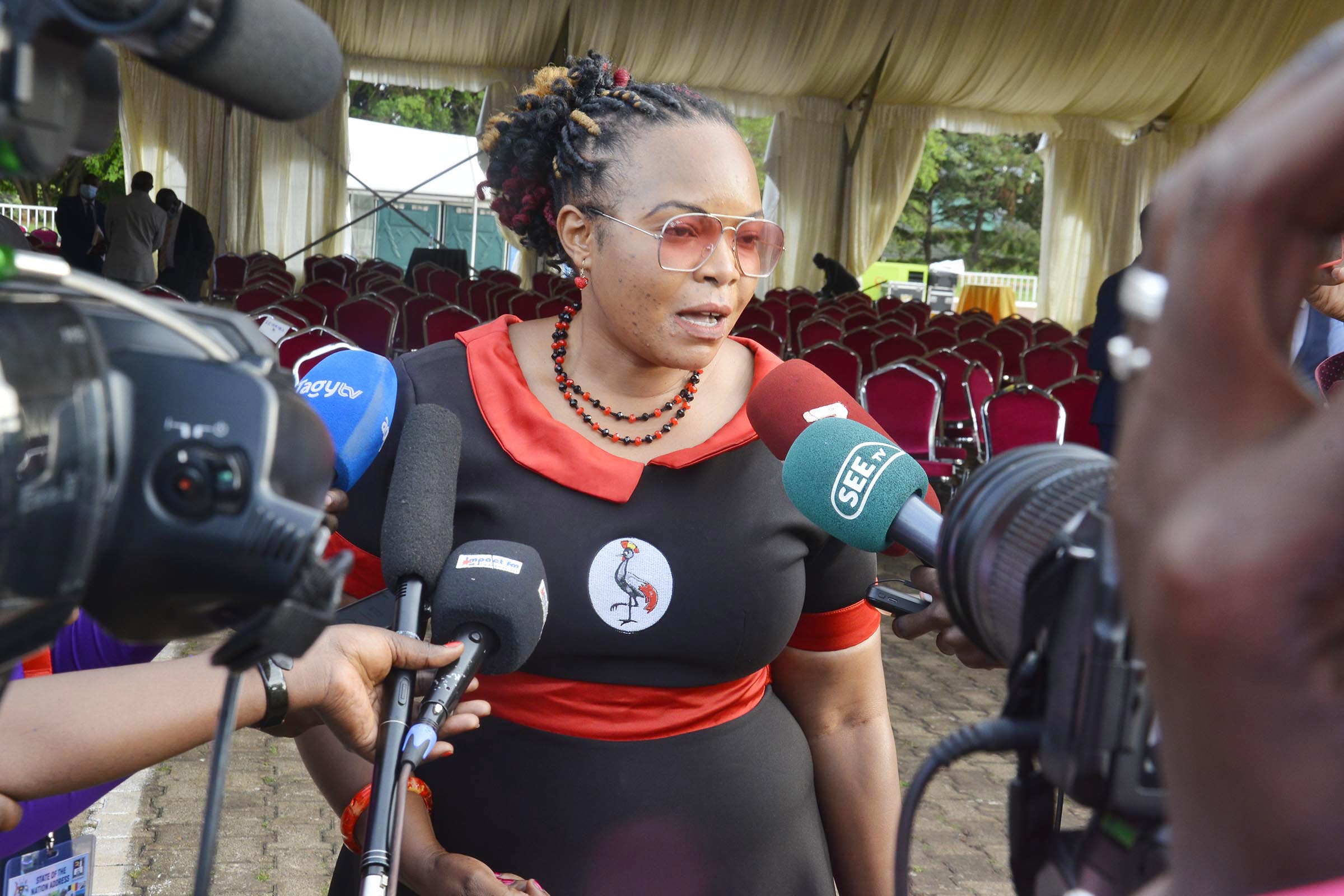 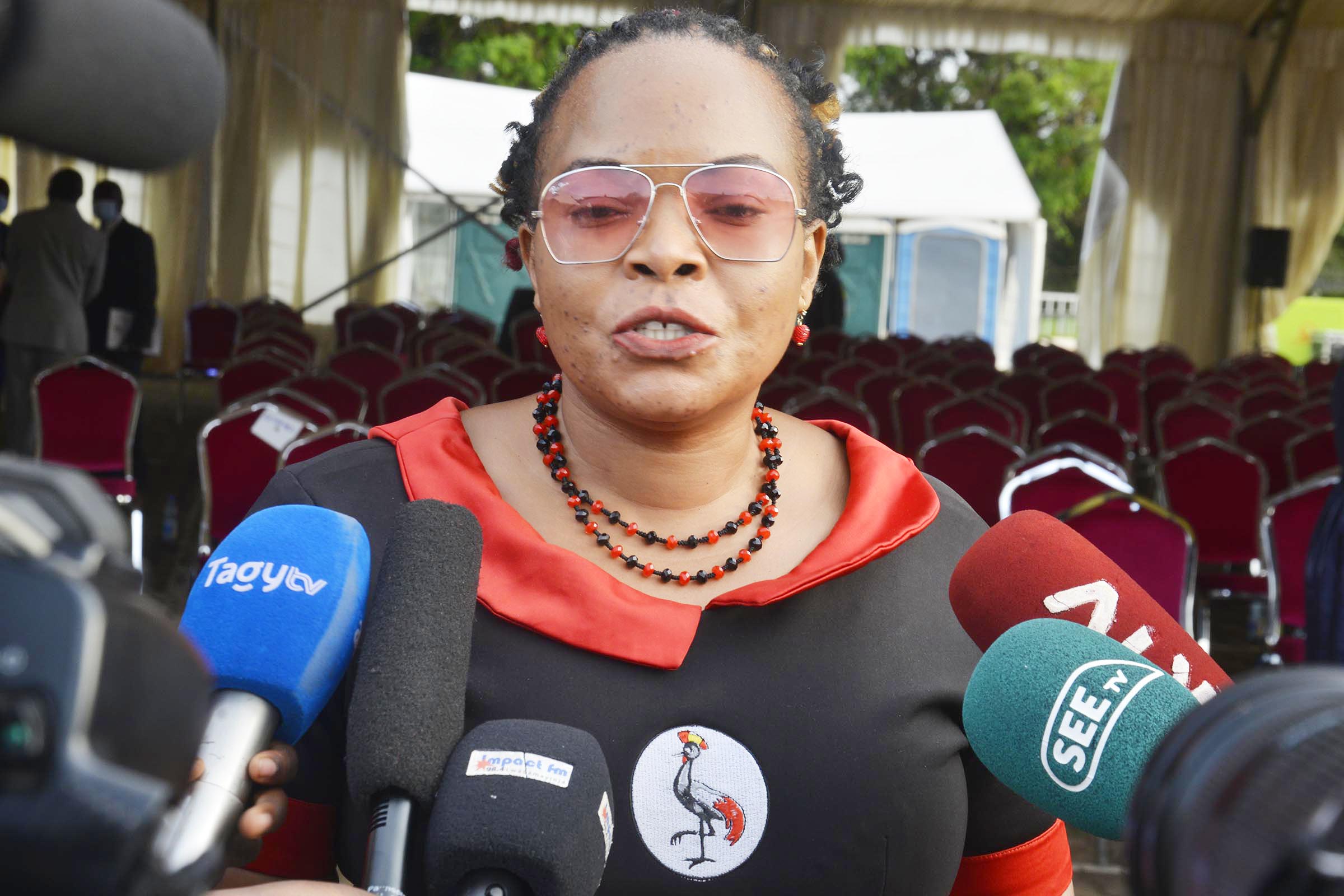