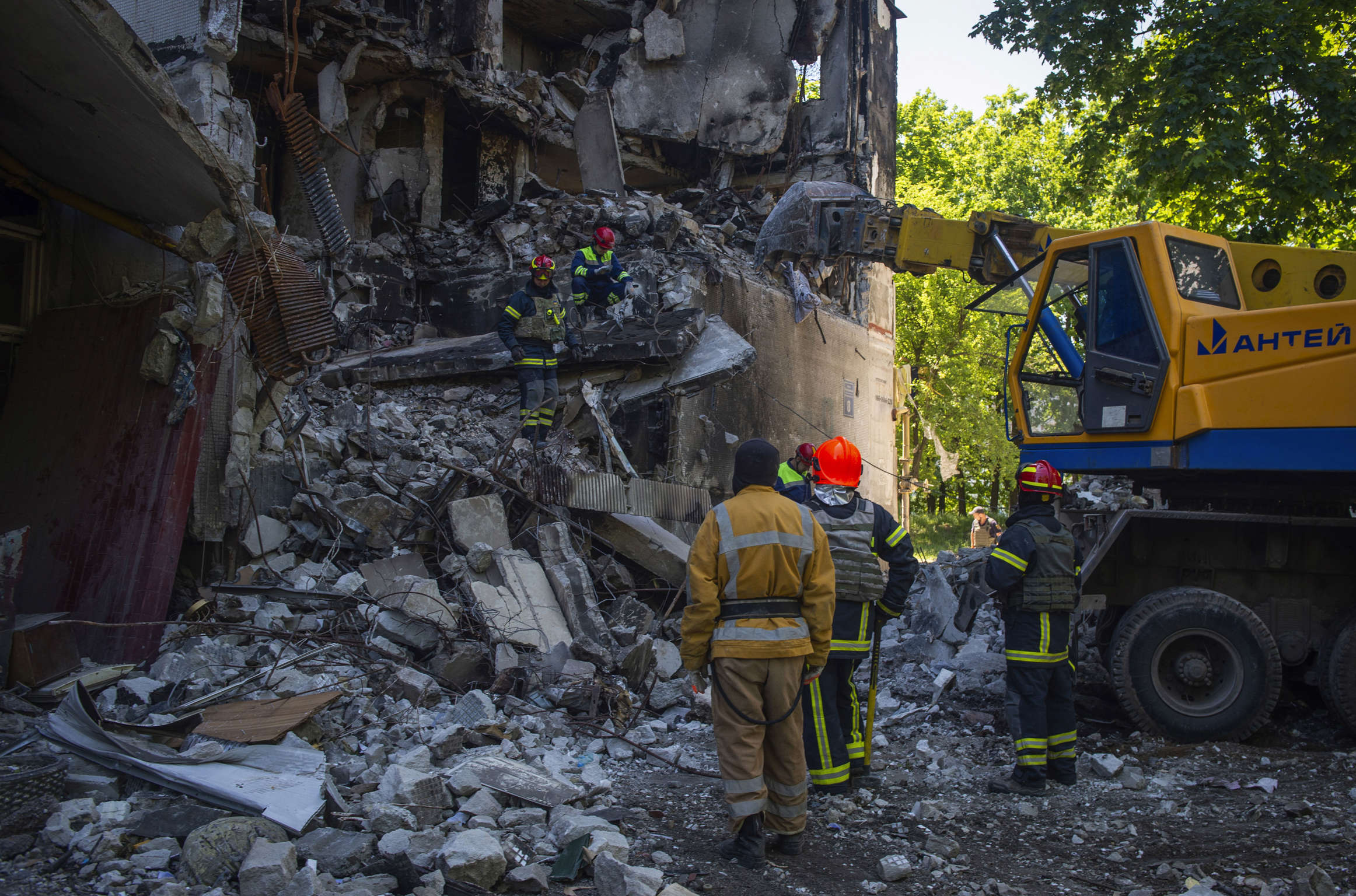 The President, Major General Muhammadu Buhari (retd.), on Saturday in Accra said ongoing invasion of Ukraine by Russia had led to a surge in the prices of many commodities, including foodstuffs.

He, therefore, stressed the need for African countries to devise means of sustaining their economies to cushion the impact of the war.

According to a statement by his Special Adviser on Media and Publicity, Femi Adesina, the President spoke at the 6th Extraordinary Summit of the Economic Community of West African States Authority of Heads of State and Government on the political situations in Mali, Burkina Faso and Guinea.

The statement titled ‘President Buhari to ECOWAS leaders: Any decision on Mali, Burkina Faso, and Guinea must consider the people’, partly read, “While our economies begin to recover, the impact of the war between Russia and Ukraine has led to a surge in prices of many commodities including foodstuffs.

“We are, therefore, left with no option but to devise means of sustaining our economies by becoming more creative and evolving in finding other channels of demand and supply to ensure that we cushion the effect of the war and prevent our economies from collapsing, and our people remain productive.”

The President also urged ECOWAS leaders to consider the welfare of the vulnerable citizens of the three countries whom he described as the real victims of unconstitutional power change in the affected countries.

Buhari warned that the security situation in both Mali and Burkina Faso had reached alarming levels with incessant attacks by extremist groups on the civilian populace and military facilities, aggravating the humanitarian condition in the two countries.

“The deterioration of the humanitarian situation in Mali and Burkina Faso should be a source of serious concern to us as leaders in the region. As you may be aware, the world is still recovering from the effect of the COVID-19 pandemic, which wrecked the global economy.

“We must, therefore, ensure that, in whatever decision we take, we must remember the mass of the populations in the affected countries, who are victims of the unconstitutional change of government and the adverse consequences of isolation brought about,’’ he said.

Buhari noted that although the military leadership in Burkina Faso had released President Roch Marc Christian Kabore in line with the request by ECOWAS leaders, further measures must be taken to ensure his safety and freedom.

He called on the Authority to revisit the report presented by former President Goodluck Jonathan, the ECOWAS Mediator in Mali, on a transition timetable for the West African country.

He also noted that Jonathan had recommended a 16-month transitional timeframe “as well as his further personal appeal and observation to us to give the military leadership in Mali up to 18 months for the conduct of the election, starting from March 2022.”

He added, “Furthermore, Nigeria is calling on the Authority to consider the proposal earlier made for the Chair to personally visit Bamako and present this proposal. Nigeria equally welcomes the magnanimous offer by President Macky Sall (of Senegal), Chair of the Assembly of the African Union to accompany H.E. President Nana Addo (of Ghana) to Bamako for the purpose.

“From our findings, we are certain that the high-level visit proposed would be welcomed by the military leadership and would achieve the needed consensus. At the same time, the region must be ready to provide the needed support to Mali to return to democratic rule as soon as possible.”

He announced that Nigeria fully supports any action, including the imposition of further sanctions that the Authority may adopt, to compel the military leaderships in the two countries to submit an acceptable electoral timetable.

“Nevertheless, there is a need for ECOWAS to continue to engage the military leadership and key stakeholders in Burkina Faso and Guinea to reach an agreeable understanding, especially on the transition timeframe,” he added.

Earlier, the Chairperson of the Authority and President of Ghana, Nana Akufo-Addo, thanked his counterparts for their strong commitment to democracy, peace and stability in the region and for staying focused on the situation in the countries.

Akufo-Addo, who acknowledged the presence of African Union Commission Chairperson, Moussa Mahamat, said the summit hoped to find lasting solutions to political instability and the resurgence of coup d’états in the region since August 2020.