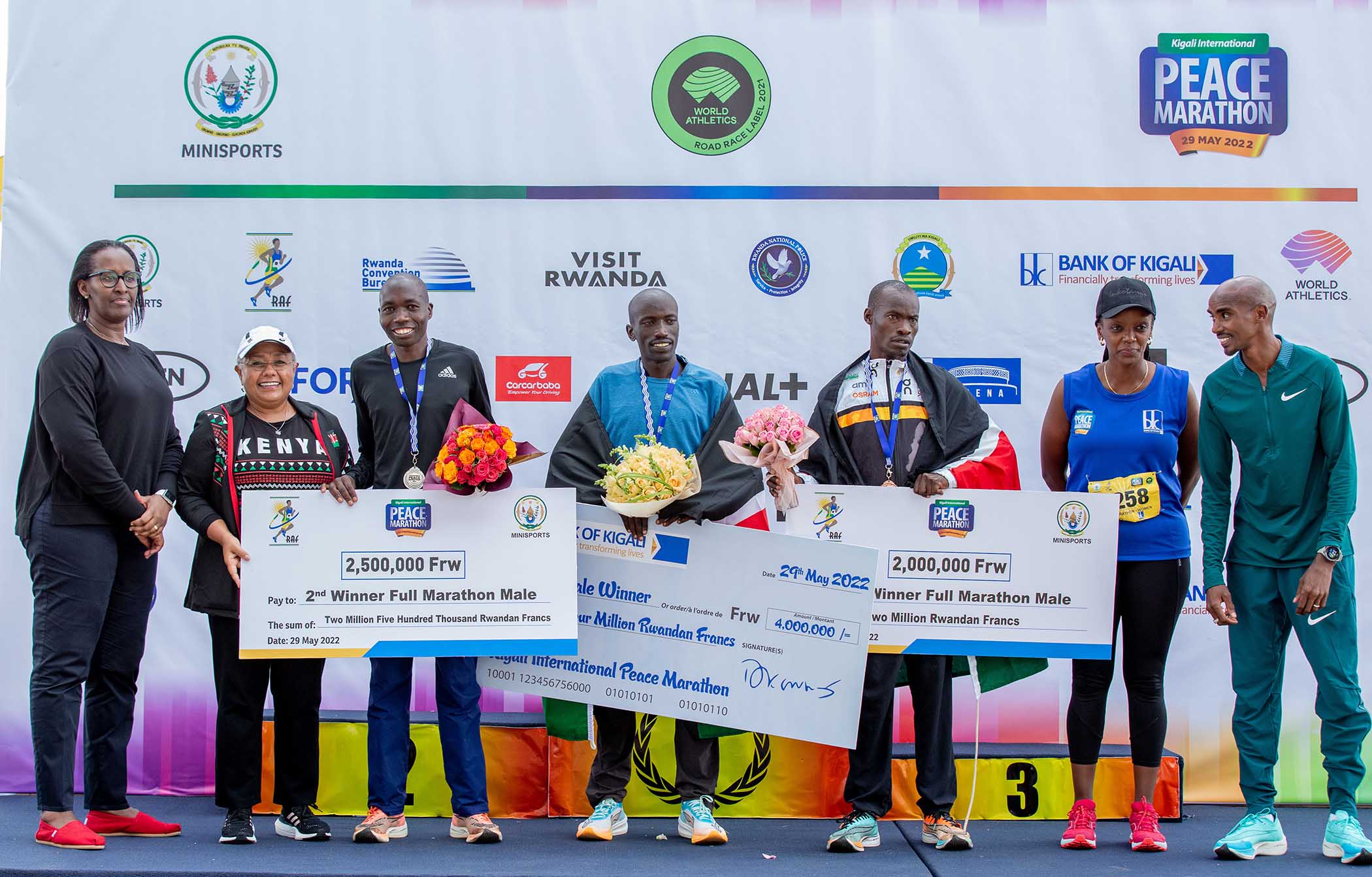 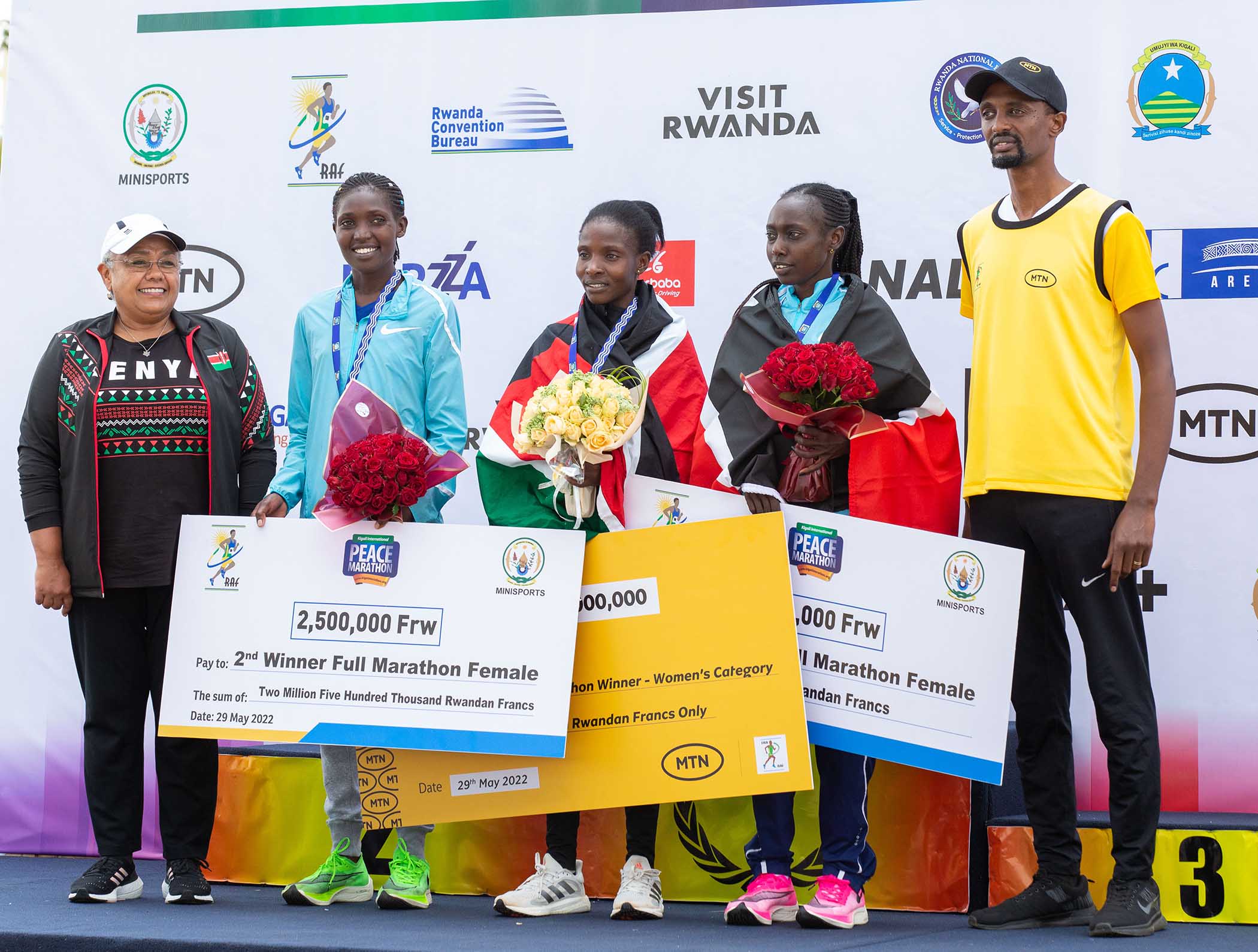 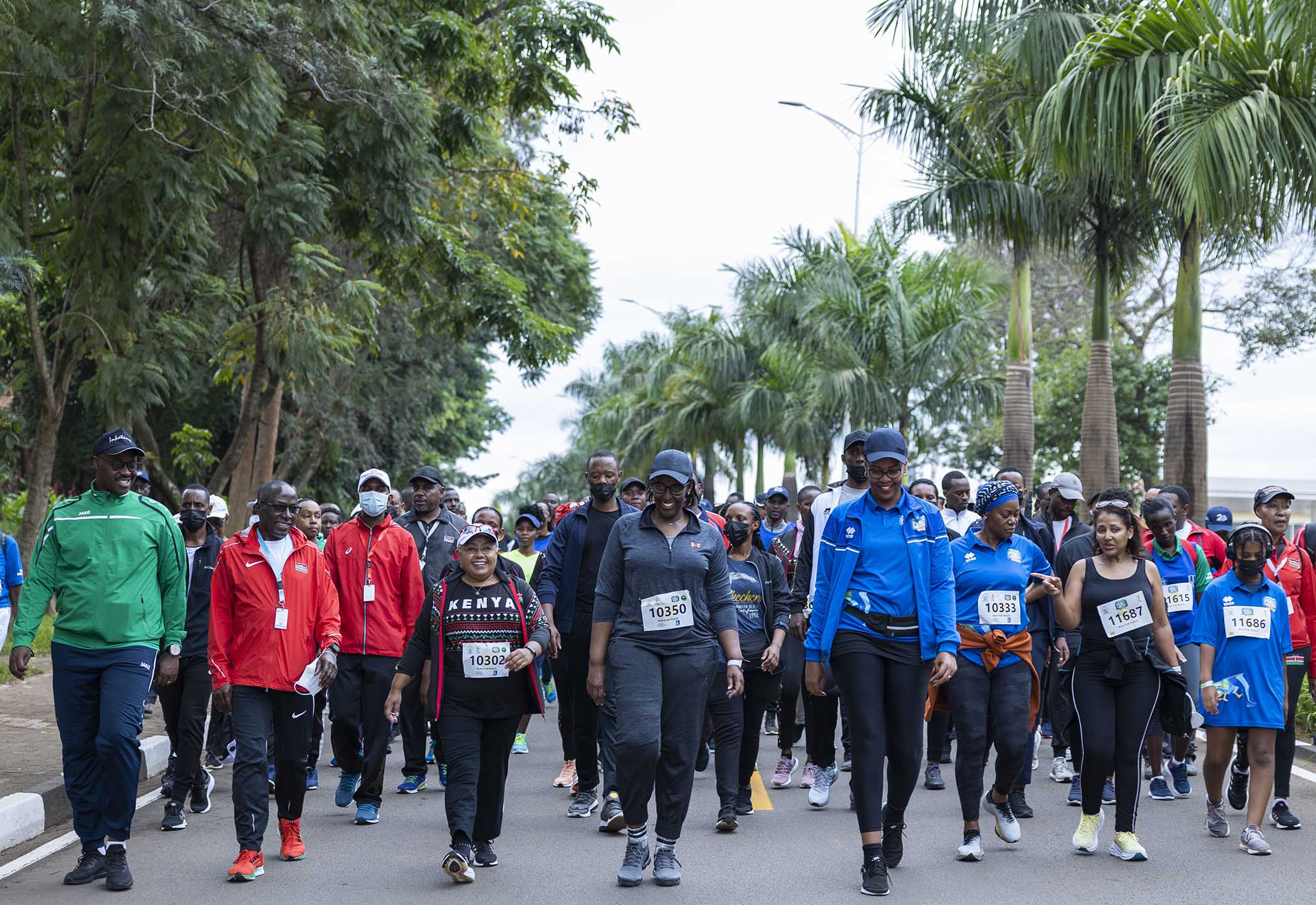 The First Lady, who was in Kigali on the invitation of her Rwandan counterpart Mrs Jeanette Kagame, participated in the 10km segment of the road race that attracted several world beaters, among them Mo Farah of the UK.

Other notable winners were Rwandan Adeline Musabyeyezu and Burundian Nimbona Elvanie of Burundi who won bronze and silver medals respectively in the half marathon.

Kigali International Peace Marathon, an annual athletics event, was launched in 2005 as an amateur race aimed at using sports in the healing and reconciliation process following the 1994 Rwandan genocide.

Over the last 28 years, the marathon has grown to become one of the most prestigious athletics meet in East Africa, and is held as a precursor to the country’s Liberation Day on 4th July every year.

As a demonstration of its growing global profile, this year’s edition received the highly respected Association of International Marathons (AIM) certification.

Among the star attractions at the race where First Lady Margaret Kenyatta flagged off the full marathon and later presented awards to winners in the various categories, was legendary British runner Mo Farah.

First Lady Margaret Kenyatta’s participation in Sunday’s Kigali International Peace Marathon marks the third time that the Kenyan and Rwandan First Ladies ran together starting with the March 2016  Beyond Zero half marathon in Nairobi.

Over the last six years, First Lady Margaret Kenyatta has set a global record by successfully participating in competitive road races in Nairobi and London as well as training runs in Japan, Ethiopia and various parts of Kenya.

At the race, also graced by several dignitaries, among them the President of Africa Athletics Confederation Hammad Malboum and President of Djibouti Athletics Federation Said Hassan, the First Lady was accompanied by Chief of Staff in her office Constance Gakonyo and Acting Kenya’s High Commissioner to Rwanda Philip Githiora.