The theme of this year’s ecumenical event, hosted by Kenya’s Bicameral Parliament, is ‘transition’, and is attended by several visiting dignitaries from Tanzania, Uganda and DR Congo among other foreign nations. 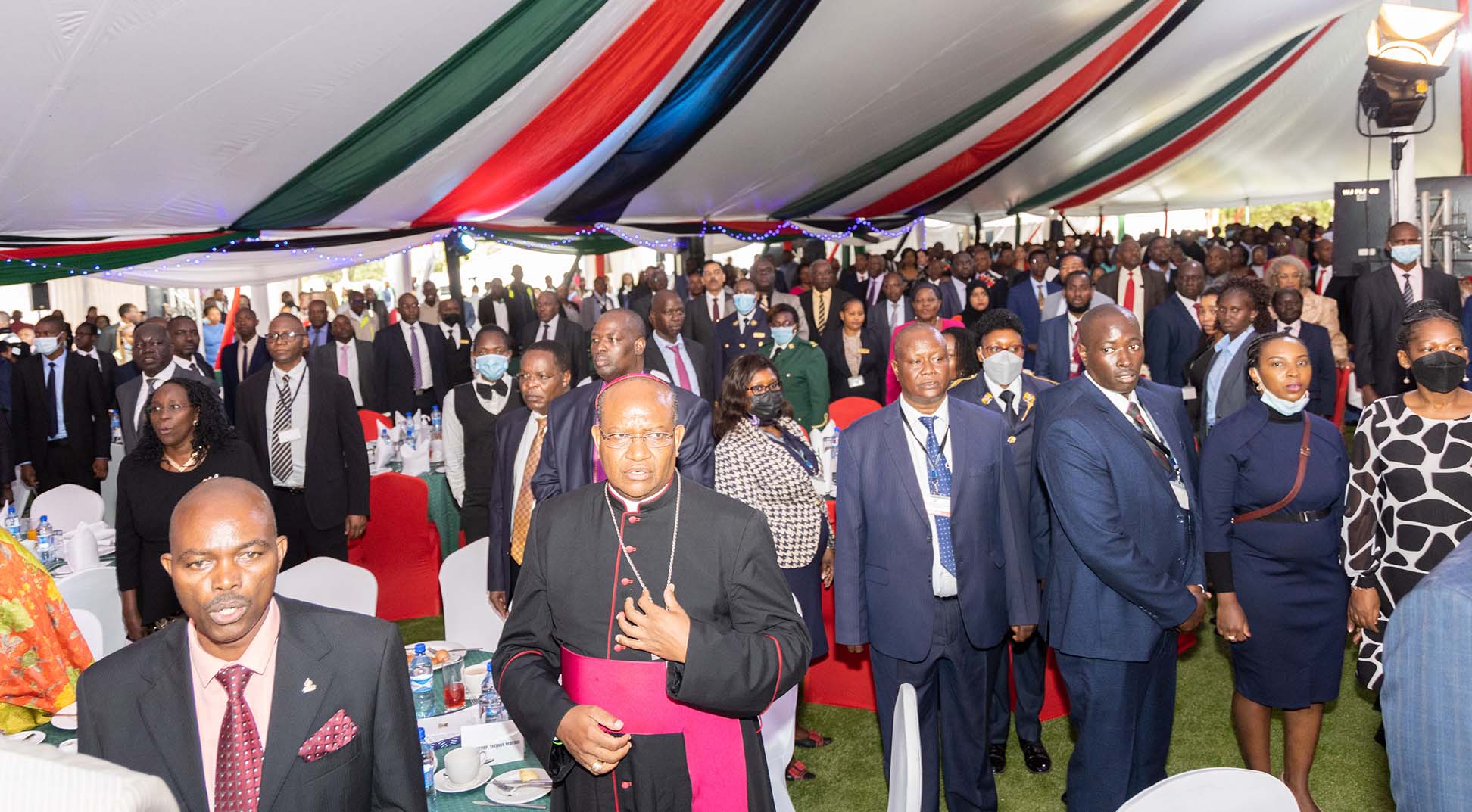 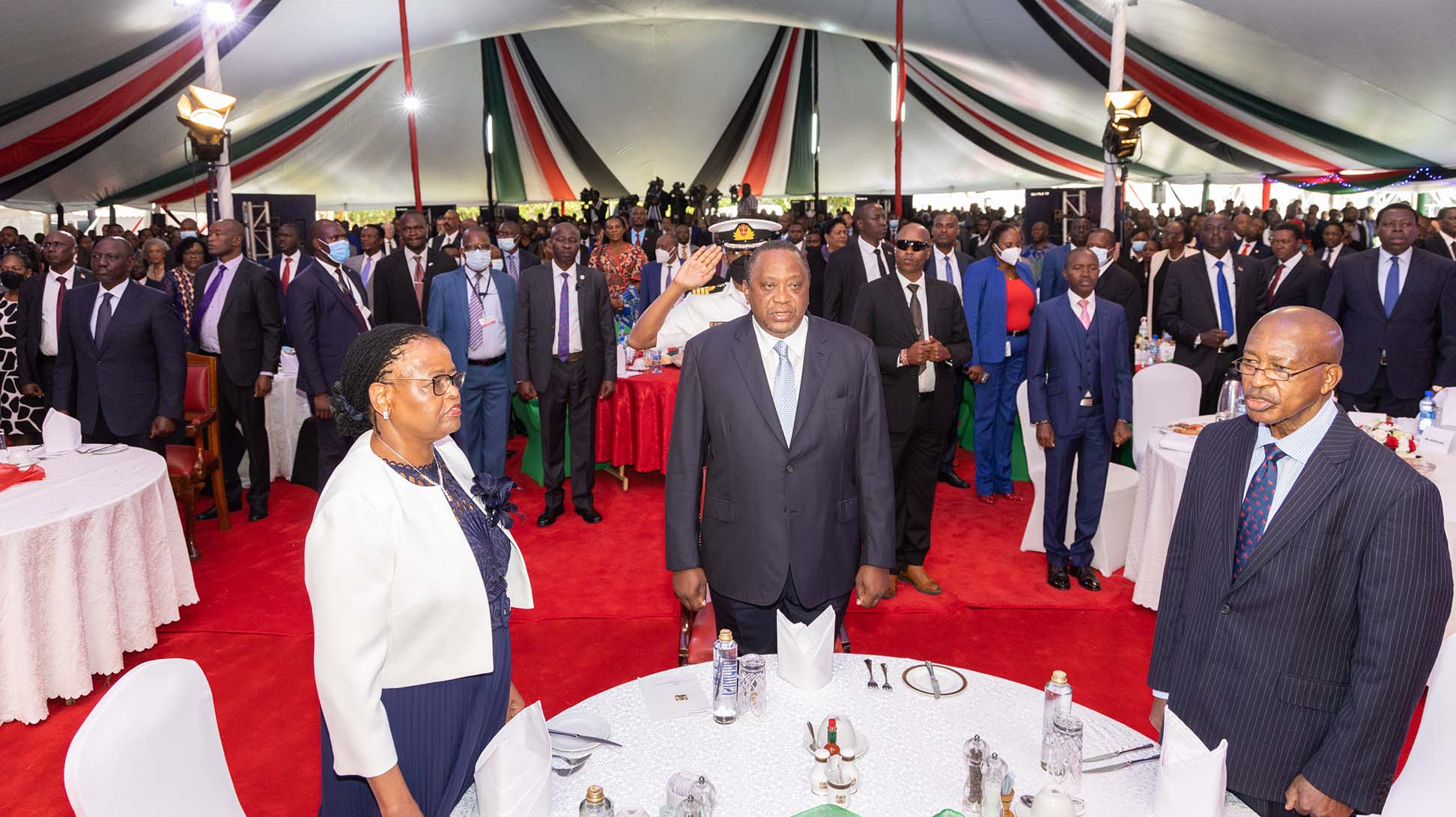 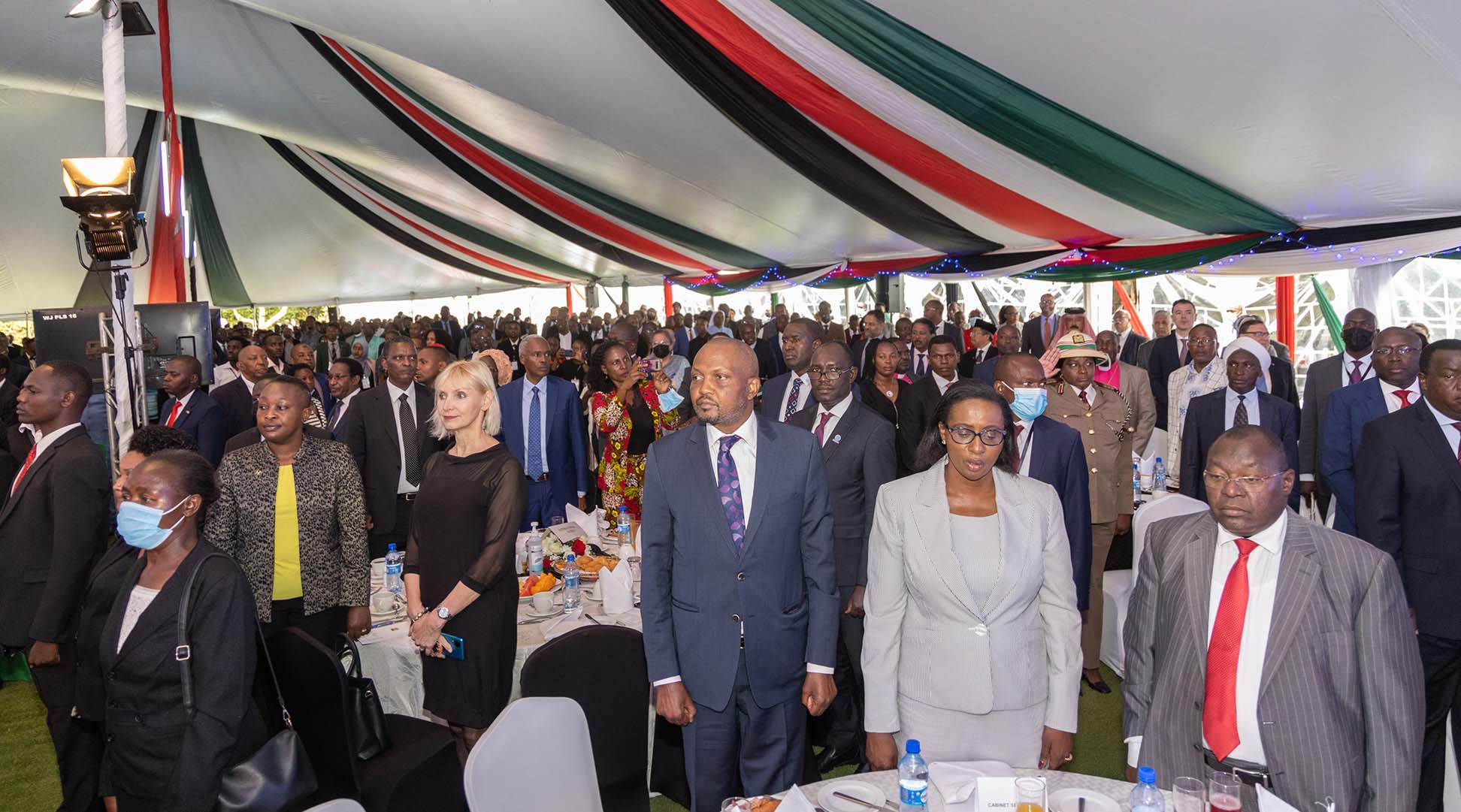 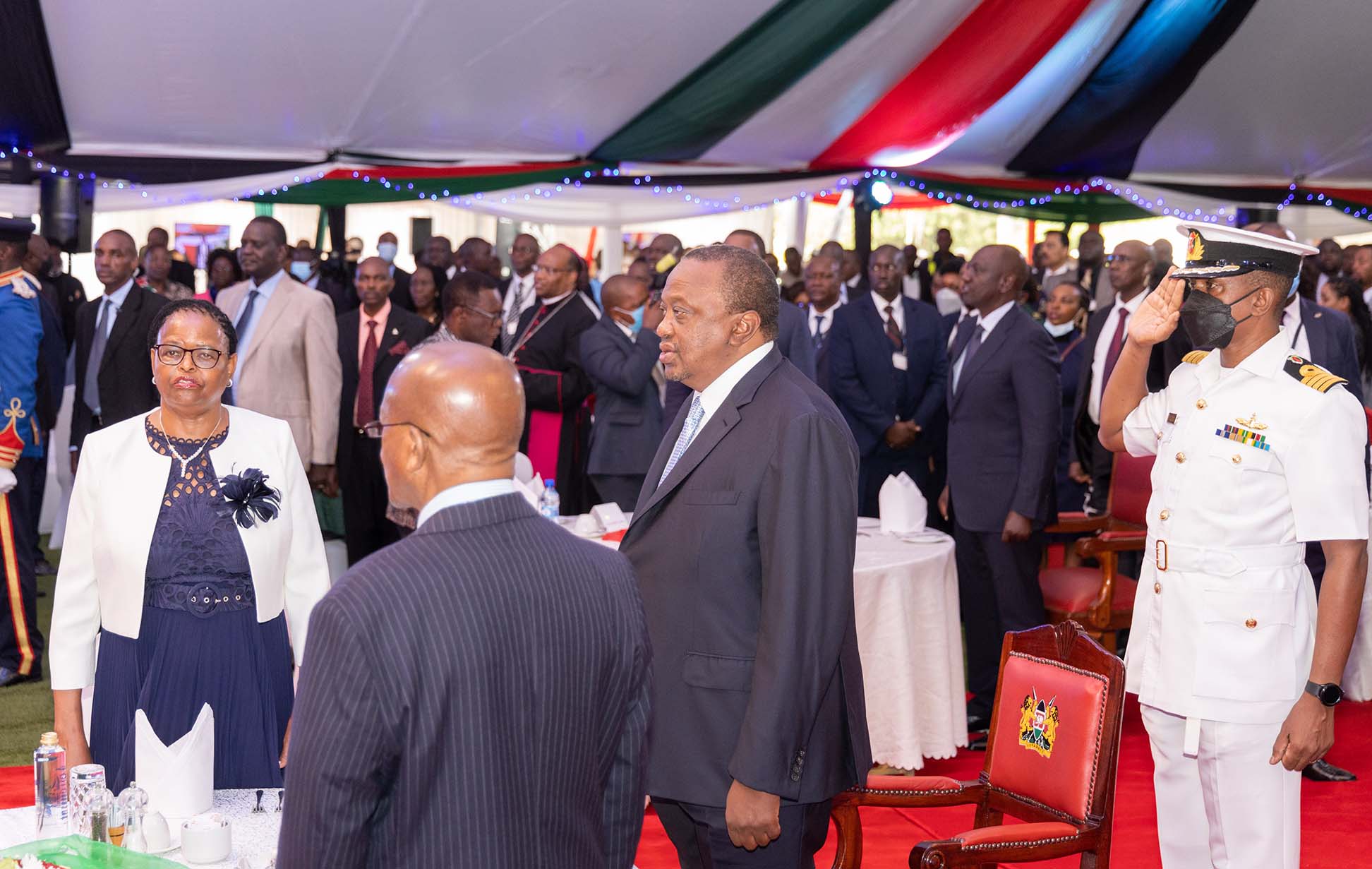 NAIROBI, 26th May 2022 (PSCU) – President Uhuru Kenyatta has urged all Kenyans to be ambassadors of peace and unity as the country gears up for the forthcoming general election.

The President emphasized that the increasing tempo of politics must not make the country lose focus on the task of building the nation.

“…but even as we engage in the upcoming contest later this, we know that the task of building a nation is one that is passed from generation to generation. Generations and generations of leaders are, therefore, called upon to pass the baton unbroken and I intend to do just that.

“Mine is to wish you all peace. Mine is to wish that we will end up much more united and stronger after this election than ever before and to wish each and every person who is vying the very best of luck, knowing that there will only be one winner and our prayer is that we shall accept and be able to move forward,” the President said.

President Kenyatta spoke on Thursday in Nairobi when he led the country in praying for the nation during the 19th edition of the National Annual Prayer Breakfast themed “transitions”.

Noting that for 19 years the national prayer breakfast has brought Kenyans together in humility and thanksgiving as children of God, the President asked the nation to once again affirm the power of togetherness and unity regardless of political and religious alignment.

“My earnest prayer is that the unity of purpose and our shared humanity on display today will endure in every aspect of our lives, going forward,” President Kenyatta said.

The Head of State thanked God for giving Kenyans the grace to endure and to turn some of the challenges facing the country into opportunities.

“Our prayers, more so during the Covid-19 cycle, brought us together and in the process, countless lives were saved,” the Head of State pointed out.

Deputy President William Ruto gave an assurance that together with his team, they will do everything possible within their power to make ensure that the elections are peaceful.

Azimio la Umoja One Kenya presidential running mate Martha Karua called on politicians to match their words with actions to ensure that the country remains peaceful and united before, during and after the election.

Bishop Oginde particularly appealed to Kenyans not to make elections a ‘do or die affair’ but a simple transition time when the country moves from one leadership to another as it happens in other nations.

“We can vote in peace and go back to our businesses to wait for results. We can receive the results in peace and continue with our daily lives.

“But for this to happen, we must be ready to shift our mindset and understand the purpose and meaning of elections. We must temper our expectations with the sober reality that in any contest, there will always be those who succeed and there are those who may not succeed,” Bishop Oginde said.