This is the larges ever appointment of judges of the High Court at that level by the president. Of the 16 appointed, seven are male and nine female.

According to the Judicial Service Commission, the appointments will enhance the capacity of the High Court to expeditiously dispose of cases and tackle back log. 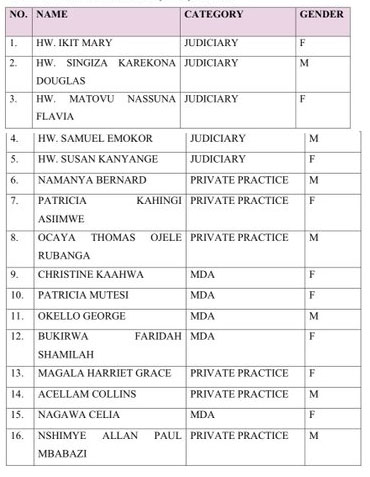