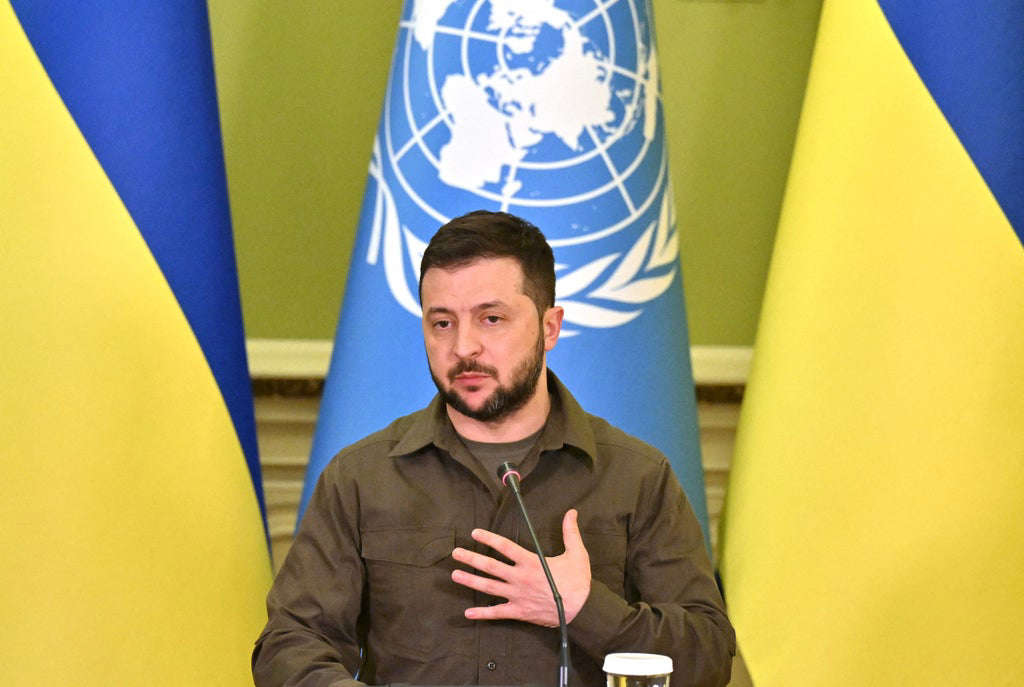 Ukrainian President Volodymyr Zelensky has poured scorn on Russian claims they are using laser weapons to wage war in his country.

The Ukrainian leader mockingly compared them to the so-called wonder weapons of Nazi propaganda which were regularly hailed as the technology that would turn the tide of World War II against the allies.

Russian said it was using a new generation of powerful lasers in Ukraine to burn up drones, deploying some of Moscow’s secret weapons to counter a flood of Western arms, but President Zelensky said: “The clearer it became that they had no chance in the war, the more propaganda there was about an amazing weapon that would be so powerful as to ensure a turning point.
“And so we see that in the third month of a full-scale war, Russia is trying to find its ‘wonder weapon’ … this all clearly shows the complete failure of the mission.”

Little is known about the specifics of the new laser but President Putin previously mentioned one called Peresvet, named after a medieval Orthodox warrior monk.

Yury Borisov, the deputy prime minister in charge of military development, told a conference in Moscow Peresvet was already being widely deployed and it could blind satellites up to 1,500 km above Earth.

He said there were already more powerful systems than Peresvet that could burn up drones and other equipment.

“If Peresvet blinds, then the new generation of laser weapons lead to the physical destruction of the target – thermal destruction, they burn up,” he told Russian state television.

Asked if such weapons were being used in Ukraine, Borisov said: “Yes. The first prototypes are already being used there.” He said the weapon was called “Zadira”.

Borisov said he had just returned from Sarov, which is a centre of Russia’s nuclear weapons research. He said a new generation of laser weapons using a wide electromagnetic band would ultimately replace conventional weapons.

“This is not some sort of exotic idea; it is the reality,” Borisov said.

But missile defence expert Dr Uzi Rubin from the Jerusalem Institute for Strategy and Security (JISS) said laser weapon technology would not alter the balance of power on the battlefield in Ukraine.

“Zelensky is right – it’s no wonder weapon,” he told the BBC. “It took them several seconds to shoot the UAV down. There are much better ways to do it, to use a Stinger or any anti-aircraft missile would have been cheaper, faster and longer range.”

Lasers work by sending out a beam of infrared light that heats up its target until it combusts. Dr Rubin said the power of even advanced laser weapons was still too weak to make a significant difference on the battlefield, and such weapons had a low “kill rate”.