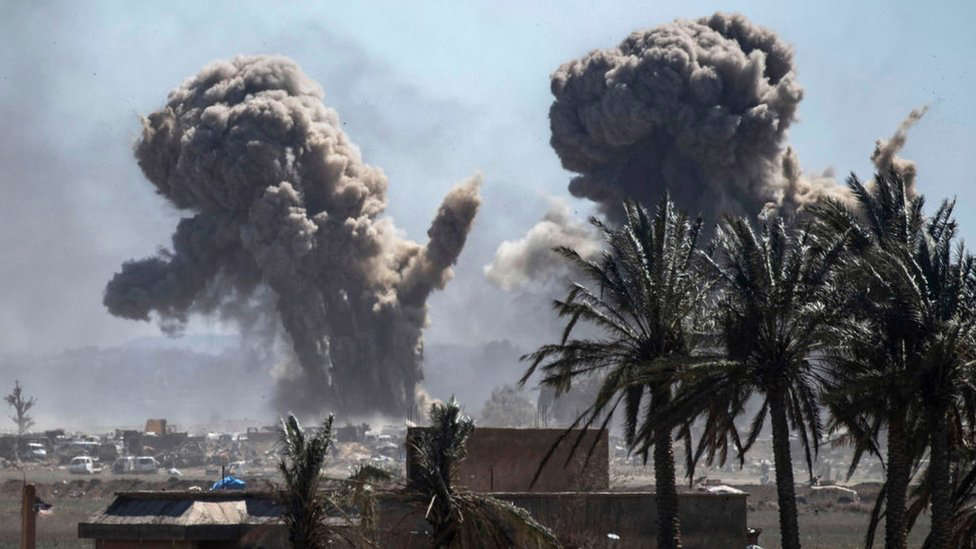 AUS military investigation has found that troops did not violate the laws of war or deliberately cause civilian casualties in an air strike in Syria in 2019 that killed dozens of people.

The probe was launched in response to a New York Times report which accused the military of a cover-up over the attack on an Islamic State group position.

The investigator rejected the claim.

But he concluded that “numerous policy compliance deficiencies at multiple levels” had led to delays in reporting.

The US-led multinational coalition against IS has acknowledged killing at least 1,417 civilians in air strikes in Iraq and Syria since 2014. But monitoring group Airwars believes the actual figure is between 8,192 and 13,244.

General Michael Garrett, who led the Pentagon’s investigation, says in his report that the SDF requested defensive air support following an IS counter-attack.

“The US Ground Force Commander (GFC) responsible for support validated [the IS militants’] hostile act/intent, repeatedly received confirmation that no civilians were in the strike areas, and authorised supporting aerial strikes.”

“Unbeknownst to the GFC, civilians were within the blast radius, resulting in [civilian casualties],” it adds.

The New York Times reported last November that the strikes hit a camp where women, children, IS captives and scores of wounded men were sheltering, killing about 70 people.

But a Pentagon spokesman said on Tuesday that 52 enemy combatants – 51 men and one child – were killed along with four civilians – one woman and three children. Another 15 civilians – 11 women and four children – were wounded, he added.

Gen Garrett’s report says that “through no fault of his own” the commander relied on data that was not fully accurate. In authorising the strikes, it adds, the commander “acted within presidentially-authorised defensive rules of engagement, did not deliberately or with wanton disregard cause civilian casualties, and did not violate the laws of war”.

However, the general does criticise the delays in reporting the civilian casualty incident, saying that they led to the findings not being reported to Congress.

US Defense Secretary Lloyd Austin wrote in a memo that he was “disappointed” that the initial review was mishandled because it “contributed to a perception that the [Pentagon] was not committed to transparency and was not taking the incident seriously”.

US military finds no wrongdoing in Syria strike (msn.com)