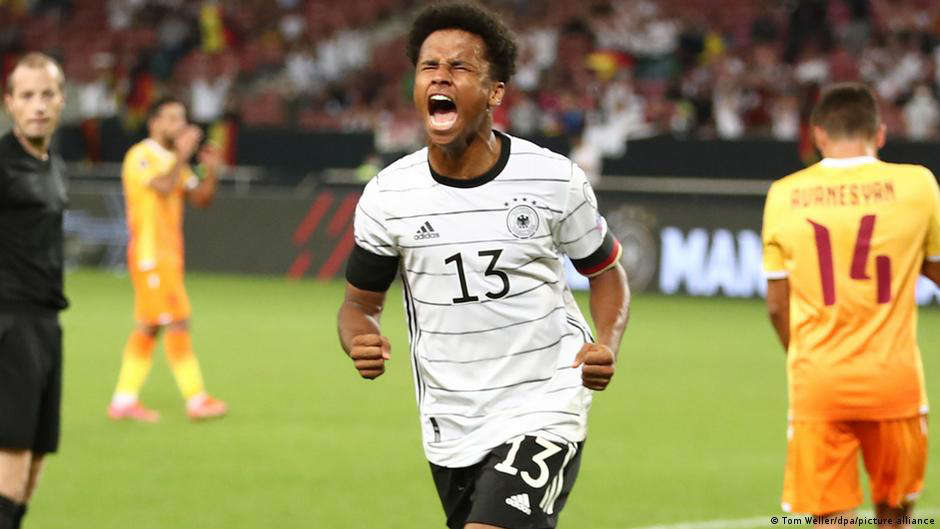 As one goalscorer departs, another arrives at the Westfalenstadion. About an hour after Manchester City confirmed that Erling Haaland would be joining the Premier League champions, Dortmund announced the signing of the top scorer in the Austrian Bundesliga, Karim Adeyemi.

The Germany international, 20, signed a deal until 2027 on Tuesday and said he is in it for the long haul.

“As a young boy I was fascinated by the Black & Yellows’ fast-paced football,” he told the club’s website. “That’s why, as soon as I heard Dortmund were interested in me, I knew I wanted to sign with BVB. I made the conscious decision to sign a long-term deal because I’m convinced that we’re going to form an exciting team, that with the support of the amazing fans in Dortmund will be able to compete for and win titles in the years to come.’’

Who is Karim Adeyemi?

Adeyemi’s rise has been rapid, but not always smooth. He was born in Munich to a Nigerian father, an ex-footballer, and a Romanian mother. As a Black child, Adeyemi wasn’t a stranger to racism.

“I was confronted with racism quite often as a child. My mother suffered from it the most. Maybe these experiences were what made me stronger,” he told Austrian outlet Der Standard. “It shouldn’t be a thing anymore.”