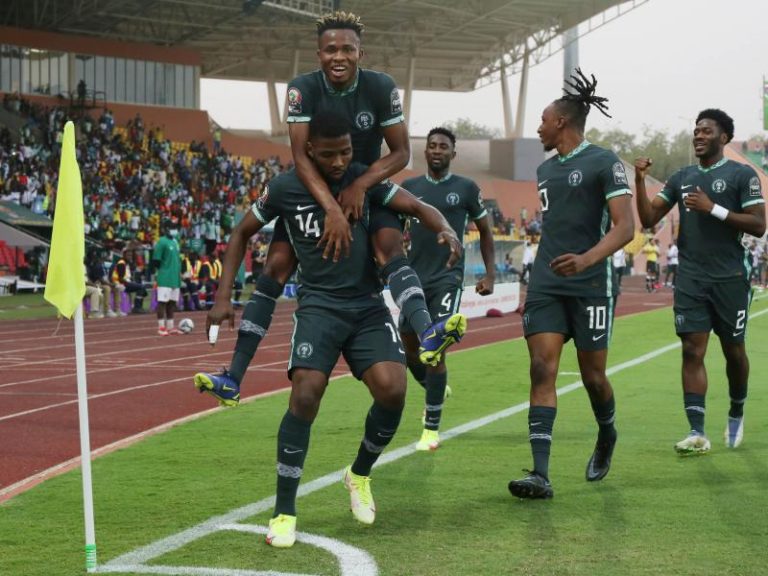 Nigeria begin their quest for a fourth AFCON title with a massive game against seven-time champions Egypt at the Roumde Adija stadium on Tuesday.

And Napoli striker Victor Osimhen has wished his Nigerian teammates all the best of luck as they begin their 2022 Africa Cup of Nations (AFCON) campaign with a clash against Egypt.

The 23-year-old star is not in Cameroon. But he sent his support from Naples ahead of the team’s opener against the Pharaohs.

Ideally, Osimhen would have been in the lineup when the three-time AFCON kings go out on Tuesday. However, the Napoli man had to withdraw from the squad after failing to recover from a facial injury.

Osimhen’s absence is a big blow for Nigeria. But the ex-Lille man has immense trust in his teammates and wishes them luck.

The Napoli star took to his Twitter account to express his support for Austin Eguavoen’s men, starting with the game against Egypt.

Also Read : IT WOULD BE AN HONOUR TO WIN AFCON-SALAH

“Good Luck To The Super Eagles, As They Begin Their AFCON Campaign Tomorrow Against Egypt.”