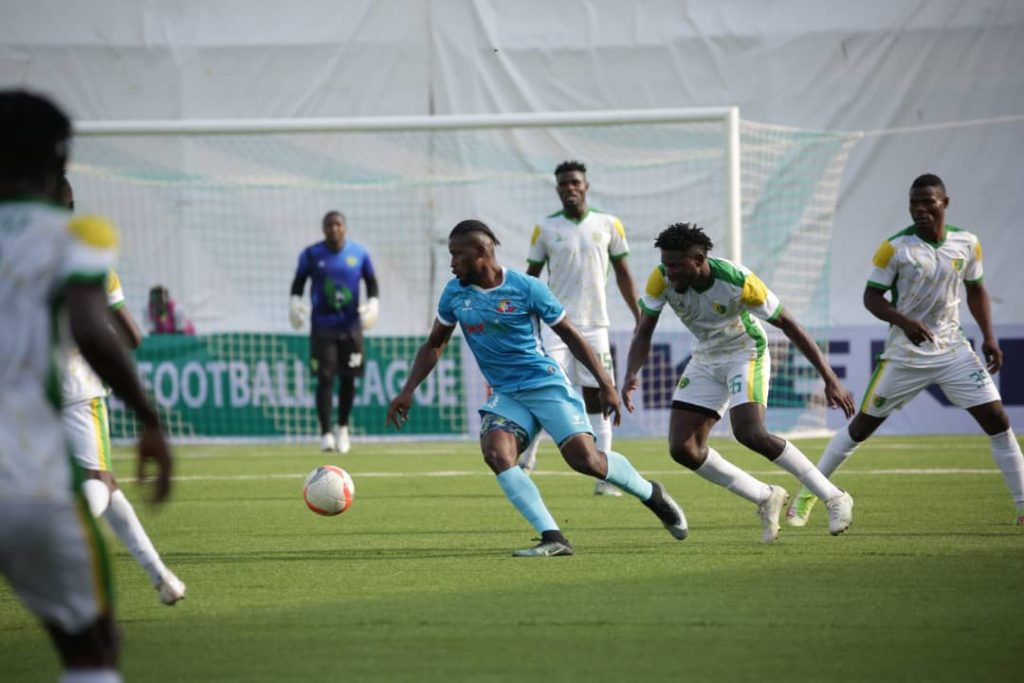 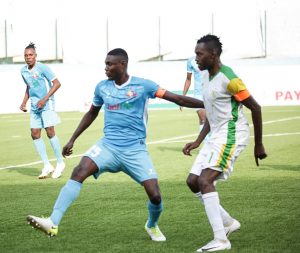 Action continued in the Nigeria Professional Football League (NPFL) despite the Africa Cup of Nations which kick off on Sunday.

No team won away from home on Matchday 5 of the NPFL as Sunshine Stars recorded the highest win of the day following the 3-0 thumbing of Kano Pillars.

At the Ikenne Stadium, Remo Stars extended their unbeaten streak to five games after a 1-0 win against visiting Plateau United.

A 56th minute goal from Adedayo Olamilekan was all Remo Stars needed to get the maximum points.

They now moved two point clear ahead of Rivers United who held Niger Tornadoes to a 1-1 in Minna.

Enyimba returned to winning ways as they defeated visiting Shooting Stars of Ibadan 1-0 at the Enyimba International Stadium.

Finidi George lads avoided a third defeat after they their matchday 3 and matchday 4 loss to Rivers United and Kano Pillars respectively.

Thanks to a Godwin Emmanuel’s goal at four minutes to stoppage time that salvaged the points for the Peoples Elephant.

With the victory, Enyimba moved to third place on the log with nine points after give games.

Dakkada FC were held to a 1-1 draw by Nasarawa United at the Samuel Ogbemudia Stadium.