Skip to content
Africa Business East Africa Kenya LifeStyle Parliament Politics South Africa USA West Africa
Ronald Kabuubi
No Comments
244 Views
Numerical strength, reaching out to third parties and building consensus on contentious clauses are some of the strategies that facilitated the passage of the Political Parties (Amendment) Bill by the National Assembly.
Allies of President Uhuru Kenyatta and ODM leader Raila Odinga had to go back to the drawing board after coming up against fierce rebellion mounted by MPs allied to Deputy President William Ruto and his United Democratic Alliance (UDA) party.Dr Ruto’s camp had managed to derail passage of the proposed law since the first special sitting on December 22 and 23. 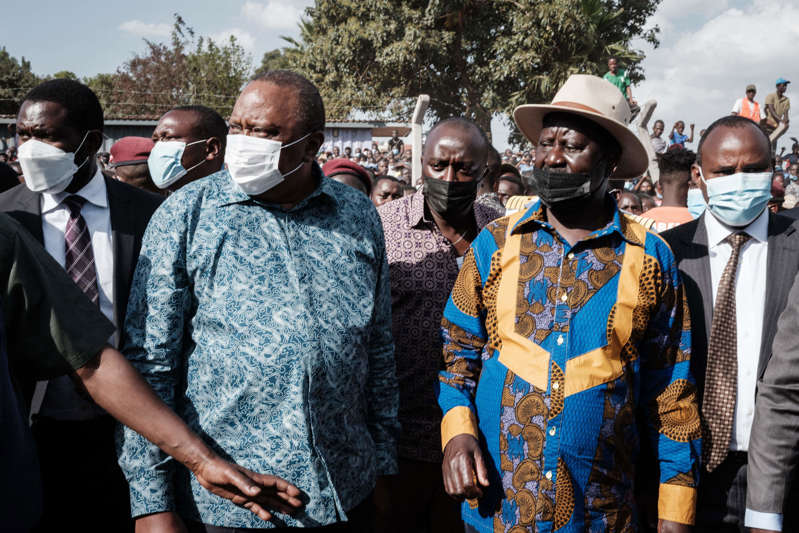 Kenya’s President Uhuru Kenyatta (2ndL) and Kenya’s opposition leader Raila Odinga (2ndR) stand together after attending an inauguration of Kibra Level 3 hospital in Kibera slum in Nairobi on September 29, 2021. (Photo by Yasuyoshi CHIBA / AFP) (Photo by YASUYOSHI CHIBA/AFP via Getty Images)The following week, the UDA camp again managed to upset the Handshake side’s plans to pass the Bill that is expected to make way for an ODM and Jubilee coalition party ahead of the August General Election. However, in the latest sitting on Wednesday, President Kenyatta’s and Mr Odinga’s lawmakers prevailed.

Stunned by narrow victories on multiple amendments and the spectre of the DP’s camp ganging up with some within the Handshake ranks who were opposed to some proposals, the proponents of the Bill sought to build consensus ahead of the final showdown.They realised, for instance, that the clause requiring a coalition party to deposit its agreement with the Registrar of Political Parties six months before a General Election was facing opposition even from within.They, therefore, compromised to four months. This was quickly accepted by MPs allied to Mr Musalia Mudavadi of ANC and Mr Moses Wetang’ula of Ford Kenya, thus puncturing a strategy by the DP’s allies to scuttle the Bill by working with other parties.

Chaotic showAfter a chaotic show last week, majority Leader Amos Kimunya confirmed to the Nation that he held meetings with a section of MPs from other parties who had proposed amendments, which saw the likes of Ugenya MP David Ochieng drop their amendments.“After consulting with the majority leader, I wish to withdraw my amendments,” Mr Ochieng said amid foot thumping from the Handshake side.

To deal with the time-wasting strategy deployed by Tangatanga camp in the previous sittings, Parliament allowed electronic voting. So efficient was the system that it only took one minute for the results to be determined.

Noting that things were not going their way, the UDA MPs blamed their frustrations on the electronic system.“It is not lost on us that only the system on our side is not working and if the IT people have been compromised then we will not proceed with this exercise,” thundered nominated MP Cecily Mbarire on a point of order.

A push to revert to the manual system failed after Director of Legislative and Procedural Services Samuel Njoroge confirmed to the session chairperson Jessica Mbalu that the entire system was working well.

The number of parliamentary orderlies was also increased from the normal 20 to 30 to secure the Speaker, mace, clerks and ensure order prevailed.Ugly scenesFive orderlies surrounded the table where mace is placed.

Three were permanently behind the clerks’ table while two stood at the rear doors beside the Speakers’ chair.“All those who were on leave were recalled. We also had the back-up of officers from the Directorate of Criminal Investigations and the National Intelligence Service at strategic places outside the chambers just in case of anything,” said one of the orderlies who requested not be named.

In order to avoid ugly scenes as witnessed last week – when MPs used water bottles to fight each other – the water bottles were this time placed at the entrance, with a stern warning from the Speaker that anyone who wanted to quench his or her thirst had to do so outside the chamber.

The return of Speaker Justin Muturi also helped streamline operations in the House. He made it clear before the session began that he would not allow crowding around his table, a tactic used by the DP’s allies in previous sittings to frustrate the process.“There will be no need for any member to come and crowd at the Speaker’s table. Those who have problems with their cards should have them sorted out at the Clerk’s office,” he ruled.

Mr Muturi also thwarted an attempt by opponents to the proposed law to re-introduce Clause 7(e) of the Bill, which provided that the registrar may decline to register a party if, among other things, the slogan of the political party is against public interest, over a technicality.

Minority Whip Junet Mohamed said Parliament itself was more organised for the special sitting.Special sitting“Our members had also learnt their lessons from the previous sittings and were ready to handle the DP allies and their theatrics,” Mr Mohamed said.He added that mobilisation of their members two days before the sitting had done the trick, revealing that he had been tasked with taking a roll call and guiding the Handshake MPs on how to vote for the various proposals.

The Bill now goes to the Senate where the Nation has been informed of a special sitting scheduled for next Tuesday, where it will be introduced for first reading.Nairobi Senator Johnstone Sakaja said they expect a robust and mature debate devoid of the kind of drama witnessed in the National Assembly.

Makueni Senator Mutula Kilonzo Jnr said: “We have distinguished ourselves on our conduct of debate.”Nandi Senator Samson Cherargei said the Bill is likely to be referred to the mediation committee as they will not allow certain clauses, such as the role of the Registrar of Political Parties on party nominations, to sail through.“Senate is a sober House and a voice of reason. We expect debate focusing on issues. I know our colleagues in Azimio want to score political points but as UDA, we are ready for the duel,” Mr Cherargei said. 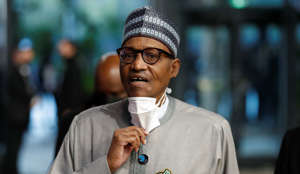 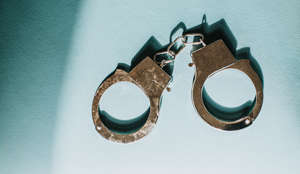 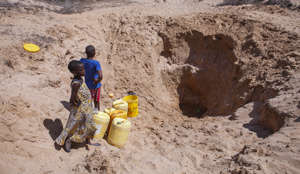 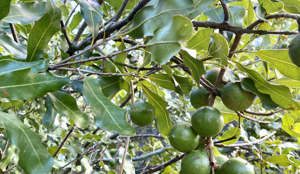 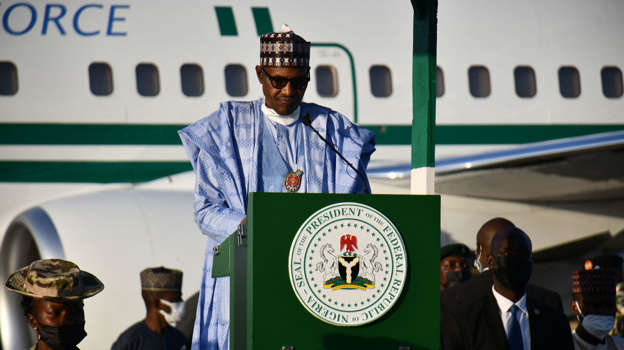 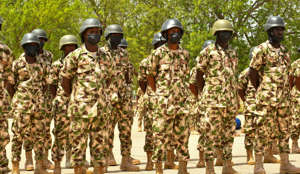 ThE Chairman of the Isoko South Local Government Area of Delta State, Victor Asasa, on Thursday, imposed a dusk-to-dawn curfew on the Igbide and Enhwe communities in the area following renewed clashes between residents of both communities. Soldiers have also been drafted to the troubled zone to quell the uprising. Eyewitnesses said indiscriminate s… 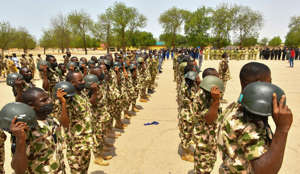 US warns Nigeria over aircraft use

The United States has warned Nigeria that the use of the Super Tucano must comply with international norms as articulated in the United Nations Charter.The US gave the warning on Thursday as the Nigerian military was set to deploy the Super Tucano aircraft in the North-West and North-Central after the Federal Government officially designated bandit…

The death of a US-based Instagram [https://legacy.travelnoire.com/listicle/most-instagrammable-world-heritage-sites/] model in Ghana has sparked some debate on the possible danger and risks of being flown out of the country by a person you may not know very well. Police in Ghana have arrested two suspects in connection with the death of Dasani Williams, who is widely known as Tyger Booty. Williams was found dead in her room at the Rayprosh Hotel…

Nigeria is working on jab: Buhari

Russian troops deploy to Timbuktu in Mali after French withdrawal

CAPE TOWN, South Africa (AP) — Firefighters have left South Africa’s Parliament complex and handed over responsibility for it to police four days after a major blaze destroyed the main chamber of the country’s national legislature, authorities said Thursday. A man suspected of starting Sunday’s fire was arrested and has appeared in court on charges of housebreaking, theft, arson and contravention of a South African security law that restricts…

By Duncan Miriri MOMBASA, Kenya (Reuters) -China said on Thursday it would appoint a special envoy to foster peace in the turbulent Horn of Africa and wanted to shift focus on the continent to trade over infrastructure. Foreign Minister Wang Yi made the comments in Kenya, which has been active in diplomatic efforts to halt war in Ethiopia since lat… 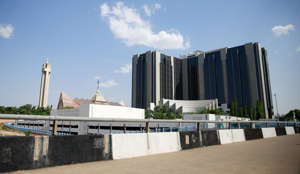 Give us access to diaspora remittances, ABCON tells Central…

The Office of the Auditor-General of the Federation has said the Bank of Agriculture may have become distressed as a result of its inability to meet its obligations and provide meaningful service to the public. According to the auditor-general, developments within the BOA are a major threat to the bank’s continuation as a growing concern, saying th…

Four men who allegedly encroached on private land in the upmarket Karen area of Nairobi owned by President Uhuru Kenyatta will cool their heels at the Muthaiga Police Station for two days. They will record statements and help investigators to arrest more people involved in the attempted grabbing. Milimani Senior Resident Magistrate Jane Kamau direc… 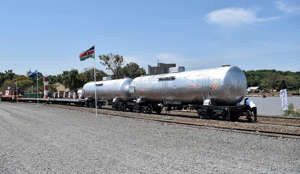 Kenya will double capacity of handling transit petroleum products starting this month from the current 35,000 tonnes as the Sh40 billion new Kipevu Oil Terminal in Mombasa is complete.President Uhuru Kenyatta is scheduled to inspect the facility accompanied by Chinese State Councilor and minister of Foreign Affairs Wang Yi and to conduct a dry run …

Oil marketers are bracing for a possible stock-out of super petrol in Nairobi and Western region, setting the stage for panic buying by motorists. The Kenya Pipeline Company (KPC) attributed the supply snags to “unprecedented demand” over the holiday period and power hitches along the main lines from the Port of Mombasa. The revelations look set to…