(Bloomberg) — Lawyers for Novak Djokovic have mounted a legal challenge against Australia’s decision to refuse him entry after federal officials overruled a state vaccine exemption for the tennis star that sparked a national uproar.

The tennis star, due to contest the Australian Open this month, offered insufficient proof to enter the country under current pandemic rules, the Australian Border Force said Thursday. While he was earlier granted a medical exemption to enter the state of Victoria, the federal government revoked that after officials questioned the athlete for hours at Melbourne Airport. 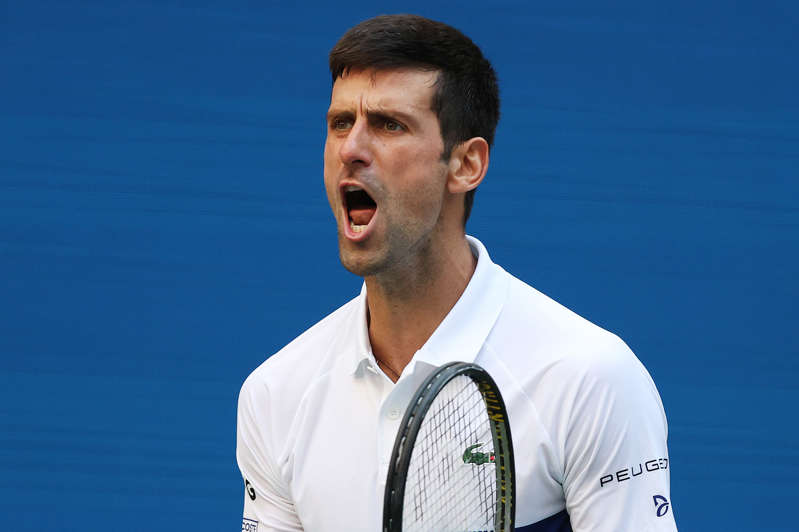 © 2021 Getty Images NEW YORK, NEW YORK – SEPTEMBER 04: Novak Djokovic of Serbia celebrates a point against Kei Nishikori of Japan during his Men’s Singles third round match of the 2021 US Open at the USTA Billie Jean King National Tennis Center on September 04, 2021 in the Flushing neighborhood of the Queens borough of New York City. (Photo by Al Bello/Getty Images)

“Mr Djokovic failed to provide appropriate evidence to meet the entry requirements to Australia, and his visa has been subsequently canceled,” the ABF statement said. “Non-citizens who do not hold a valid visa on entry or who have had their visa canceled will be detained and removed from Australia.”

Djokovic’s lawyers appeared in a Melbourne court Thursday afternoon ahead of a hearing that could stretch into the evening, The Age newspaper reported. Djokovic has been moved to a hotel in the meantime, according to the report. He’s in Melbourne to seek a record 21st Grand Slam victory after winning nine Australian Open singles titles, including the past three tournaments.

The backflip is the latest example of the confusion surrounding Covid guidelines that’s plaguing both officials and citizens as case numbers continue to surge. Throughout the pandemic, states have largely set their own policies on the entry of overseas and local visitors, as well as lockdowns, but the federal government ultimately decides on who can enter the country.

“There are no special cases: rules are rules,” Prime Minister Scott Morrison told reporters in Canberra. “If you are not double vaccinated and not an Australian resident or citizen, you cannot come.”

The disparity between state policies has caused upheaval during the holiday period, with some states demanding tests and different requirements for residents from other regions. The two most populous states, New South Wales and Victoria, have loosened entry restrictions for both overseas and local visitors even as the omicron variant has seen case numbers to surge in recent weeks, with hospitalizations also slowly climbing.

The initial exemption for Djokovic, who has previously criticized vaccine mandates, sparked criticism and anger in host-city Melbourne, which became the world’s most locked down city during the pandemic. The player was among a handful of competitors granted medical exemptions for the tournament, the first of the four annual Grand Slam events, which begins Jan. 17.

Arriving players and support staff from overseas who have a valid medical exemption can follow the same rules for travelers into Victoria state who are fully vaccinated, though face some greater restrictions on entering sensitive settings such as schools.

It’s a marked departure from the experience of the world’s tennis elite in 2021 where 14-day hotel quarantine in Melbourne was required with strict rules around daily testing and close contacts.

Australia’s Covid-Zero strategy to eliminate coronavirus infections in the community has now been abandoned in all but one of the eight states and territories, with the nation recording more than 64,000 new cases on Wednesday.

Victoria state, which includes Melbourne, has a double-dose vaccination level of 93% for those over 12 years of age. On Thursday the state reported a record 21,997 new Covid-19 infections, with hospitalizations rising to 631.

While many Victorians will welcome the Covid rules being applied to overseas sports people as well as themselves, the denial of Djokovic’s entry into the state hasn’t gone down well in his native Serbia.

“I told our Novak that the whole of Serbia is with him, and that our authorities are taking all measures to stop the maltreatment of the world’s best tennis player in the shortest possible time,” President Aleksandar Vucic said in an Instagram post translated from Serbian.