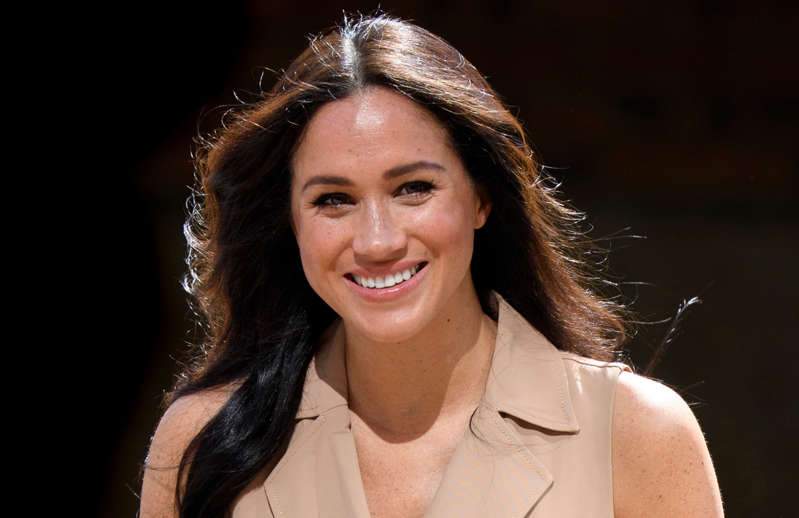 © 2019 Getty Images JOHANNESBURG, SOUTH AFRICA – OCTOBER 01: Meghan, Duchess of Sussex, Patron of the Association of Commonwealth Universities (ACU) visits the University of Johannesburg on October 1, 2019 in Johannesburg, South Africa. (Photo by Tim Rooke – Pool/Getty Images)“Following a hearing on 19-20 January 2021, and a further hearing on 5 May 2021, the Court has given judgment for The Duchess of Sussex on her claim for copyright infringement,” the notice read. “The Court found that Associated Newspapers infringed her copyright by publishing extracts of her handwritten letter to her father in The Mail on Sunday and in Mail Online. Financial remedies have been agreed.”

The former Meghan Markle, 40, wrote a five-page letter to her estranged father, Thomas Markle, in February 2019, after marrying into the royal family in 2018. Associated Newspapers had contended that palace officials helped Meghan write the letter and therefore she didn’t hold the copyright as the sole author.

The court dismissed the Mail’s appeal, ruling that “the Duchess had a reasonable expectation of privacy in the contents of the letter. Those contents were personal, private and not matters of legitimate public interest.”

USA TODAY has reached out to the duchess’ representative for comment.

In a statement earlier this month, Meghan called her win “a victory not just for me, but for anyone who has ever felt scared to stand up for what’s right.”

“While this win is precedent-setting, what matters most is that we are now collectively brave enough to reshape a tabloid industry that conditions people to be cruel, and profits from the lies and pain that they create,” the statement said.

The American actress, who starred in TV’s “Suits,” married Harry, son of Prince Charles and the late Princess Diana and grandson of Queen Elizabeth II, on May 19, 2018, at Windsor Castle. The wedding was watched by millions but wasn’t attended by her father, who said he was hospitalized for heart problems in California.

The couple announced in January 2020 that they were stepping away from their senior royal roles and moving to North America to pursue more freedom, financial independence and privacy.

Harry and Meghan now live in Santa Barbara County with their young children, Archie, 2, and Lilibet, 6 months, sharing a first photo of their daughter on their Christmas card. They have signed deals with Netflix and Spotify to produce documentary and entertainment content.